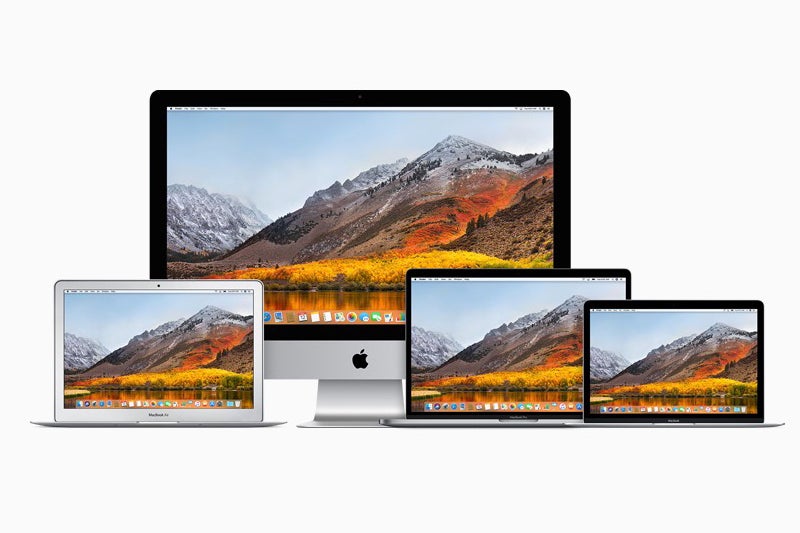 2017 was a pretty good year for the Mac, if you consider how 2016 went. We got new iMacs and an iMac Pro, timely revisions to the MacBook Pro and MacBook, and a promise of a new Mac Pro in the future. I got more of what I wished for than I’d expected.

With my 2017 calendar looking awfully thin, it’s time to turn to 2018. Here’s a collection of my hopes, dreams, and wild ideas for what I’d like to see from the Mac in the next year.

A Mac Pro with real upgradability

In 2017 Apple promised that a Mac Pro was finally forthcoming, changing a narrative that suggested that the forthcoming iMac Pro would be the only pro-level desktop Mac Apple would ever make. We know almost nothing about the new Mac Pro—the last time I checked, Apple hadn’t even committed to releasing it in 2018. But I’m going to put it at the top of my wish list.

In 2018, I want to see a new Mac Pro. But more than that, I want to see it really live up to Apple’s statements that it will be modular and expandable. If you listen to pro-level users talk about what they want in a Mac Pro, you’ll hear requests for upgradeability—to the latest and greatest graphics processors, for example. RAM and SSD upgrades also seem like a natural.

In terms of modularity, I’d love to see the Mac Pro cover a wider range of features and functionality than the iMac Pro does. Imagine a base model Mac Pro that’s cheaper than the iMac Pro, with similar specs to the base-model iMac Pro. Designing a computer that can reach the heights that the Mac Pro should be able to reach means that it can’t be all things to all people—there’s not going to be a $999 configuration that replaces the Mac mini—but the wider the spread of hardware options, the more potential users it can appeal to.

It’s been three years since the Mac mini got an update—and let’s be honest, the last update was both minor and disappointing. 2018 is the year for the Mac mini revival. The Mac mini is never going to be a major part of Apple’s Mac product line, but it adds a huge amount of versatility to the platform, and that’s reason enough to keep it around. There’s been at least one Mac mini running in my house for more than a decade.

The Mac mini doesn’t need to be updated every year, though it wouldn’t hurt if it got updated to modern chip technology every couple of years. This year, though, I’m hoping for a bigger change. Just as the Mac mini slimmed down in 2010 and abandoned its optical drive in 2011, it’s time for a new Mac mini design that’s built without leaving any space for traditional hard drive.

Intel has demonstrated that you can fit a full-on Intel PC in a box the size of an Apple TV; a new Mac mini doesn’t necessarily need to be quite that small, but I’d love to see the tiny PC Apple would design if huge spinning disks were no longer an issue. Throw in Thunderbolt 3 support for fast outboard storage, and you’ve got a platform that can serve Mac users well for many years to come. It’s time.

In June of 2017 Apple updated the MacBook, its second revision of its tiny Retina laptop. It should do the same in 2018, keeping pace with the latest in low-power-consumption Intel processors.

But for the third straight year, I’m also hoping that we’ll see a proper MacBook update, one that does more than just speed up the internals. My wish list will be familiar if you’ve read any of my columns here: An extra USB-C port and, if it’s possible, support for Thunderbolt 3. That’s it!

I don’t think the MacBook needs a gigantic redesign. But the addition of Thunderbolt 3 would reduce compatibility confusion in the Mac product line, and a second port would allow you to plug in a USB device while powering the laptop without any dongles.

Updating the MacBook Pro at WWDC this year was a big step for Apple. After a few years of sluggish Mac updates, Apple made the effort to update the MacBook Pro to the latest Intel chip family less than a year after the most recent release.

That was good. It potentially marks a sign that Apple has recommitted to updating the Mac, or at least professional-level Mac systems, on a more timely basis. In 2018, though, Apple needs to keep walking that walk and proving to pros that Apple hardware is going to stay current. That means another MacBook Pro revision in 2018. It will be welcome.

A new keyboard for the Pro laptops

The new keyboard Apple is using on all of its modern laptops is remarkably polarizing; some people love it, some people hate it. The problem is, if you’re a Mac laptop user, you’ve got no alternative other than to sit out this generation and hope for new hardware someday. Worse for Apple, it seems that the keyboard is much more prone to failure than previous keyboards—and much more expensive to fix or replace.

So I’m officially adding this to my wish list: I think it’s time for Apple to backtrack on a design misstep and change the keyboard on the MacBook Pro. A pro laptop deserves a great keyboard, not one that was built as a compromise in exchange for the ultra-thinness of the MacBook. Apple doesn’t have to revert to the old keyboard style or make a laptop version of the Magic Keyboard, but whatever it does, it needs to be a design that has broad appeal—and improved reliability.

Very little has happened on the Touch Bar front since it was introduced. Many people criticize it as a weird input device that’s neither fish nor fowl, but when you’re using it in an app that’s been optimized for it, you can begin to see that it has appeal in certain circumstances. It could be even more useful if third-party developers were able to access it and offer controls on it regardless of what app is currently running—but that’s not currently possible. No major features were added in High Sierra.

If Apple’s truly committed to the Touch Bar for the long term, it’s time to see some progress. That means expanded or updated software, and it might even mean modifications to the hardware. (A lot of squawking could probably be avoided simply by narrowing the Touch Bar and providing a hardware escape key at the top left.)

Touch ID on the MacBook Pro is pretty great, but Apple’s already moved on to Face ID on the iPhone X. And almost every Mac in existence has a camera attached. Microsoft offers Windows Hello, which lets you log in to your PC via your face. It’s time for biometric authentication to come to the Mac in a big way, and the right way to do that is to start adding Face ID functionality to the Mac. All the groundwork is there. It’s time.

Stability. That’s it. The Mac is a mature platform used by millions of people for work and play. The most important thing to do is keep the platform stable. Reduce bugs, remove security flaws, and keep everything running smoothly. The Mac thrives because it is recognizably the Mac. I don’t think it’s in anyone’s best interest—not Mac users, not the Mac platform’s overall health, and not Apple’s strategic goals—for Apple to invest energy in a rethink of macOS to turn it into something it’s not.

This isn’t to say that I don’t want Apple to keep pushing things forward. But I’d rather than happen over on iOS, a much younger platform, than on macOS. Let the Mac be the Mac; let iOS continue to grow and change. And, yes, maybe Apple will also start working on whatever platform comes after the Mac and iOS—but that’s a development I sincerely doubt we’ll be seeing in 2018.