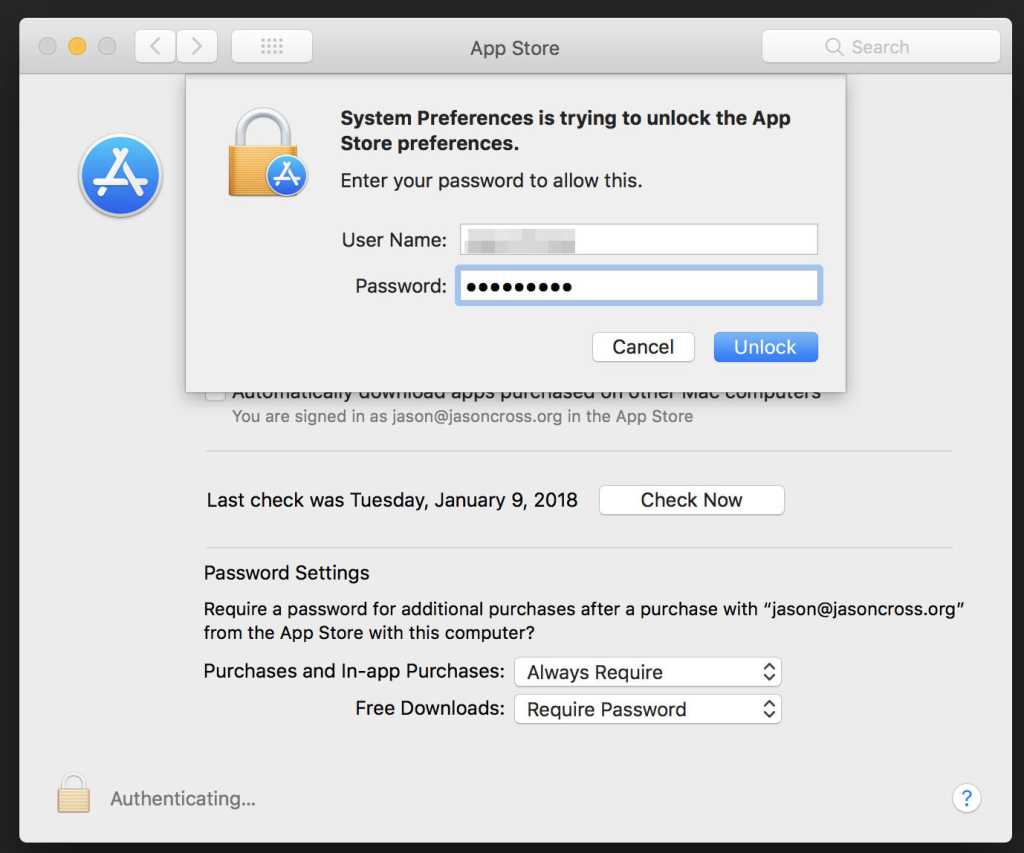 Less than two months ago, Apple users discovered a bug in macOS that allowed anyone to log in with root access. Apple apologized and fixed it quickly, but now users on Open Radar have found a similar (but far less severe) macOS password bug.

The App Store preferences pane should unlock. We tried it on a new iMac and MacBook Pro, both with macOS 10.13.2, and it worked.

The bad news is that this is a really easy to replicate security vulnerability. The good news is that users running the 10.13.3 beta have not yet been able to reproduce the bug, so it’s probably fixed in that upcoming release. Update: Apple has confirmed that 10.13.3 does indeed fix this bug.

This is also nowhere near as serious as the root bug was. Allowing anyone with admin access to your Mac to access your App Store system preferences is bad, but it’s not like it would let them rack up a ton of charges or steal your data (the most lenient setting for purchases is to require your password after 15 minutes). It can’t compromise your personal information.

Between late November and early December of last year, Apple users were treated to a flurry of problems. The worst was the infamous root bug, which was quickly fixed with a patch that broke file sharing for some users. But we can’t forget the iOS bug where users couldn’t type a capital I. And then iPhones got stuck in a boot loop on December 2. (We’ll give Apple a pass on Meltdown/Spectre, as that one hit the entire computing industry.)

At the time of the root bug, Apple released a statement saying:

We greatly regret this error and we apologize to all Mac users, both for releasing with this vulnerability and for the concern it has caused. Our customers deserve better. We are auditing our development processes to help prevent this from happening again.

Later, Phil Schiller downplayed the notion that there were systemic problems at Apple. “We just had a bad week. A couple of things happened, that’s all.” He once again promised to audit Apple’s systems and processes to prevent this sort of thing from happening again.

And yet here we are, not halfway into January, with another “they really should have caught this” bug. While it’s not nearly as serious as those of the infamous “bad week,” it’s still an amateur-hour mistake that makes it easy to question Apple’s renewed commitment to quality.