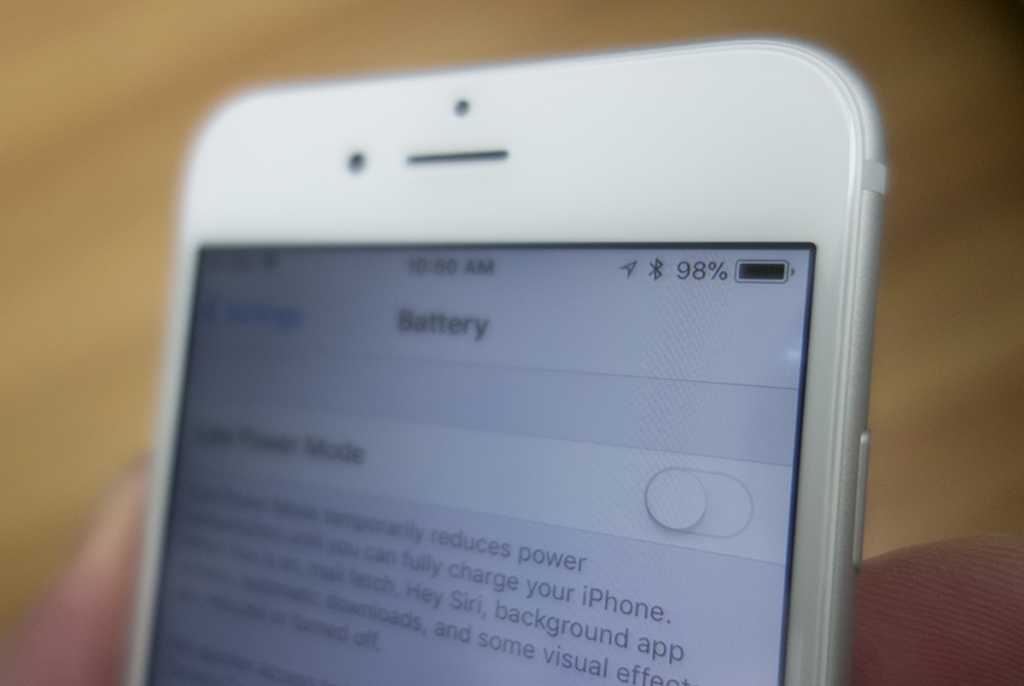 In an interview with ABC News to tout Apple’s new jobs strategy, second U.S. campus, and repatriation of some $250 billion in overseas cash, Tim Cook also spoke for the first time about the iPhone battery issue, offering an apology, a little blame, and an upcoming fix.

Apple has already come clean on its practice of slowing down older iPhones to prevent against unnecessary shutdowns, but Cook put a slightly different spin on things, saying “a lot of people weren’t paying attention” when Apple originally released the iOS 10.2.1 update that started throttling chip speeds. At the time, this is what Apple had to say in a statement provided to TechCrunch:

“With iOS 10.2.1, Apple made improvements to reduce occurrences of unexpected shutdowns that a small number of users were experiencing with their iPhone. iOS 10.2.1 already has over 50% of active iOS devices upgraded and the diagnostic data we’ve received from upgraders shows that for this small percentage of users experiencing the issue, we’re seeing a more than 80% reduction in iPhone 6s and over 70% reduction on iPhone 6 of devices unexpectedly shutting down.”

Even if you were paying attention, the statement doesn’t exactly come out and say chip speeds are being reduced. In its release notes, Apple simply stated the update “includes bug fixes and improves the security of your iPhone or iPad.” So, if there was something Apple told us about performance throttling, we can’t find it.

However, Tim Cook also offers apologies for the whole issue, saying Apple “maybe should have been clearer.”

“We focus on the user experience. We felt it would be better to take something off of performance to prevent (unexpected restarts) from happening. … So, we deeply apologize for anybody who thinks we had some kind of other motivation. … If anybody out there thinks we did something nefarious, we apologize for anything we did or didn’t do. Our actions were always the purest.”

Battery enhancements on the way

More importantly, Cook is backing up his words with actions. “In addition to giving everybody a very very low price on a battery … we’re also going to, in a developer release, we’re going to give people the visibility of the health of their battery. … We’ll tell somebody that we’re reducing your performance for some amount in order to not have an unexpected restart, and if you don’t want it, you can turn it off.”

That means we’ll be able to see an approximation of the health of our battery inside the Settings tab and get a new toggle that will let us turn off the throttling if we so desire. Apple is currently on the sixth round of betas in its testing of iOS 11.2.5, but it’s unclear whether the battery changes will be part of this update or the next one.

However, if you’re hoping for an iPhone X that doesn’t cost $1,000, Cook throws a big old bucket of cold water on that idea: The phone costs what the innovation inside costs, he said, and we believe it’s the right price.

The impact on you at home: No matter how you slice it, this is great news for iPhone users. Even if you’re not affected by the slowdown, have a new battery, or just bought an iPhone X, this issue is bound to spring up at some point. Transparency and options are never a bad thing, and both the health monitor and the throttling toggle are excellent additions. Here’s hoping that Apple continues to give users control over iOS so they can get they experience they want, not necessarily the one Apple things is best.