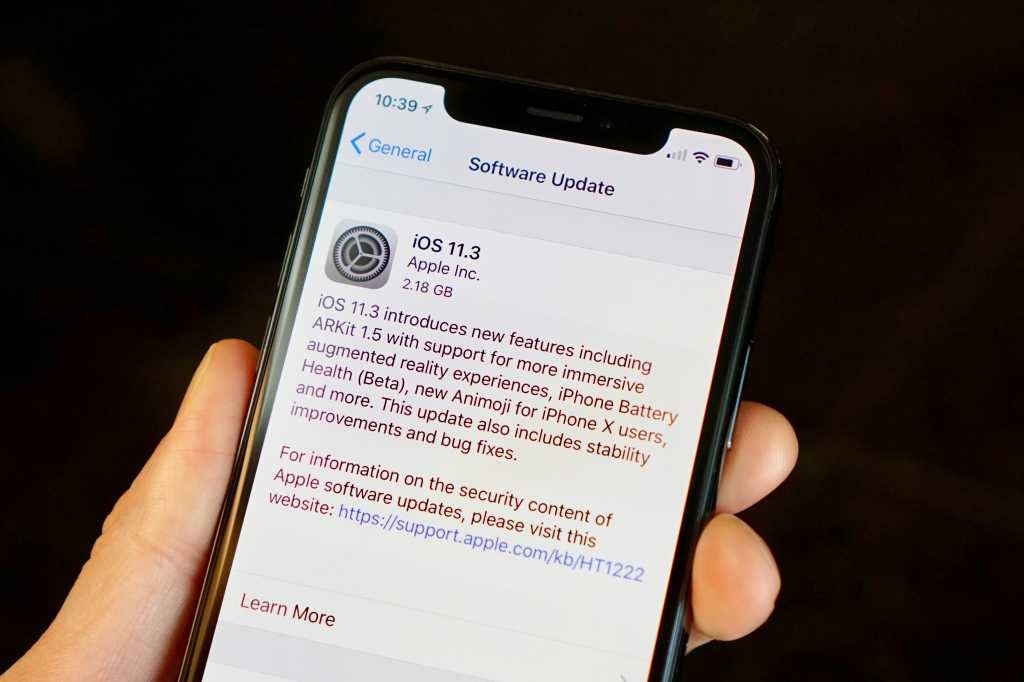 iOS 11.3 has been released. First previewed by Apple in January, the release has gone through six beta releases, over which many of the features have appeared and disappeared. It is available for iPhone, iPad, and HomePod, and is accompanied by updates for Apple’s other devices: tvOS 11.3 for Apple TV and WatchOS 4.3 for Apple Watch.

Notably absent from this release is AirPlay 2, which will surely disappoint all the HomePod early adopters. Also missing is Messages in iCloud, first promised for iOS 11 back at WWDC in June 2017. The feature was available in the latest beta, but has been removed from the final 11.3 release.

Here’s everything you need to know about what’s in iOS 11.3.

As promised, Apple has brought much-needed power management to the battery settings in iOS 11.3. Users can see their overall battery health, and your phone will recommend if it needs to be serviced. You will also be told if your battery is triggering a chip slowdown, and you can choose to turn that feature off. The switch will only be available for iPhone 6, iPhone 6 Plus, iPhone SE, iPhone 6s, iPhone 6s Plus, iPhone 7 and iPhone 7 Plus.

Head to Settings > Battery > Battery Health (Beta) and you will see the peak capacity (relative to a brand-new battery) and whether or not your phone is capable of sustaining peak performance. If your older iPhone is subject to slowing down because the battery can no longer deliver the necessary peak voltage for full performance, this is where you would see it. This is also where you would disable such throttling.

Apple is also raising its AR game with ARKit 1.5, bringing “even more immersive AR experiences that better integrate with the world and giving them the tools to power a new generation of AR apps.” The new ARKit will be able to recognize and place virtual objects on vertical surfaces such as walls and doors, as well as map non-square surfaces such as circular tables. The real-time video view on your screen gets a big boost in resolution, too.

iPhone X users will also get four new Animoji to play with: a lion, bear, dragon, and skull.

Users can expect better password autofill (including in apps that use Web View), a better Reader mode, and improved protection against cross-site web tracking.

Apple has added a new feature to Messages called Business Chat that lets users communicate directly with businesses, including Discover, Hilton, Lowe’s, and Wells Fargo. That way, you can schedule service appointments or make purchases without sharing contact information.

iOS 11.3 features a new Health Records app that aims to streamline patients’ medical data across health-care providers. According to Apple, the passcode-protected app will collect health data from various institutions and organize them into a single view, including notifications for lab results, medications, and conditions. A limited number of health providers support this feature right now (as it is in beta), but the list will surely grow over time.

Videos in Music and News

Apple is highlighting HomeKit software authentication (a feature it first talked about last year), which removes a big barrier for smart home gadget makers. They used to have to include a special secure authentication chip in their products to support HomeKit, but no longer.

Apple will also support Advanced Mobile Location (AML). This is a feature used primarily across Europe that will automatically turn on location services and text your location to emergency responders when you call emergency services. It has been supported on Android since 2016 and already has some high-profile success stories, so it’s good to see Apple jumping on board.

iOS 11.3 is full of small improvements, too. There’s better power management for iPads that are constantly hooked up to a power supply (like those in kiosks), a few tweaks to the App Store, and improved Japanese and Chinese keyboards, just to name a few.

And of course, you’ll find a lot of bug fixes in this release.

You’ll receive a notification that iOS 11.3 is ready for you sometime over the coming days. But if you want to grab it as soon as possible, simply open Settings and head to General and then Software Update.