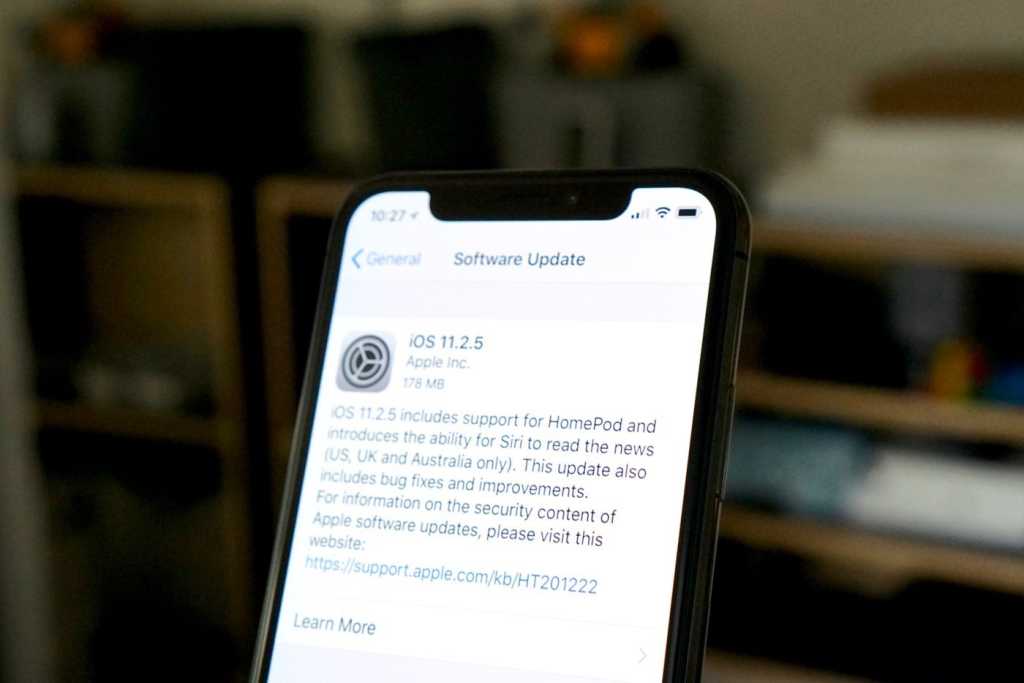 It’s time to update all your Apple gear! A relative minor point release update has just been released for iOS, tvOS, and watchOS. When you get the time, you should update all your iPhones, iPads, AppleTVs, and Apple Watches.

You won’t find dramatic changes or really big new features in iOS 11.2.5, but it does add support for HomePod ( coming February 9th) and the ability for Siri to play audio news. That last one is a little odd, because the feature went live last week and worked fine on earlier versions of iOS. Here’s what Apple lists in the release notes:

To update your iPhone or iPad, open Settings, go to General, then Software Update.

You can update your Apple TV by opening Settings and going to Software Update.

As with tvOS, the latest release of watchOS focuses on “improvements and bug fixes” and has no outwardly visible changes. Still, bug fixes are good and you should probably grab this update.

To update your Apple Watch, you’ll need to have at least 50 percent charge, have the watch on its charger, and within range of the iPhone to which it is synced. Then, on the iPhone, open the Watch app, select General, then Software Update.