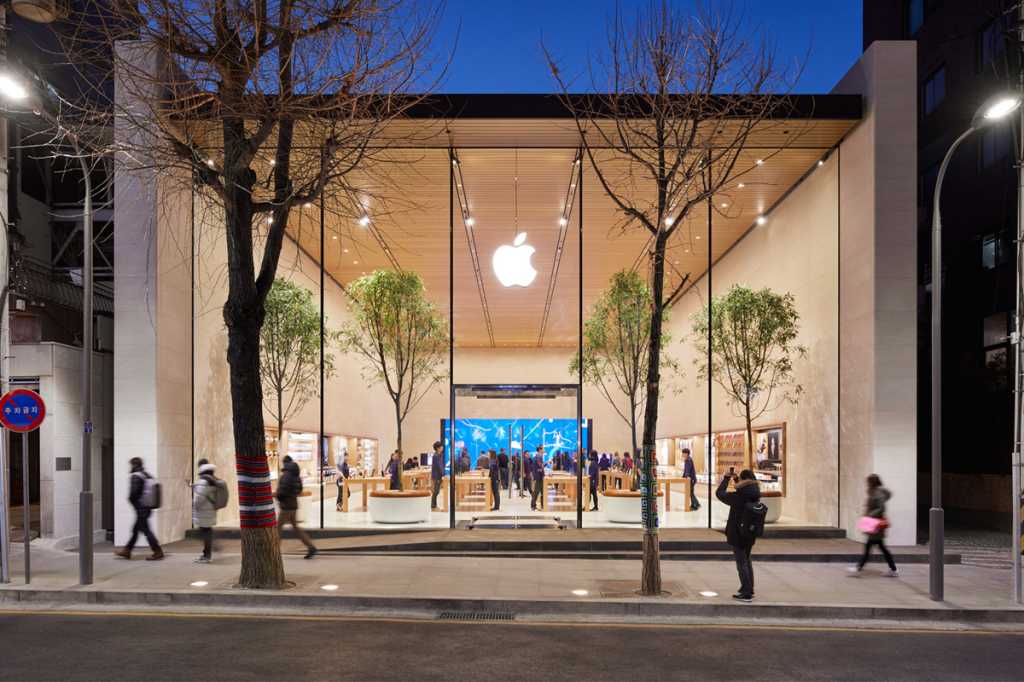 If iPhone X is slumping, it’s sure not affecting Apple’s bottom line. In the quarter ending December 31, 2017, Apple reported a record revenue of $88.3 billion, a 13 percent increase over last year’s $78.4 billion (which was also a record). Additionally, Apple posted an all-time record quarterly earnings per diluted share of $3.89. And that’s with one less week of sales over last year’s first quarter.

Leading the way was the iPhone, but not due to unit sales. Apple moved 77.3 million iPhones in the three-month holiday quarter, about a million less than last year, but revenue grew by more than $7 billion to $61.6 billion. While Apple didn’t break out the different models of iPhone, it’s clear that the higher price of iPhone X contributed to the gains. Tim Cook said the newly redesigned handset “surpassed our expectations and has been our top-selling iPhone every week since it shipped in November.”

Apple sold 5.1 million Macs and 13.2 million iPads during the period, versus 5.5 million and 13.1 million over the previous period. Apple’s stock jumped more than 3 percent on the news.

Despite somewhat weak sales, the iPhone X was seemingly a stronger performer overseas, with all of its operating segments posting year-over-year revenue growth. In the all-important Greater China region, revenue grew 11 percent, and Japan was particularly strong with 26 percent growth.

Another big seller over the holiday quarter was Apple Watch and AirPods. While Apple doesn’t specifically release numbers for these products, revenue in the “Other Products” category (of which they are a part) surged more than 35 percent to $5.5 billion. Chief Financial Officer Luca Maestri said revenue from wearables was up 70 percent year over year, with the product category contributing more revenue than any other product besides iPhone.

Additionally, Cook said sales of Apple Watch were up 50 percent for the fourth consecutive quarter, and Series 3 sales were more than twice that of Series 2 a year ago.

Last month, Apple topped 1.3 billion active devices for the first time, a 30 percent jump in two years. The influx of new users helped push its Services revenue to $8.5 billion, an increase of 18 percent over the 2017 but slightly down from last quarter.

For the second quarter, Apple projects revenue between $60 billion and $62 billion, the first quarter the includes sales of HomePod, Apple’s first smart speaker. That would represent an increase of roughly 15 percent over last quarter’s $52.9 billion.