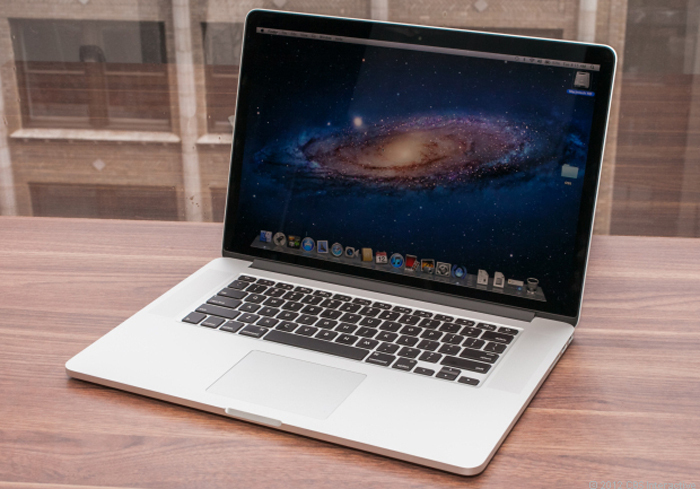 Correction: The model of laptop my wife has has a SATA III controller, but Apple supplied only a SATA II drive with it and the controller will not support any of several SATA III-only drives installed. See more details at the end of the article.

It was baffling, irritating, and inexplicable. My wife’s late-2011 MacBook Pro remains in generally good condition, but she started to bump up against the storage limits of its 500GB drive, between iPhone photos and videos and her music collection. She prefers to not use iCloud for sync and storage, especially after watching me wrestle with problems over the years. (It all works fine for me now.)

A drive upgrade seemed a logical and easy course. Apple used to make it relatively easy to pop a new 2.5-inch drive, and this model wasn’t an exception. You pop a few screws on the underside, disconnect the battery (optional, but sensible), and then remove the drive interface cable and a few mounting and locking screws. Reverse the process, and you’re all set.

I’ve done this dozens of times for desktop and laptop Macs over the years. No biggie, right? Using an external drive enclosure, I’d clone her drive. But the minute I popped the new 1TB drive into the laptop and restarted, things went haywire. Sometimes, not right away; others times, immediately at boot. If it were a drive controller or cable problem, we should have seen this happen before, or at least after I returned the original drive into its slot. I tried with three drives from two manufacturers, and only her Apple-supplied drive would work.

I tweeted about this frustration on my latest failure, and my friend Alanna asked: are you sure this laptop model can accept a 1TB drive? I was sure! Or so I thought. I researched again to make sure there wasn’t a known controller flaw or limitation, and there wasn’t. (If you can find a 4TB laptop drive that’s no higher than 9.5mm, you’re good.)

But I did find a number of people discussing an issue between 2012 and 2015 related to this and similar models: a drive-interface standard mismatch, despite seeming compatibility.

Until relatively recently and for many years, nearly all desktop and laptop computers used the Serial ATA (SATA) standard in version I, II, or III as the protocol for moving data to and from the computer to a disk drive. (Apple has replaced this with a PCIe bus in modern MacBook Pros.)

SATA I offered a maximum 1.5 gigabits per second (150 megabytes per second) transfer rates; II doubled to 3Gbps (300MBps); and III doubled again to 6Gbps (600MBps). Each successive standard is backwards compatible with the previous one and they all use the same physical connector type. The late-2011 MacBook Pro supports SATA III—but Apple included only a SATA II hard drive (HDD), which may have been for cost reasons, but also should have been a clue.

Drive controllers in a computer are backwards compatible, allowing a SATA III controller to work with a SATA II drive, while the reverse isn’t always the case. This is surprisingly difficult to discover online, probably because there was a transition period in which computers shifted to SATA III and many drives were hybrid II/III drives that auto-sensed the controller type, could be set to II or III using “jumpers” (clips on a special area of the drive), or could have drive firmware flashed to II or III compatibility.

A SATA III-only drive apparently doesn’t just not work with a SATA II controller, but tries to move data and fails intermittently. And although this model of Mac features a chipset designed to do handle SATA III, none of three different SATA III-only HDDs worked with it. When I upgraded my wife’s computer, it wouldn’t boot into macOS, but it would boot into Recovery on the same drive, which was doubly mystifying. I’d given up until my friend asked that question. (I since think Apple uses driver settings for hardware while in Recovery designed to maximize compatibility even at the expense of performance, and that has something to do with it.)

After a fair amount of searching, I found several accounts on forums from people starting in 2012 and for a few years after wrestling with this problem with MacBook Pro models older as new as my wife’s, and describing their solution: get a SATA II-only drive or a SATA III drive with a SATA II mode. There’s an excellent discussion in 2013 at iFixIt, which if I’d found a while ago, would have let me bypass this entire problem. (Other World Computing posted an item back in 2011 as well, explaining that some 2011 MacBook Pros had issues with SATA III drives that were fixed with an Apple EFI firmware upgrade, but my wife’s Mac had that and later EFI updates applied, and people reported this problem with other MacBook Pro models as well.)

I sought out an older SATA II-only 1TB laptop drive, which was sold new in the bag, though manufactured in 2015, from a reliable third-party seller. This time, I went through the same steps to clone and swap the drive, and it worked as expected.

It’s possible something in the controller failed, that my wife received a faulty unit, or that there were a subset of models shipped that had a known problem. At this point, we’ll never find out why, but we seem to have found something that works and that others had uncovered before us.

Addendum: Macworld reader Jeffrey pointed out with the original version of this article that a mid-2012 MacBook Pro had a SATA III controller. And it turns out my wife had a late-2011 model purchased in 2012. We’ve updated the article for accuracy. However, this model of Mac must have controller issues, which I don’t expect Apple to diagnose six years later: the company shipped a SATA II drive, three (and possibly) SATA III major-brand hard drives I tried with the Mac failed to work, the new SATA II drive is performing correctly, and other users had issues with 2011 and 2012 models that they discussed in forums at that time and slightly afterwards when they attempted to upgrade drives. Sorry for the errors.