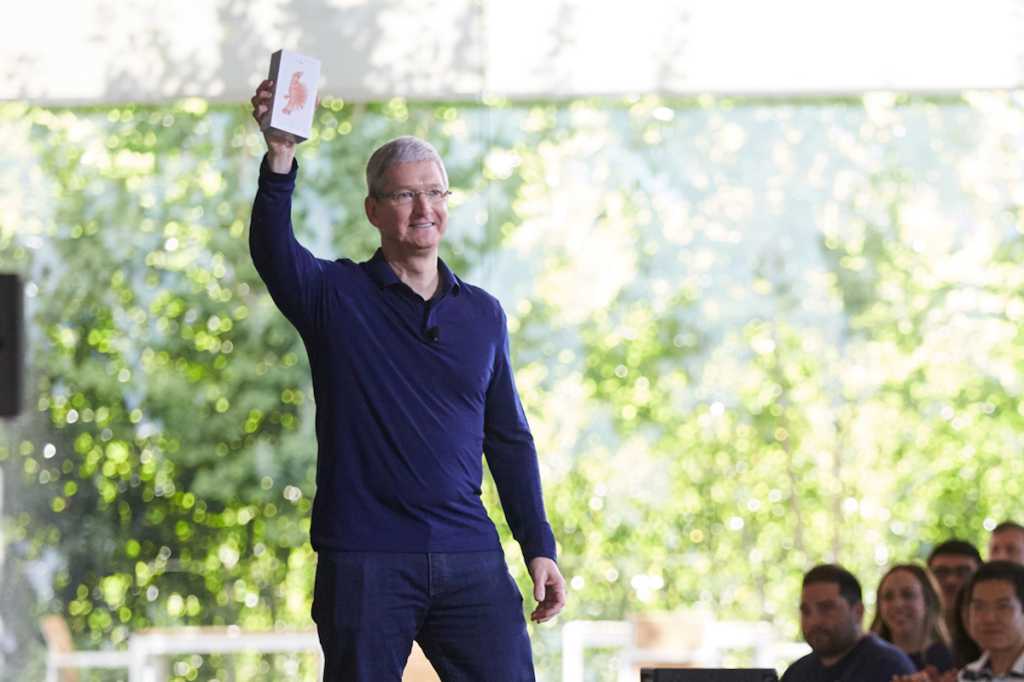 Three months ago, Apple boldly asserted that the holiday quarter of 2017, its first financial quarter of this fiscal year, would be the company’s biggest in history. They weren’t wrong. In fact, Apple’s holiday quarter generated $88.3 billion in revenue, blowing past even the high side of Apple’s estimates.

By just about any way you measure it, this was a great quarter for Apple. But of course, the devil’s in the details, whether it’s line items in the corporate reports or in tidbits revealed during the company’s regular phone call with analysts. So here’s a look at four tidbits we learned about Apple’s big quarter.

The long and short of it

Apple’s previous holiday quarter (which was in fiscal year 2017, but calendar year 2016) saw solid results, with slight sales growth. But as many observers pointed out at the time, Apple was buoyed by a slightly longer quarter. The holiday quarter for calendar 2016 was 14 weeks long, meaning that the slight growth was really a slight decline if you considered the weekly averages.

That quirk of the calendar worked to Apple’s benefit last year, goosing its results. But it also meant that for the holiday quarter of 2017, the bar would be that much higher—the company’s sales would have to beat a longer time period to show quarterly growth.

It turned out to be quite good timing for Apple, because the company did beat last year’s numbers in most areas. In one area, however, it didn’t: iPhone unit sales. Apple CEO Tim Cook declared the quarter’s sales “the highest number ever for a 13-week quarter,” and pointed out that “Average weekly iPhone sales were up six percent compared to the December quarter last year.”

In other words, Apple sold more phones per day than last holiday quarter… but last quarter had seven more days. And Apple wants to make sure that you know it.

The iPhone X strategy seems to have worked

If you see a story that says iPhone sales in the holiday quarter were disappointing, check to see if they mention the number of weeks in the quarter, or if they cite overheated analyst estimates. Because the numbers make it clear that this is a strong validation of Apple’s somewhat risky strategy to restructure the contents of its most popular product line.

But look a little deeper: In terms of revenue, the iPhone generated $61.6 billion, compared to $54.4 billion in the year-ago quarter. That’s a 13 percent revenue increase… or a 22 percent increase if you correct for the week disparity.

How to explain this? Pretty simple: The iPhone X strategy, to release an even higher-end iPhone above the “standard” iPhone 8 and iPhone 8 Plus models, worked. The average selling price of a holiday-quarter iPhone jumped by $100. “Since the launch of iPhone X it has been the most popular iPhone every week since, and that is even through today actually, through January,” said Cook. (Keep in mind that iPhone X only started shipping in November, so it could only impact the quarterly results for a portion of the time.)

A record number of active users

One of the huge bits of information in the conference call with analysts was Cook’s reveal that Apple now has an installed base of 1.3 billion devices, which is “an all-time high for all of our major products” and a 30 percent growth in two years.

So, there are more iPads, iPhones, and Macs currently in use than ever before. How does that work? One reason—and Cook didn’t shy away from mentioning it—is the long product life of Apple products, and the resale market. When Apple sells a new iPhone, the old iPhone it’s replacing often goes to someone else.

“The reliability of iPhone is fantastic,” Cook said. “The previously-owned market has expanded in units over the years. And you see in many cases carriers and retailers having very vibrant programs around trading an iPhone in, and because iPhone has the largest residual rate on it, it acts as a buffer for the customer to buy a new one, and it winds up with another customer somewhere else that is perfectly fine with with having a previously owned iPhone. And so I view all of that to be incredibly positive. [The] more people on iPhones, the better.”

While Apple doesn’t necessarily make money directly from the sale of a used iPhone, it benefits by having more people in its ecosystem, as evidenced by the continued growth in Apple’s Services category. That person on a used iPhone still buys apps, rents movies, and maybe even subscribes to Apple Music.

Piper Jaffray’s Mike Olson apparently drew the short straw at the Analyst Club meeting this quarter, so he got to be the one to vainly attempt to get Tim Cook to spill secrets about future Apple products, which Apple, never, ever does.

“I know you don’t talk about future products, which is often the preface to questions about future products, and I’ll give it a shot,” Olson said. “When you think conceptually about the path for iPhone X-style devices going forward, is there any reason the roadmap wouldn’t consist of multiple devices, as we’ve seen with past iPhone upgrades?”

Good try, Olson. And to be fair, Cook threw him a bone—by restating something that was said at the iPhone X launch last fall.

“As we said when we launched it, we were setting up the next decade,” Cook said. “So you can you can bet that we’re pulling that string.”

You heard it here, folks: There will be future iPhones and they’ll build on the iPhone X. Aren’t you glad you asked, Mike?