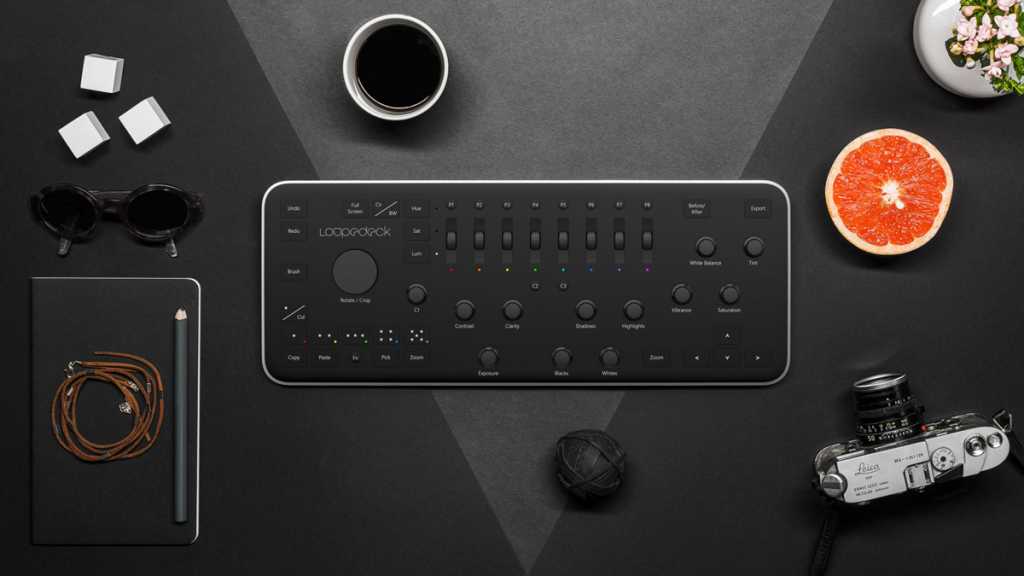 The Loupedeck is a physical control panel, roughly the size of a keyboard, studded with dials and buttons that correspond to Lightroom controls.

The next time you’re editing photos in Lightroom Classic CC, pay attention to how often your gaze darts to the Develop controls at the right edge of the screen. Nearly every adjustment is a slider, so it’s like watching a tennis match: move the mouse pointer to a specific control, change the value, look back at the image to see the effect you made, repeat hundreds of times.

What if you could retrain your muscle memory and keep your eyes on the photo? The Loupedeck is a physical control panel, roughly the size of a keyboard, studded with dials and buttons that correspond to Lightroom controls. It plugs into a Mac or PC via USB, and works with Lightroom Classic CC and Lightroom 6 under macOS 10.10 and later and Windows 7 and later; it’s not compatible with the Lightroom CC application introduced in late 2017.

Lightroom’s Basic, HSL/Color, and B & W controls are all represented on the Loupedeck’s array, as well as buttons for assigning star ratings and color labels, rotating and cropping, and performing tasks such as undo, redo, copy, paste, zoom, and navigating between images using arrow keys.

As you’d expect, turning a dial increases or decreases a control’s value; they’re free-spinning, so you don’t hit resistance when you’ve topped out at the control’s limits. Pressing down on the dials and color scroll wheels resets the value of a control to zero.

Three toggle buttons can be assigned other tasks in the Loupedeck software that runs on the computer; for example, the C1 dial adjusts the strength of a vignette by default, but you can assign it to adjust sharpness, noise reduction, or use it to make vertical or horizontal transformations. You can also set the P function buttons to apply any Lightroom presets, not just the Loupedeck default presets that come with the software. Holding a Fn key doubles the number of controls and presets you can access.

The Loupedeck’s build quality is very good; nothing feels loose or cheap. For my taste, the toggle buttons feel a bit stiff, but that could be because I’ve used an Apple wireless keyboard for so long. Although you can’t adjust the physical resistance of the dials and scroll wheels, you can modify their speed and sensitivity in the Loupedeck settings.

A notable drawback to the software is that there’s no update mechanism, nor even an easy way to learn which is the most recent version on the Loupedeck website; you need to download the installer to see which is the latest version. Although the company writes, “It is important to constantly update the configuration software to fix bugs and add new functions,” it’s all on you to remember to “constantly update.”

There’s something to be said in not having to hunt for controls, or try to hit small targets with the mouse pointer. If you’ve built up the muscle memory of editing with a keyboard and mouse, or keyboard and digitizer, switching to a slab of analog controls could be a difficult switch—or you might find that having the controls in consistent locations at your fingertips may be an easy transition. Particularly if you spend many hours editing in Lightroom Classic CC, I can see how incorporating the Loupedeck could speed up your work.