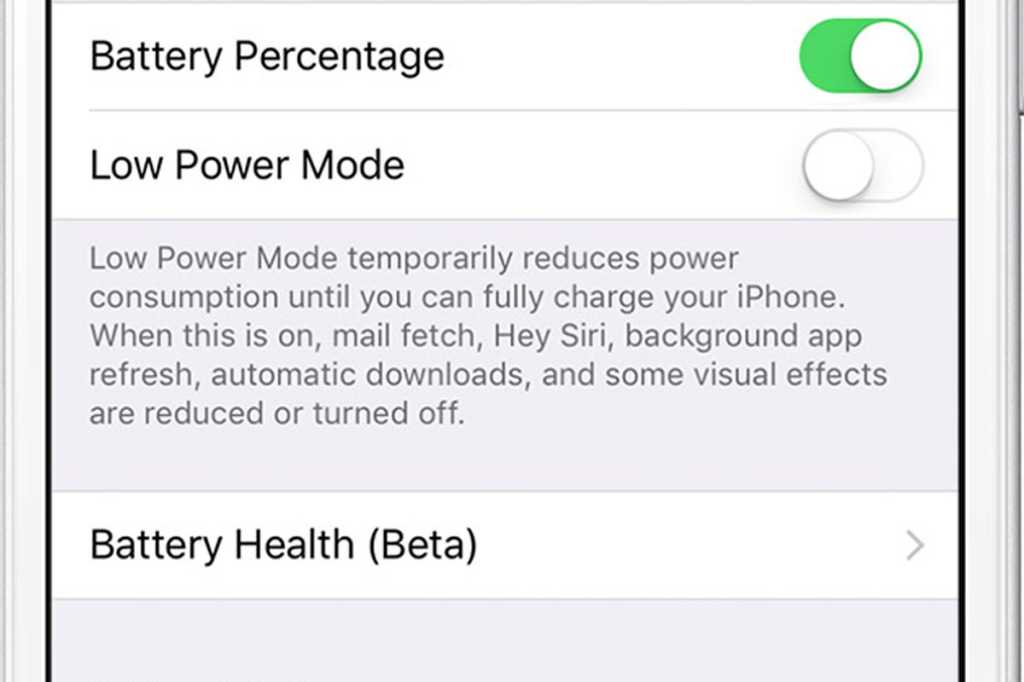 iOS 11.3 brings highly anticipated changes to the Battery settings that let you see your battery health and control throttling. While it doesn’t provide the kind of granular controls some users were hoping for, it will be a welcome addition for people concerned about performance slowdowns. Here’s what you need to know about it:

Can I use it on my phone?

Battery Health will show up in your Settings menu for the iPhone 6 or later. You’ll be able to see your iPhone’s overall health and a recommendation on whether or not your battery would need to be replaced.

For phones that are subject to Apple’s “dynamic performance management” that may slow down your phone to avoid unexpected shutdowns, you’ll be able to disable that feature. That is limited to the following iPhone models:

So my iPhone 5s is out of luck?

How do I know if my battery’s affected?

The Battery Health tab in iOS 11.3 will show one of five messages when you open it:

How do I know if throttling is turned on?

Apple explains that devices updating to iOS 11.3 will initially have the option disabled and it will turn on “only after an unexpected shutdown first occurs on a device with a battery that has diminished ability to deliver maximum instantaneous power.” To check if it’s enabled on your phone, go to the Battery tab in Settings, tap “Battery Health (Beta)” and look at the Peak Performance Capability section. If there’s a blue “Disable” option, it means that throttling has been turned on. You can tap it to turn it off.

Will I need to turn it off again?

Probably. Apple’s “performance management” option will turn off after every unexpected shutdown, so even if you’ve disabled it once, you’ll need to turn it off again if it happens again.

Can I turn it back on?

Not exactly. The Peak Performance Capability option isn’t a toggle that you can turn on and off. You can only disable it once it’s been implemented by the system, which happens automatically after an unexpected restart. So unless you can replicate the issue that forced your phone to restart the first time, you’ll have to wait until it happens again.

I turned it off but my phone is still slow. What gives?

The new Peak Performance Capability switch is only for this specific battery issue and won’t fix slowdowns related to “behavior in hot or cold temperatures, as well as internal voltage management.”

My phone shows my battery’s maximum capacity at 95 percent, so why is it still being throttled?

When the battery issue was first identified, it was assumed that the throttling was related to battery’s ability to hold a charge. That’s not quite the case. While there may be some correlation to how fast your battery drains and performance, Apple’s throttling only kicks in when an unexpected shutdown is detected.

Is the iPhone 8 and X affected?

Nope. iPhone 8 and X are unaffected by the battery slowdown, and Apple says those phones “use a more advanced hardware and software design that provides a more accurate estimation of both power needs and the battery’s power capability to maximize overall system performance.” However, Apple says that over time the batteries in those phones will still degrade “and peak performance and will eventually need to be replaced.”

You’ll still be able to see overall battery health stats for these phones, but you won’t have the ability (or need) to disable performance limitations.

Should I still get a new battery?

Yes! Apple is offering $29 replacement batteries though the Apple Store until the end of the year (they normally cost $79), and your phone’s battery doesn’t need to be degraded to take advantage. Turning off performance throttling doesn’t solve the problem and could, in fact, make your phone perform more erratically. Apple says a new battery will fix ailing iPhones, so go get one (even if it takes a while).