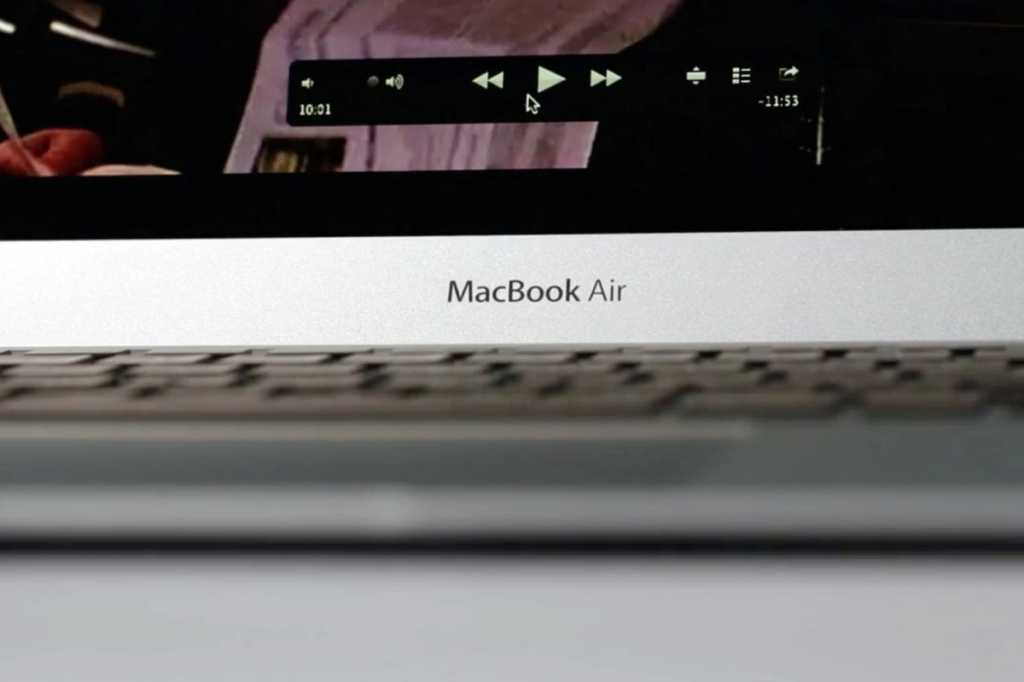 As someone who has been a user of the MacBook Air since the very beginning, I want to take a moment to lament its passing. But I can’t, because how can I miss it if it won’t go away? The MacBook Air, with its classic USB ports, previous-generation Apple keyboard, and big silver bezels around a non-Retina screen, is a time capsule of early 2010s Apple hardware design—and you can still buy one, brand new.

Now comes this week’s report that Apple may be planning another update to the MacBook Air, and possibly a price drop as well.

What the heck is going on?

Keeping an older model on the price list for a while, as new models with new tech arrive with higher price tags, is not unusual for Apple. Older models are generally cheaper to make and carry large profit margins. What’s unusual about the MacBook Air is that the evolution down the price list just hasn’t happened—Apple has proven unable or unwilling to sell a USB-C laptop with a Retina display for less than $1,299, and that’s $300 more than the MacBook Air.

Why not kill the MacBook Air and just force people who want to buy a new Apple laptop to pay more cash? My guess is that Apple feels certain markets, including education, will not adopt Apple computers if $1,299 is the lowest buy-in price. Meanwhile, users who want a Retina display on an Apple laptop seem to be willing to pay the premium for the privilege.

What’s even stranger is that the MacBook Air has not one, but two replacements in Apple’s product list. The MacBook is its spiritual successor, a laptop that’s as thin and light and small as possible. And the 13-inch MacBook Pro without Touch Bar, which debuted at $1,499 but now costs that same $1,299, is its successor in terms of tech specs. Don’t let the MacBook Pro name fool you—that laptop has the same class of processor as the MacBook Air and weighs less than an ounce more.

Based on a lot of Apple’s moves in the past few years, the pricing of these laptops suggests to me that the company simply wants to boost the average selling price of every Mac—and with the new prices on the latest-generation MacBook Pros, it has succeeded. Taking a page from its iPhone strategy, Apple seems to be happy to keep selling an old model to people who want to buy in at a lower price.

There are a couple of potential problems with that strategy. First, computer technology moves quickly—at some point the Intel chipset that the MacBook Air uses (it’s Broadwell, the fifth-generation Core processors introduced in 2015) is going to be discontinued. Intel’s eighth-generation processors are in PC laptops now and will eventually make their way to the Mac. And of course, there are other parts in the MacBook Air that also date from that era. At some point, Apple might be unable to make the MacBook Air in its current state.

Then there’s the human element: Some people may just not be buying what Apple is selling.

While I love Retina displays, I know a lot of people who either don’t see a difference or don’t care about the difference. The processors might be a few years old, but for a lot of use cases, the MacBook Air is fast enough. (I’ve edited dozens of complex Logic Pro X projects on an old 11-inch Air.)

USB-C/Thunderbolt 3 ports might be exciting and new and offer a lot of potential for improved throughput, but for most regular users they’re a liability, a confusing and incompatible port that requires an additional investment in adapters and dongles to further raise the price of moving to a new laptop. (The Air also has that old-style keyboard. A lot of people like the new keyboard on modern Mac laptops, but for others it does take some getting used to. The keyboard on the Air requires no adaptation.)

Maybe this is what happens when Apple introduces innovative new features—and some portion of the buying public simply shrugs and fails to see the value in it, given the price. (This may also explain why several people I know have sold their modern 15-inch MacBook Pros with Touch Bar and gone back to the previous-generation model.)

If people keep buying a product Apple wants to die, and Apple can’t afford to abandon the $999 price point without sabotaging its sales in certain markets, what happens next? If you believe the report from KGI, there’s some sort of update coming, possibly with a price cut. (It’s worth being skeptical of that last part—KGI’s sources are generally in the supply chain, not the portion of Apple that sets prices.)

These seem to be Apple’s options:

I keep thinking that the reason Apple is in this state is because of a fundamental error: That 13-inch, non-Touch Bar MacBook Pro is a confusing addition to the MacBook Pro line, and has been since the beginning. It’s not a MacBook or a MacBook Pro (despite its name). What is it? It could have been the new MacBook Air, but for the fact that its starting price was $500 higher.

Maybe Apple should just kill the MacBook Air, rename that 13-inch Pro model to MacBook Air, and slash its starting price to $999. But it probably won’t. Instead, the MacBook Air may keep improbably soldiering on, making it impossible for me to lament its passing.