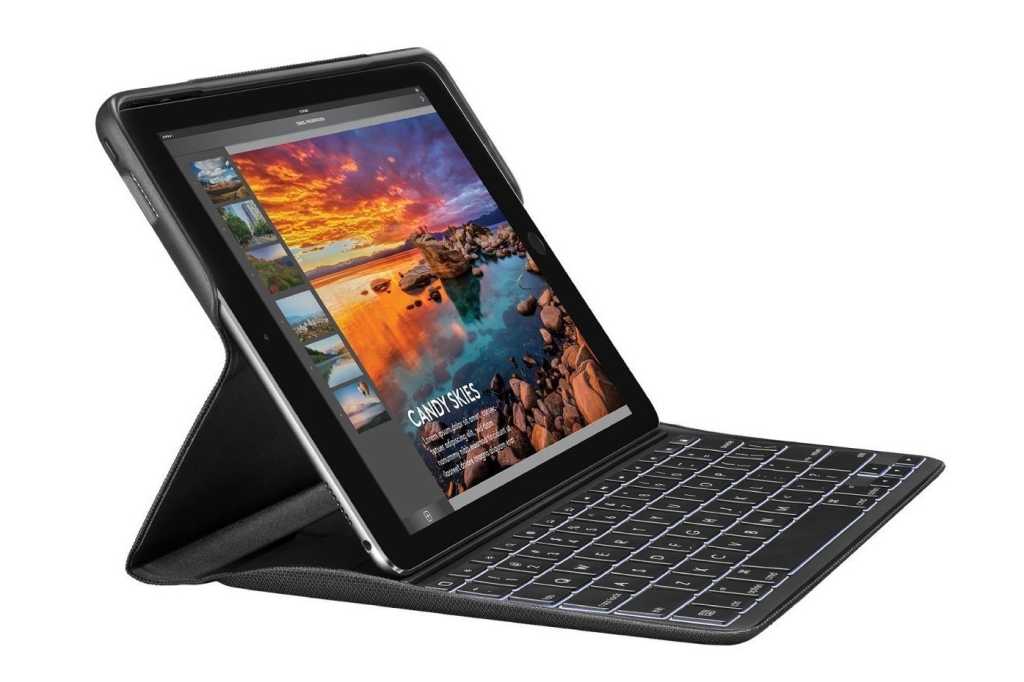 Apple’s own Smart Keyboard for the 9.7-inch iPad Pro is a pricey $149, and if that’s too much to handle for you, you might want to pick up Logitech’s Create keyboard case for Apple’s 9.7-inch high-powered tablet. Right now the black version is on sale for just $76 on Amazon, down from its usual price of $130. That’s the best price we’ve ever seen it at.

Much like the Smart Keyboard, the device connects with the iPad Pro’s smart connector so you’ll never need to charge the keyboard itself so long as it’s with the iPad. The Create is also packed with shortcuts for handy iOS adjustments such as screen brightness and volume controls, and it even comes with a fabric holder for your Apple Pencil. Best of all, it’s got backlit keys. Apple’s model doesn’t. It’s also available in blue or plum, but only the black model is heavily discounted.

Not bad, considering it costs only around almost half as much as Apple’s own offering.

The case is rated at an impressive four out of five stars on Amazon, and when we reviewed an earlier version of the case ourselves, we were impressed by the typing experience it offered. Unfortunately, that wonderful typing experience comes at the expense of a bit of bulk.

Bear in mind, too, that some people who have bought this case claim that parts of the plastic have a tendency to crack, although some of those same users still called it a “very nice” case otherwise. Still others claim that the iPad sometimes pops out and that they’ve have charging issues with it.

Caveat emptor and all that. If you’re looking for a good typing experience above all, though, this is one of the best deals out there, especially from a popular name like Logitech.