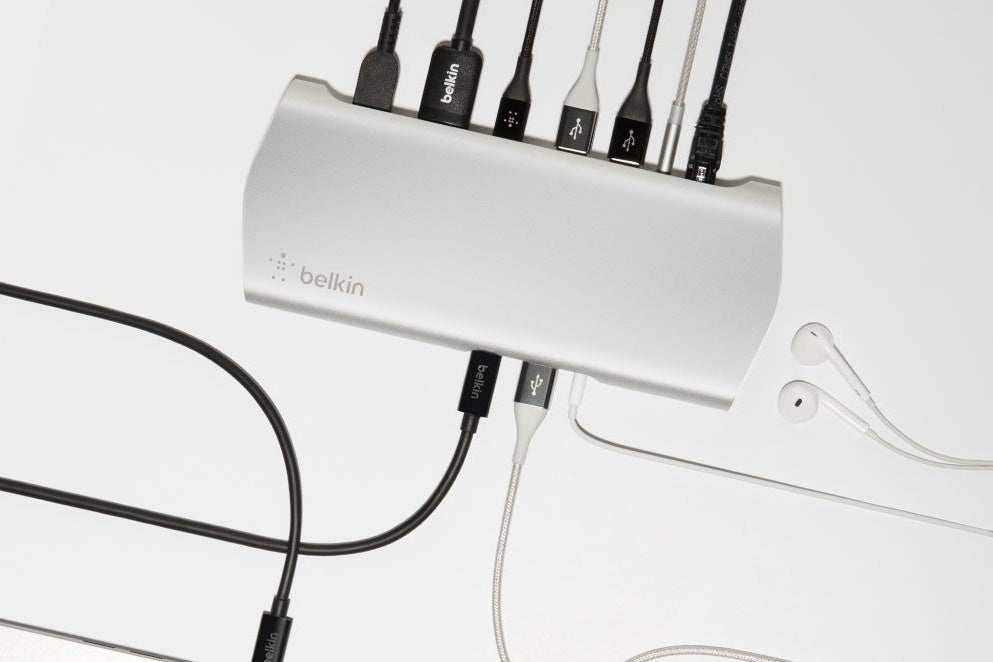 Everybody loves ports, unless you’re Apple’s design team and you’re designing a new iPad. But if you’re not feeling enough port love on your MacBook, you might want to consider picking up Belkin’s USB-C 3.1 Express Dock HD for roughly 27 percent off.

That’s the best discount we’ve ever seen for it, and it knocks the price down from $230 to a more agreeable $170. Amazon has the next-best deal on Belkin’s dock that we could find, and it’s only selling it for $199.74.

On paper, it looks like an impressive attachment. The Express Dock HD lets you plug up to eight different devices into your MacBook, and it (reportedly) supports 4K HDMI video output. All total, it has two USB-C 3.1 ports, three USB-A ports, one HDMI port, an ethernet port, and two audio jacks. It also comes with a 3.3-foot long cord, which allows you to keep all this attached junk away from your direct workspace.

Even better, you can connect this on any MacBook dating from early 2015 or later, along with any MacBook Pro that was made in 2016 or after.

So here’s the bad news. It’s got some seriously mixed reviews on Amazon, mainly because the HDMI port seems to randomly drop the signal. If you want to attach an external monitor to your MacBook, in other words, you’re probably better off hooking it up with an adapter through another port.

On the bright side, every single other port appears to work fine, which makes it an especially appealing dock if you just want to hook up a bunch of stuff to your MacBook. In fact, several of the user reviews say that it would have warranted a better score if the price were more agreeable. Considering that this is the lowest price it’s ever been offered for, this might be the best time to take the plunge.

Oh, and good luck with the monitor if you decide to try it anyway.