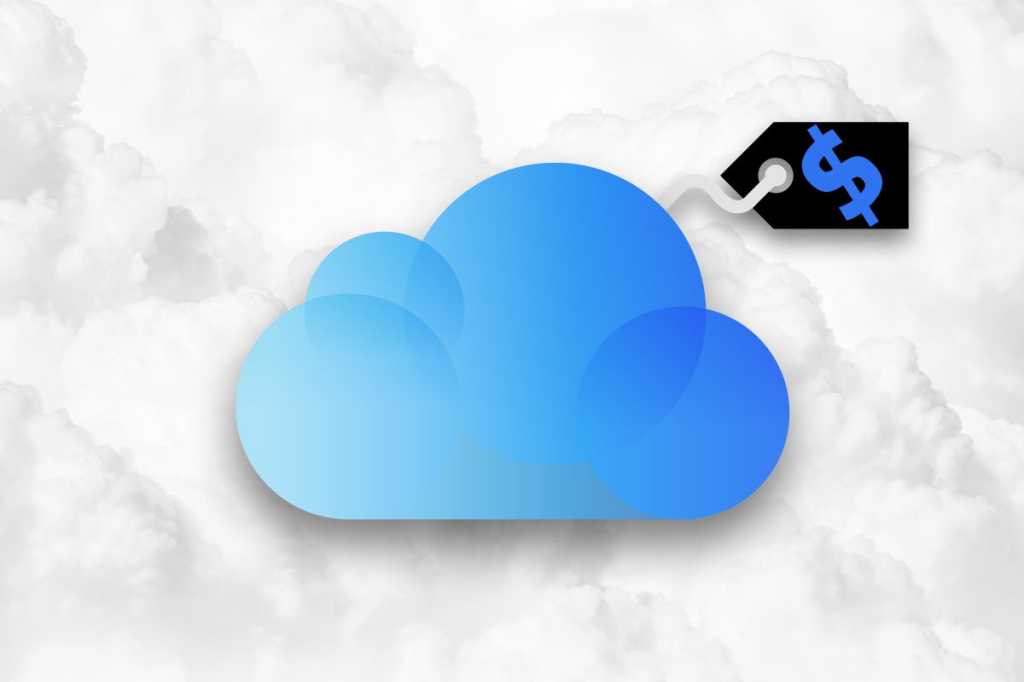 Apple’s Worldwide Developers Conference is right around the corner, and we all have our lists of things we’re hoping to see: better Siri, a modular Mac, cheaper HomePod, Face ID on the iPad Pro. But there’s one product in desperate need of an update that would instantly generate an extended applause break from the keynote crowd.

iCloud has been a bone of contention for Apple users ever since its debut at WWDC 2011. A replacement for the MobileMe paid service—which replaced .Mac, which replaced iTools—iCloud was supposed to be the free online storage we all wanted. Like the services of yore, it included backup, email, and online storage starting at 5GB and going up to a terabyte or more for a monthly fee.

That was fine back in 2011. But while Apple has added things like iTunes Match, Photo Library, and Keychain to iCloud to build it into a fuller-featured service, it still lags in comparison to the online storage offered by Google and Dropbox. And now Google is beefing up its own paid storage plans in an effort to put even more distance between it and iCloud. And it’s getting harder and harder to defend iCloud.

Anyone who already pays for a Google Drive account will be automatically upgraded to Google One, bringing a smattering of additional features for the same (or less) money. That includes “one-tap access to experts” and “access to extras from other Google products, like credits on Google Play or deals on select hotels found in Google Search.” And Google promises more benefits over time. Google has also added family sharing to match Apple’s own Family Sharing feature. That means for just $3 a month, five family members can get 40GB of storage a piece. And if they want even more space, two terabytes costs $10 a month on either service. In fact, the two services are remarkably similar when it comes to monthly cost:

But pricing and freebies aren’t the main appeal of Google One. It remains to be seen what Google will add to the service in the way of freebies, but as it stands, Google One is everything iCloud isn’t, namely an extension of your phone, PC, or Chromebook. It’s a way to access all of your files wherever you are. It doesn’t matter what device you’re using or even what platform—all of your files, photos, and video are accessible wherever you go. Even on a Mac, it offers a great way to keep your files and photos synced at all times.

Google One isn’t just a simple rebranding of Google Drive, it represents a philosophy of convenience that used to be ingrained in Apple’s products too. iCloud Drive is available on Windows, but where’s the Android app?  Apple’s iOS backups are far better than they are on Android, but on the Mac, iCloud backups are little more than syncing of your services. I understand that 5GB is far too little space for a full PC backup, but why not offer iCloud Mac backups as an option for paid accounts?

With its new One plans, Google is sending a message to its users that there is no better place to store your files. That’s not the case with iCloud. Power users maybe able to use it to its full extent, but from its lame free tier to its value-poor subscription plans, Apple offers little incentive for the average user to upgrade for any other reason than to stop receiving out-of-space alerts.

Google is putting convenience first. I understand that Apple needs to sell way more iPhones than Google needs to sell Pixel phones, but developing iCloud into a full-featured, standalone cloud service isn’t going to push anyone over to Android. If anything, it’ll get some Android users to switch.

Even if you ignore the fact that Google offers three times the free storage space that Apple does (15GB versus 5GB), the real difference between the two plans is that iCloud doesn’t give any real incentives for upgrading to a paid plan. Back when iTools turned into dot-Mac, I was happy to pay $99 a year for a full suite of services, including Backup for all of my devices, iDisk, and a cool email address. Now I groan a little each time I get my monthly email from Apple informing me that it has charged my account $3.

I recently convinced my dad to pay $1 a month to increase his iCloud storage to 50GB, but it wasn’t an easy sell. He wanted to know why he needed to pay just to have enough space to back up his three iOS devices. It’s a good question. I eventually won the argument by breaking it down to pennies a day, but there should be a better answer. Here’s hoping that Apple provides one at WWDC.