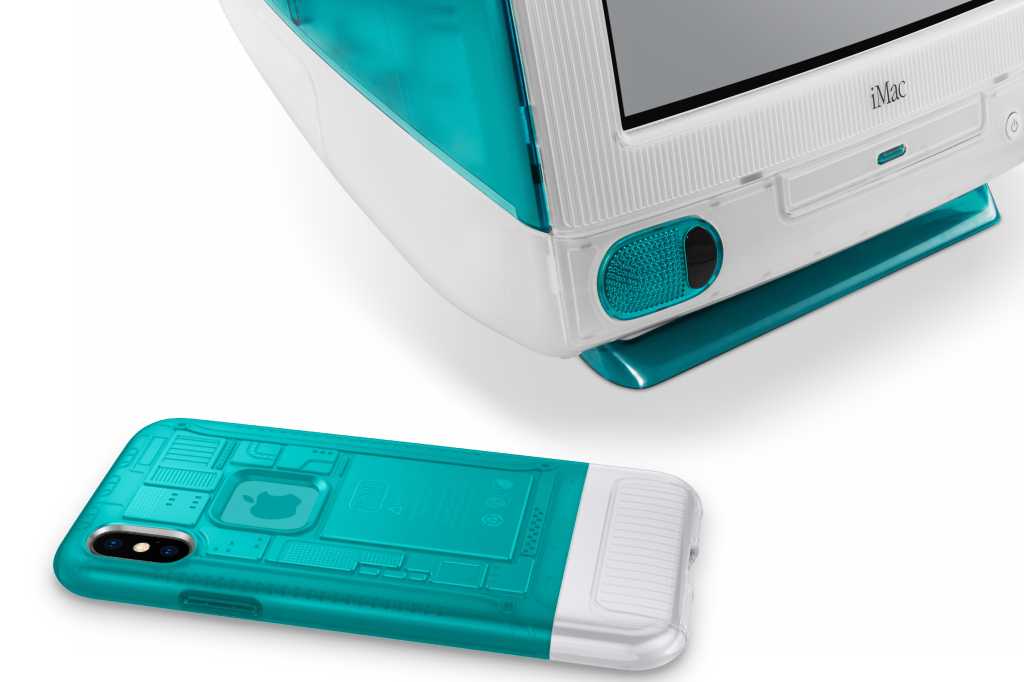 The recent 20-year anniversary of the iMac G3 reminded many folks that “fun” is as much a hallmark of Apple design as aluminum and understatement, and we were impressed by the response to our announcement that Spigen had released a series of iPhone cased that riffed off that colorful Mac’s quirky design. So get this: We’ve got one of those cases for the iPhone X that we’ve love to give to one of you.

And it’s a cool one, too. The case we’re giving away boasts the iconic blue-green “Bondi Blue” of the original iMac, and it’s the color that’s most likely to draw attention from fellow Apple admirers. At the time of writing, Spigen is selling the case for $25 as a part of its Indiegogo campaign. As the campaign continues over the next 23 days, the price will go up to at least $40.

To enter to win, simply sign up through the widget below. You only need to enter your name and email address, but you can score another entry to win by subscribing to our YouTube channel or following us on Twitter or Facebook through the link. The contest ends on Wednesday, May 30 at 9 a.m. Pacific. We’ll announce the winner during our weekly Macworld podcast on the same day at 10 a.m. (and we’ll send the winner a personal email as well). Only legal residents of the 50 United States, including the District of Columbia, or Canada (except Quebec) are eligible to win. Good luck!