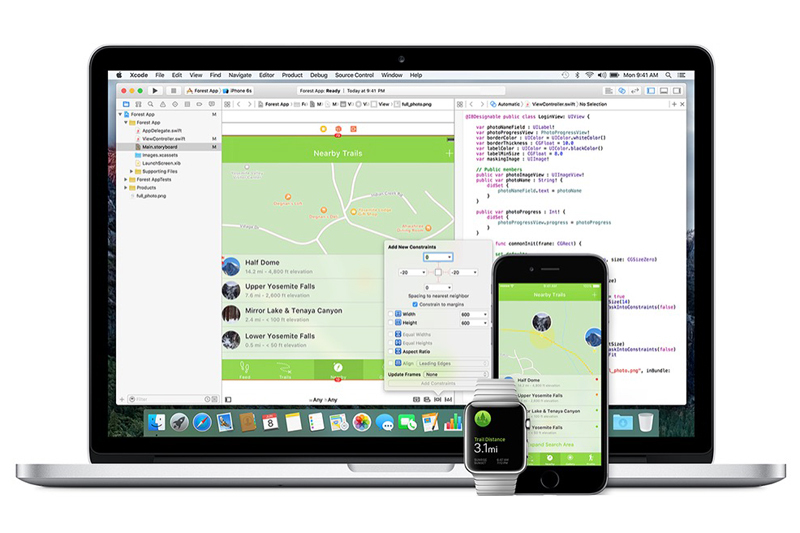 Here we go: WWDC is imminent. The premiere event on Apple’s summer—if not yearly—calendar is a time for us to learn what’s in store for Apple’s software platforms over the next 12 months. Last week, I ran down some features I’ve been hoping to see in a macOS update. This time around, I thought I’d collect some thoughts on what I hope for in the rest of Apple’s platforms, from the big to the small.

Even with all the attention I gave to macOS last week, it’s clear that iOS is the star of the show; after all, Apple sells tens of millions of iOS devices every quarter.

These days, our iOS devices are amazingly capable. There’s little left that they can’t do, and my colleague Jason Snell has already provided a solid list of features that are still needed, even if not by most of the population.

While the capabilities of iOS aren’t in doubt, there’s a lot of room for refinement in the OS: making all those many things we can do easier, the experiences smoother. In essence, finding ways to make the time we spend using our phone more pleasant and less obtrusive. Among the options here might be reducing the number or frequency of notifications, and, as has been rumored, providing statistics to help us keep better track of what we’re using our devices for and how much time we’re spending on them.

A few of iOS’s features have gotten a bit long in the tooth and could use a refresh as well. Though reports have suggested that a major overhaul of the homescreen might have to wait until iOS 13, perhaps it’s finally time for Apple to find a way to streamline or improve the contextual menus that provide features like copy and paste. Oftentimes they require paging through a couple of screens of options before finding the right ones. Perhaps Apple’s 3D Touch could find a better outlet for its functionality here.

I’d also like to see a makeover of Apple’s Share sheets, which strike me as overloaded and a bit cumbersome: again, finding the right options can be a pain, and having two rows of icons for apps and other functions seems confusing.

Finally, a small plea from this iPhone X owner: let us banish the home-button-replacement bar that shows up at the bottom of every single screen—it gets annoying after a few months.

Apple’s set-top box is a capable streamer, and the 4K version is no slouch in its support for a variety of video formats and streaming services, though there are one or two missing: support for Dolby Atmos is one thing some consumers will be looking for from the next version of tvOS.

In addition, it would be nice to see a little more integration with the rest of Apple’s lineup: Siri in iOS 11.4 lets you now tell music or a podcast to play on an Apple TV via AirPlay, but that functionality doesn’t extend to watching video, launching apps, or otherwise controlling the device. Being able to control an Apple TV via “Hey Siri” on an iPhone or a HomePod would be a handy way to use the set-top box when you inevitably misplace the Siri Remote.

And one feature I’d personally love to have: a profile system. Some apps, like Hulu and Netflix, already offer easy ways to maintain two separate viewing profiles for households with multiple users, but it would be great if there was one simple way to switch back and forth systemwide—maybe even by authenticating with your iPhone or Apple Watch!

Speaking of the Apple Watch, the company’s wearable has continued to improve each year, in large part because of Apple’s repeated refinement of watchOS. Last year brought improvements to Activity tracking, workouts, and health features, so what does this year hold?

One of the biggest areas of promise in watchOS 4 was, to my mind, the Siri watchface that Apple released, which attempted to proactively surface relevant information when you needed it, rather than waiting for you to manually summon it. Between this and notifications, that strikes me as the direction the watch should go: information that’s important, delivered when you need it. But the Siri watchface wasn’t quite as useful as I’d hoped, in part because of the information it chose to highlight. I’m hoping for a refined version this year.

On the watchface front, it also seems like it’s about time for Apple to open up creating watchfaces to the developer community. Third-party apps on the Watch have largely been lackluster, because nobody wants to spend that much time tapping on their wrist. Watchfaces provide the best opportunity to deliver information in a compact and efficient manner, and there should be more customization options available to users.

One more feature I’d like to see? Rumor has it iOS 12 may open up more NFC features for the iPhone, including use as a transit card; I’d like to see the same improvement for the Apple Watch, even if only in future versions of the hardware. While widespread adoption would take some time, the ability to some day tap my Apple Watch to board the subway sounds absolutely delightful.