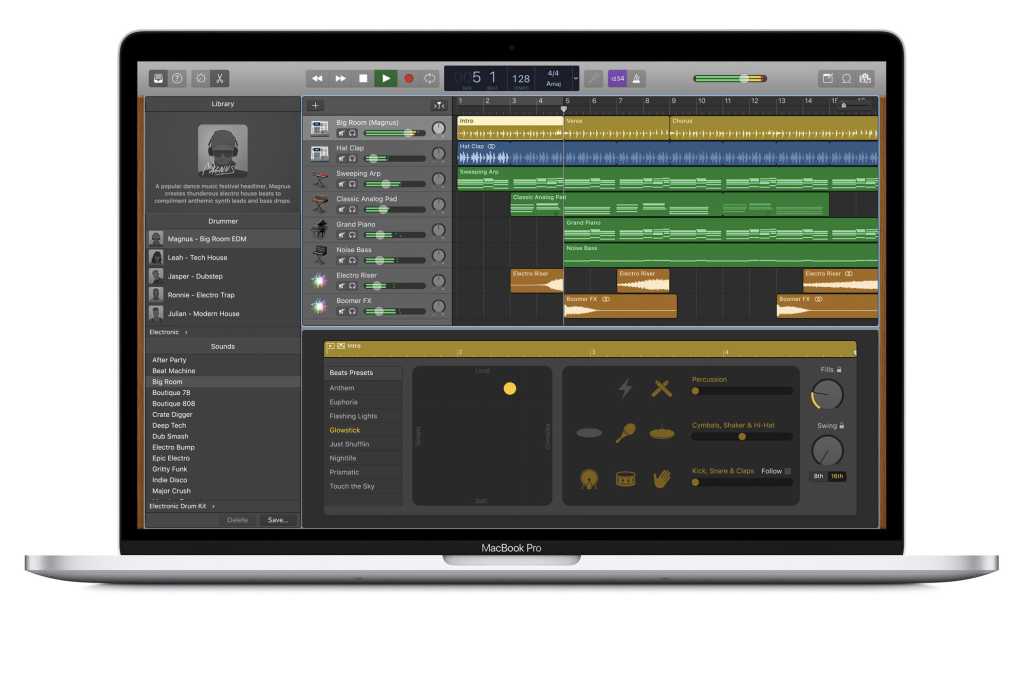 Apple’s free music creation software, GarageBand, hasn’t been updated for about a year. Last summer, with version 10.2, the Mac app got a totally redesigned interface, Touch Bar support, and the ability to sync and edit projects between Mac and iOS.

This summer’s 10.3 update is every bit as substantial, and perhaps even more so. It adds a huge number of new loops and sound effects, new instrument sounds, and it makes all the Artist Lessons free.

It was a neat idea, but it didn’t last very long. Artist Lessons haven’t had a meaningful update in years. Each of the 23 Artist Lessons used to cost $4.99 as an in-app purchase, but GarageBand 10.3 makes them all free. It would be great if this was a signal of renewed interest in creating new lessons, but it’s probably the opposite: Artist Lessons is all but dead, and Apple figures it might as well stop trying to charge people for years-old content.

Here’s the official list of all the changes in GarageBand 10.3: