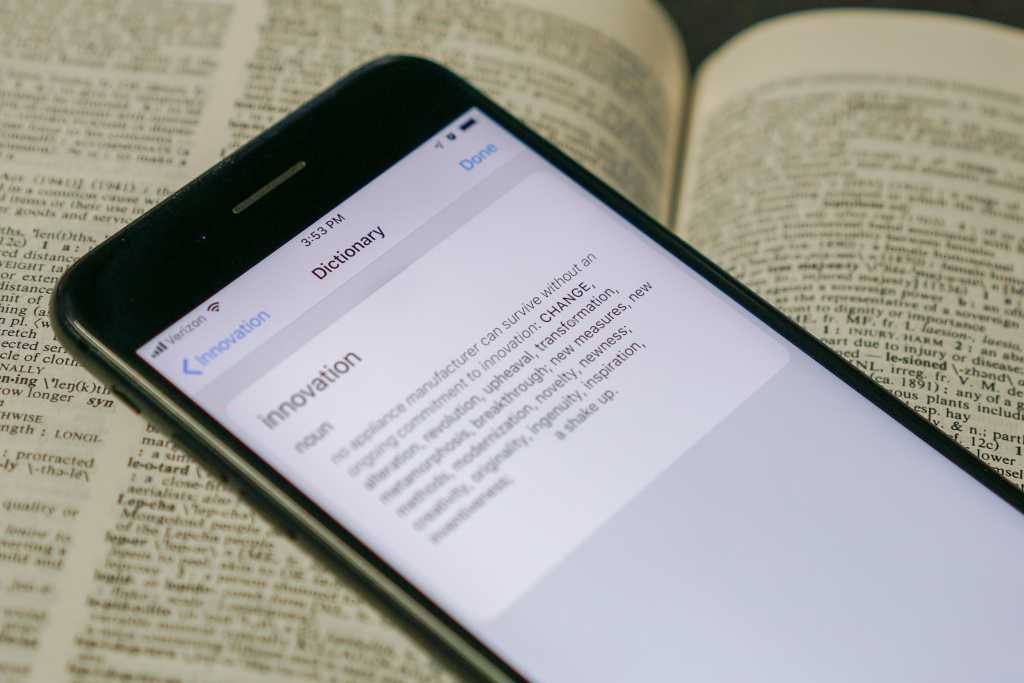 Many past iOS releases let you look up definitions with a built-in dictionary with “Look Up,” but with iOS 12, we get access to a built-in thesaurus as well. As a writer, I find this a godsend. My beloved Oxford American Writer’s Thesaurus was one of the casualties of iOS’s transition to 64-bit apps, but now it’s part of the operating system itself.

Even better, the feature works with most iOS word processing apps. The only catch is that you’ll have to turn it on. Here’s how to do it.

How to enable the iOS 12 thesaurus

To use it, open a document in the word-processing or note-taking app of your choice, be it Pages, Google Docs, Ulysses, iA Writer, or many others. After that, find the word you’d like to change and select it.

You should see a “Look Up” option in the menu that pops up. (Its position will likely change depending on which app you’re using.) Press it.

And voilà. You’ll see a list of related words (that you may or may not believe are better). Unfortunately, you can’t simply plug in the new word by selecting it from the list; you’ll have to remember it and enter it into the document yourself.