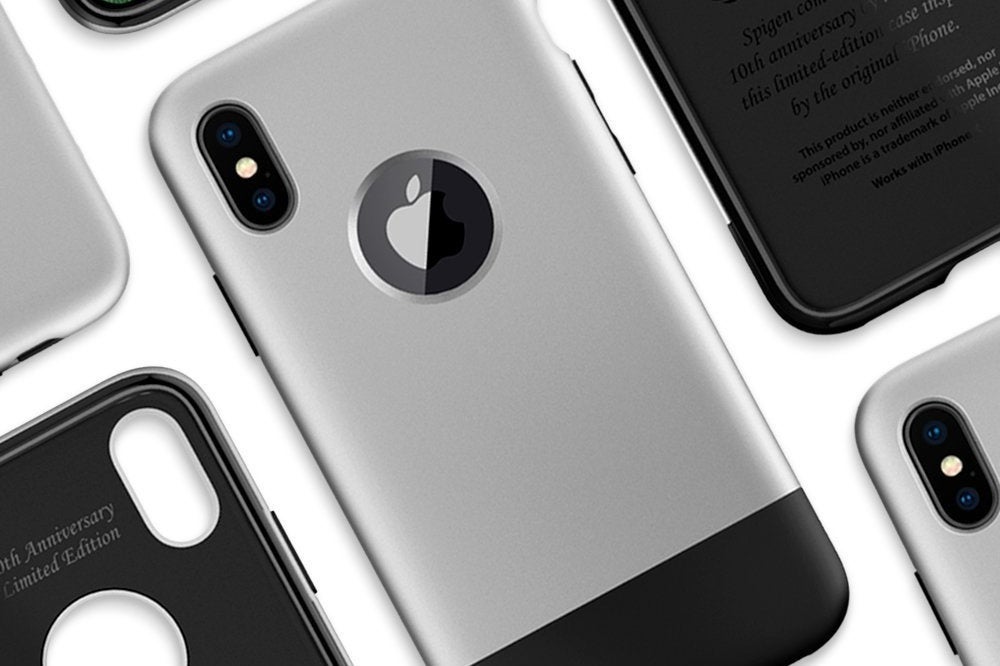 Well, look what we have here. Remember when we were giving away limited-edition iPhone X cases inspired by the iMac G3? Spigen also made a limited-edition Classic One case that was designed to look like 2007’s iPhone 2G, and at $35, it was clearly meant to be the star of the show. Now, though, you can get the Spigen Classic One for just $16 on Amazon.

Having handled one myself, I can tell you that it feels a little sturdier than the iMac G3 (or Classic C1) cases. With the latter, the three parts that made up the case fell apart (when not on the phone) easily, but I could tell I would have to forcefully tear the Classic One apart if I wanted to see the same results.

So it’s not merely nostalgic; it’s also tough. Frankly, I’d be less worried about my iPhone dropping in this thing than I would be if it dropped in the Spigen Neo-Hybrid case I currently use.

The one drawback as that the extra protection adds a bit of heft, but that’s sort of intentional. Though slim for its time, the original iPhone felt a lot bigger than the devices we tote around these days.

If you wanted this throwback case but missed out on the actual Indiegogo campaign, you’re in luck. With the current pricing (which technically isn’t even a discount on Amazon), you’re getting it for almost half of what you would have paid earlier this month during the campaign.