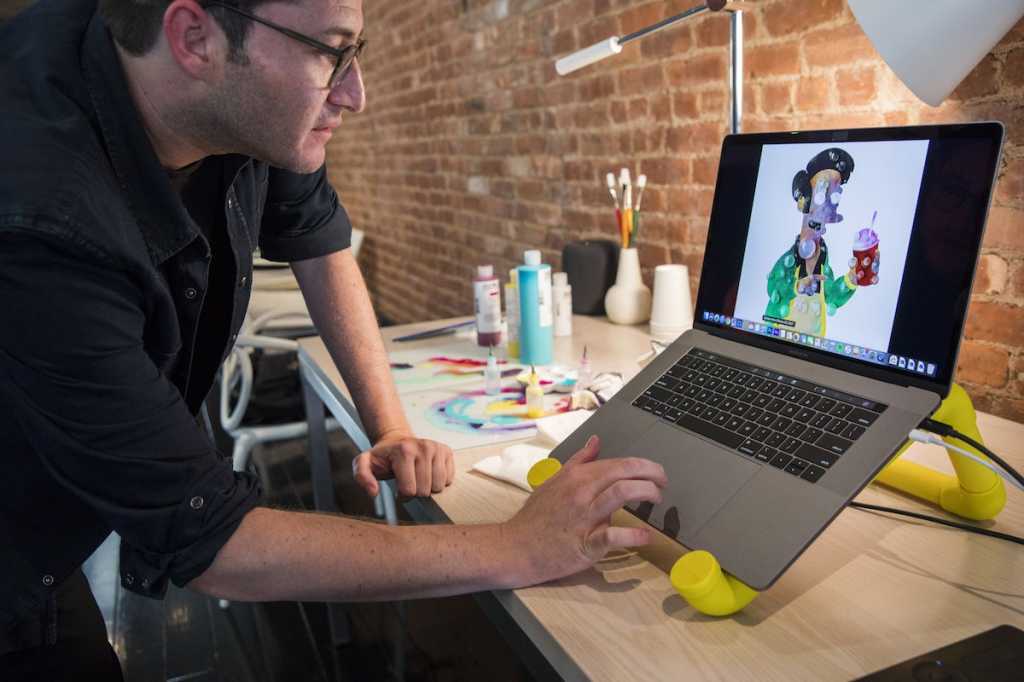 Apple unveiled new MacBook Pros on Thursday and they bring much of the enhancements we expected they would: Powerful new eighth-gen Intel processors, new DDR4 RAM with double the maximum capacity, and—hallelujah—a quieter keyboard.

It also has a bigger battery, but before you get too excited, there aren’t any actual real-world gains from it. The new MacBook Pros are rated for the same “up to 10 hours wireless web and iTunes movie playback,” but good luck getting anywhere near that with actual work. Anyone who is using their Mac primarily for “wireless web” surfing probably shouldn’t be wasting their money on a $2,000 MacBook Pro.

The MacBook Pro updates are about speed. Apple claims a boost of up to 70 percent for the 15-inch MacBook Pro and a whopping 100 percent increase for the 13-inch models, which will surely make their target audience happy.

A speed boost is nice and all, but the MacBook Pro will spend at least another year without adding much to the general laptop conversation. While brands like Microsoft, Lenovo, and Huawei have been innovating with designs and concepts that push the PC into the future, Apple’s laptops are still stuck in the past, despite their individual performance gains.

If that’s going to change, Apple needs to take control of the MacBook Pro’s most important component: the processor.

One chip to rule them all

Apple’s A-series chips are arguably the most important part of the iPhone. It’s not just the speed boost that gives the latest iPhone an advantage over its Android competitors, but it allows Apple to innovate in other areas as well. If Apple was using off-the-shelf processors, we likely wouldn’t have Face ID, the iPhone X’s uniform slim-bezel design, or all-day battery life. And they wouldn’t have anywhere near the graphics capabilities that power games and AR apps.

The A11 Bionic chip lets Apple optimize the system not just for speed, but for power efficiency, thermal management, and stability to allow for improvements throughout all aspects of the phone. Apple’s A-series processors have brought other silicon-based innovations, such as the W1 Bluetooth chip, Secure Enclave, and S series Apple Watch processors, all of which work alongside the iPhone’s core processor to create a seamless, secure system unrivaled by anything running Android.

But while Apple has boosted the capabilities of the MacBook Pro and iMac Pro with its custom T1 and T2 chips, the front-facing innovations aren’t so obvious. The most visible (and controversial) is the Touch Bar, but otherwise, Apple’s chips mainly replicate tasks that were previously handled by other controllers, such as security, audio, and FaceTime camera processing. And on the new MacBook Pros, the T2 chip also beefs up the security and allows for Hey Siri ( without a complex workaround). That’s all well and good, but it’s a long way from the kind of system-wide innovation we get with each new model of iPhone.

With the exception of the Touch Bar, Apple hasn’t had a truly exciting new feature in its laptops for quite some time. While Microsoft is continuing to refine its Surface tablet hybrid and Huawei is experimenting with ultra-slim bezels and spill proof keyboards, Apple’s MacBooks have evolved in steps rather than leaps, mainly because of the uphill battle it faces with using Intel processors. Intel does much of the work for its PC partners, but the macOS system means Apple is largely left on its own with integrating and optimizing the newest chips, making it that much more difficult to roll out new models that take advantage of the latest architecture advancements.

With True Tone displays, loads of RAM, and the Blackmagic eGPU, this week’s MacBook Pro update proves that Apple truly cares about its pro Mac products. But it also highlights just how far behind Apple’s laptops have fallen. The latest Intel chips are fine and the speed boosts should keep developers and creative pros happy for the next 12 months or so, but what was once the strongest warrior on the road is merely the other option for people who don’t want to use Windows. Nothing about the new MacBook Pro will tempt people from outside the walled garden, and that’s probably not going to change until Apple takes over the whole system.

A custom processor opens the Mac up to a world of opportunity. Not only will it let Apple amp up the speed and power efficiency so we can finally get a Mac laptop that lasts all day and challenges the top gaming laptops, but it will also let Apple offer updates on its own terms while opening up the Mac to iPhone-like innovations, the likes of which we haven’t seen in years. Even if we never get the hybrid Mac (or Mac-life machine) we all want, the advancements in Siri, machine learning, and iOS interoperability brought by a custom Apple processor would take the Mac to new heights, while still giving pros the speed they need.

Earlier this year, a Bloomberg rumor suggested that Apple is indeed working on a custom processor for its Mac computers, reportedly starting with the MacBook and MacBook Air. The goal would be to roll out the first Apple processor-powered Macs by 2020, which means the process will be a slow one, likely reaching the MacBook Pros last.

That makes sense. Apple doesn’t break down its Mac sales by segment, but I’m willing to guess that the majority of notebooks are of the Pro variety, which offer tremendous speed and screen upgrades over the lower-end models. But that doesn’t mean there isn’t room for improvement. Literally. Apple’s MacBook Pro form factor actually hinders the top speed of the Intel chips it uses. Apple’s new MacBook Pros might be way faster than yesterday’s models, but they’re still slower than the fastest PC notebook you can buy, even if you max out the specs all the way to $6,700.

There was a time when things like 17-inch screens, backlit keyboards, and trackpads marked Apple’s laptop innovations, Apple’s edge there is all but gone too. And until Apple wrests control of the processor from Intel, it’s likely to stay that way.