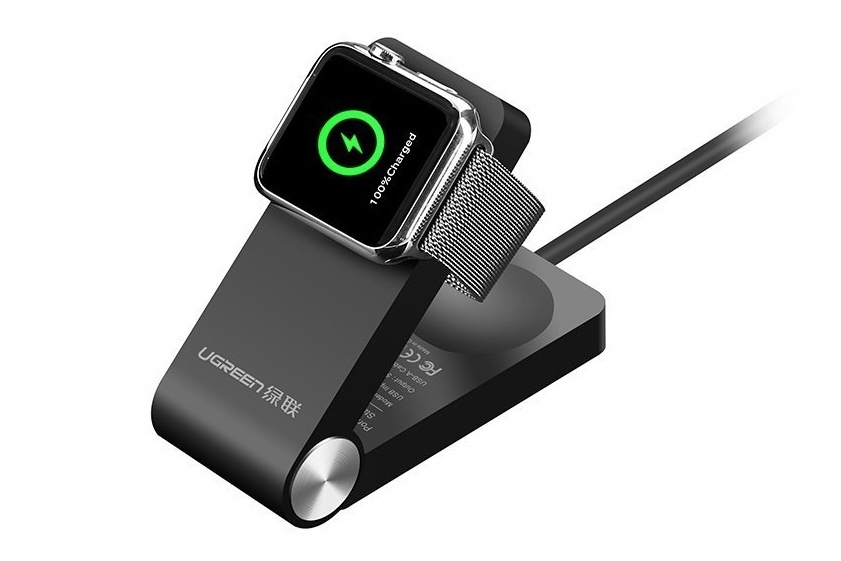 Charging stands greatly simplify the process of getting some juice back in your Apple Watch, but they’re usually clunky things that are better suited to taking up permanent residence on nightstands than stuffing in bags.

Ugreen, though, makes an Apple Watch charging stand that neatly folds up and takes up only a bit more room than Apple’s own cable when collapsed. Today on Amazon, you can pick it up for just $28.89 (down from $33.49)Remove non-product link, which is the lowest price we’ve ever seen for it.

That amounts to a savings of 15 percent (or $5.10). It’s not an earthshaking discount, but it’s a welcome one for a charger that still commands a 4.5 rating after 85 user reviews.

I personally like it for its length. Apple’s own charging cable is so short that the cord barely makes it up to my desk when I charge it here in the office, but this should be adequate anywhere.

Ugreen’s charging stand can apparently fully recharge an Apple Watch after 2.5 hours, and the stand itself adjusts to an angle of up to 45 degrees for increased convenience. Most user reviews are positive, and many even say that you’ll usually get a full charge in fewer than 2.5 hours.

If you’ve long wanted a stand but have been turned off by the cumbersome (though occasionally more stylish) designs of the competition, this is probably the best model to get.