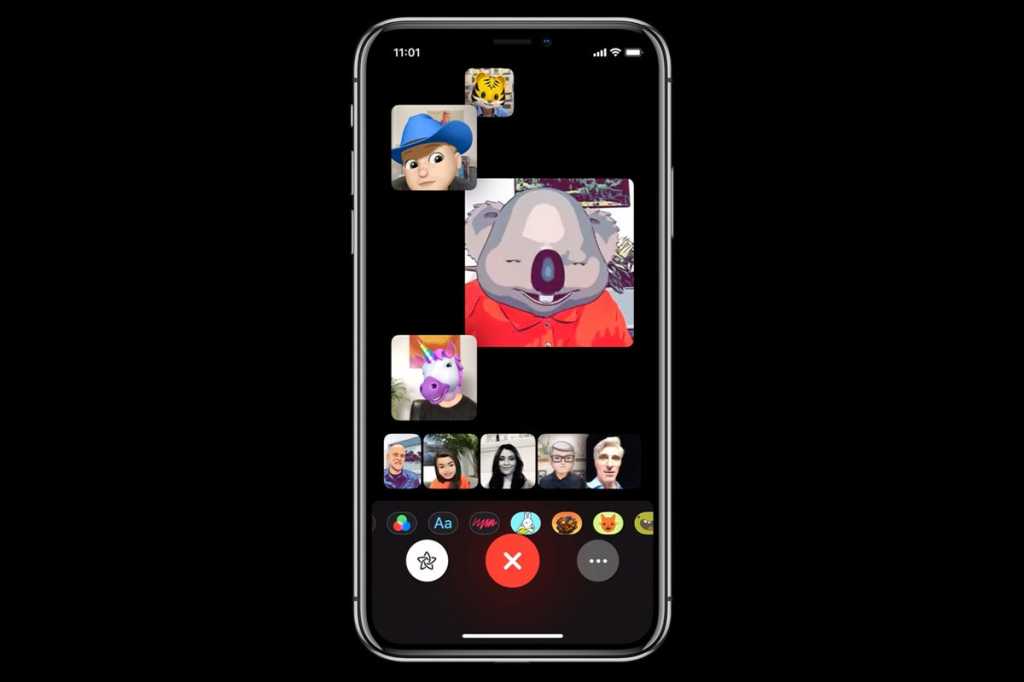 This week, Apple removed Group FaceTime from the beta for iOS 12 and macOS Mojave. The company indicated that the feature will not appear in the initial release, but will rather appear in a subsequent update released later in the year.

For people who were excited about audio and video chats with multiple friends, this is a bummer. (I heard from several people who said their kids were especially looking forward to using the feature, or were using it in the beta period and were sad that it’s going to be removed for a little while.)

But I’m a little less down on Apple making this decision. Every time I used Group FaceTime in the iOS and macOS betas, it was far from flawless. I had connection problems, video and audio would disappear and reappear at random, sometimes a person would appear multiple times in my view (or disappear altogether), and there were numerous cosmetic defects to the interface, too. It seemed… very beta. And clearly someone at Apple decided it was just not going to be solid enough by release time.

More broadly, though, I support this sort of move because it’s Apple realizing that it has a particular quality standard it’s supposed to meet, especially for new features. It can’t be easy to delay a banner feature of your next operating-system release, but when the alternative is releasing something that’s not good enough, this is the right choice.

When you run with the big dogs

The fact is, Apple is one of the most valuable and important companies in the world. Even when it was small, it tended to attract the attention of the media in ways that larger companies didn’t. That has only multiplied in the years since the release of the iPhone sent Apple into the stratosphere.

Today, the slightest mistake or misstep is magnified a thousandfold. Consider that weird bug that slowed down MacBook Pros for about a week. Or a flaw in a few iPhone 7’s that made them make a weird noise when under heavy load. The list goes on.

At Apple’s scale, even minor manufacturing defects affecting a tiny percentage of products—something so common in large-scale manufacturing that we have a name for those products, they’re “lemons”—means that Apple is making thousands of them. A flaw that affects 0.01 percent of iPhones would result in more than 20,000 flawed iPhones.

Any flaw in any Apple product—whether systemic or a one-off—will cause a full-on media explosion. Why step into one of those knowingly? With FaceTime, Apple can just let the software cook a little longer and sidestep one potential controversy. (Don’t worry—there will always be another one. Who wants to bet me that this fall’s iPhone roll-out won’t lead to a breathless YouTube video that reveals a shocking-but-minor flaw?)

Apple has learned its lesson

The decision to delay Group FaceTime is encouraging because it’s part of a pattern. In the past few years, Apple has become much more willing to delay OS features that aren’t ready, even if they were part of the initial marketing roll-out at the Worldwide Developer Conference in June. (A past iteration of Apple would’ve shipped every single one of those features, whether they were ready or not.)

Just a few recent examples include Messages in the Cloud, which was announced for iOS 11 and arrived this spring. The last thing Apple needed to do was screw up the text message history of billions of customers… so it waited until the feature felt more solid.

Or consider Portrait Mode, a banner feature of the iPhone 7 Plus. Presumably Apple intended for that feature to ship on the iPhone 7 Plus when it came from the factory, but it wasn’t ready. So the company announced that it would be enabled in a later software update. (And when that update came, it was still sold as a “beta” feature, essentially a label warning users that it might be a bit unreliable, in order to reduce outrage if and when it didn’t work reliably.)

And then there’s AirPlay 2, a banner feature of iOS 11 that shipped almost a year after it was announced. Based on what I’ve heard, AirPlay 2 just didn’t work right and Apple had to do a major overhaul of the software. Better to delay that feature than ship something broken and spend the next six months apologizing and promising you’ll fix it.

Lurking beneath the surface

I can congratulate Apple for being smart enough to not ship broken software when it can avoid it, but it’s worth pointing out that this sort of thing still shouldn’t be happening on a regular basis. There is a worrying trend of Apple misjudging its ability to ship certain features and products, at least at the time they expected.

In a way, these delays of iOS features are already creating this roll-out schedule, because we got Messages sync in the spring, AirPlay 2 in the summer, and will apparently get Group FaceTime in the late fall or early winter. Perhaps this is as simple as Apple announcing its operating-system releases as a collection of features that will roll out across an entire calendar year, rather than promising to hit a single date. “Here’s a look at what we’ve got in store for iOS over the next year,” they could say on stage.

At this point, that’s the truth of the matter. Maybe Apple should just admit it and move on. It would be one less thing Apple would need to apologize for.