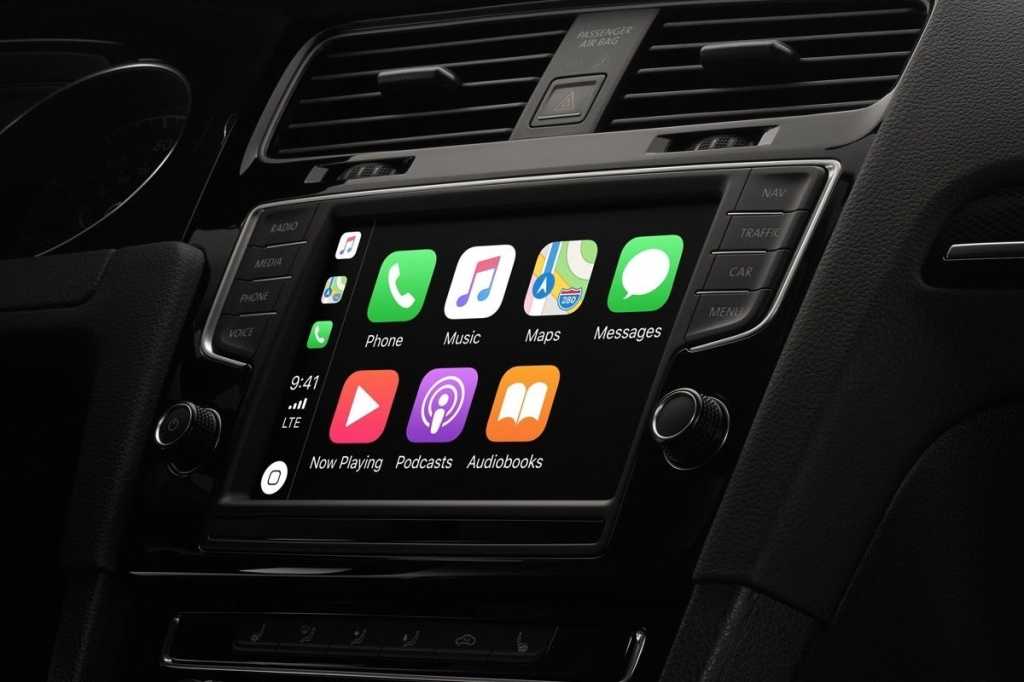 On Thursday, the invitations for Apple’s September iPhone event at last went out, accompanied by the bird-eye outline of Apple Park and the words “Gather round.” The speculation as to what it could mean runs from the plausible to the absurd. Some folks, though, realized it looked a bit like a wheel; a racetrack. Is Apple hinting that it might be ready to show off the long-rumored Apple Car?

I, for one, hope not. It’s exciting to think of what we could expect from a car made by the team in Cupertino, but I believe it’s best for all of us if we keep it limited to the realm of science fiction.

If you’ve watched or listened to our podcasts, there’s a good chance you’ve heard me express my fears about this at least twice. Nor am I alone. On Thursday, no less a person than Warren Buffet warned against Apple getting into the car business, although his concerns were more focused on the “more money for me” angle of an investor.

I don’t give much of a damn about that. Instead, I worry that Apple’s experiment with cars may cause it to sacrifice a good deal of the image it presents to the world. It requires it to deviate from the friendly Apple that flashes “hello” to us on Bondi Blue displays. It’ll force Apple to grow up in some ways, and I’m not sure that’s good for the world. And at the very least, I don’t think Apple’s work so far shows that it’s ready to take on something so advanced as a self-driving electric car.

Look, people die in cars. And if they don’t die in them, they’re killed by them. This happens far more frequently than many of us want to admit. The greatest automakers go to great lengths to make sure this doesn’t happen, of course, but many of them have been around for years and have had decades to figure out how to minimize the risks. Apple doesn’t really have that, and even if it poaches some high-profile automotive engineers, Apple may find that the culture they come from greatly clashes with its own.

We need only go back a couple of months to see how deaths can greatly alter the perception of a technology company. Much of the current craziness surrounding Tesla first reached a fever pitch in March after a man died near San Francisco while his Tesla was running on autopilot. Ever since then, rightly or wrongly, Tesla’s been unable to shake that taint. The same goes for the incident in which an Uber self-driving car struck and killed Elaine Herzberg in Tempe, Arizona. While some people argue that the accident was possibly unavoidable, it cast a shadow over the supposed safety of the automated car business in general. People argued that Uber as a whole should be shut down.

These accidents will happen, especially with such a new technology. With its mountains of money, maybe Apple is ready to take on that risk. But it’s worth remembering that there’s a ton of scrutiny directed at Apple—and much of it’s rooted in simple spite—so even one accident that results in a loss of life could blow up in Apple’s face. There are many criticisms that are possible to shrug off, but the loss of life isn’t one of them.

Right now criticisms of Apple usually run something like this: Its products are too expensive, it hasn’t innovated sufficiently lately, they don’t let you turn your app icons into portraits of the Thundercats. Whatever. It’s still easy to laugh at people who hate Apple simply for the pleasure of hating it.

But with an accident, people will have a real reason to fear what comes out of Cupertino. If two accidents happen, it’ll affect the perception of the company as a whole. And I’m not sure Apple is ready to tackle that.

Apple may not be ready to deal with the regulations involved

Within its literal walled garden at Apple Park, Apple is used to doing its own thing without having to worry too much about consulting outside authorities. Sure there’s the FCC and such, but if the rumors that had drifted down throughout the years have any weight, it’s not hard to believe that Apple sometimes has its ambitions thwarted by the need to comply with government safety regulations. Sometimes that means we get a less impressive device; sometimes it means products get shelved altogether.

We see this in smaller products. The Apple Watch, for example, was originally thought to be this miracle medical device that would go beyond mere fitness tracking and become a legit tool that medical professionals could use to monitor their patients. As the story goes, Apple had trouble working with the FDA to get it released on a marketable time schedule. And so, in the end, we got a device that was (and remains) basically a fitness tracker.

Apple would almost certainly run into those same troubles with a car (and then some). Every car would need to go through extensive safety testing, possibly prompting design changes that greatly alter whatever Apple originally had in mind. The project would then get delayed, as it almost certainly is now. It’s possible that Apple’s leadership could end up devoting too much time to this, taking away from the consumer electronics business that lies at the company’s heart. Much as with the Apple Watch, Apple may have to settle for something lesser, as people’s lives would be on the line: And that’s bad because:

An Apple Car would really need to ‘wow’ us

Cars are ridiculously common. I don’t even think I live in a densely populated neighborhood by San Francisco standards, and yet I see 14 cars outside my window while I’m writing this. As for innovation? Even electric cars are starting to lose their mystery. Tesla vehicles no longer really raise eyebrows around here, and I swear I get picked up in a Chevy Volt one in four times when I take an Uber or Lyft. And frankly, some of these new cars are already quite good at what they do.

A car from Apple would really have to be amazing. It’ll have to leave a mark more or less as forcefully as the iPhone did when it appeared in a sea of BlackBerries and Palms and totally changed our view of what a phone should be.

For Apple to make a dent in this field, it’d have to make a serious game-changer. Apple Music has shown that Apple can achieve great success merely by acquiring another company—Beats in this case—but at this point, Apple will have to do more than merely acquire Tesla, if that’s even on the table. (For that matter, I believe Tesla needs some of Elon Musk’s nuttiness to be what it is.)

As it is, I worry that an Apple Car will merely be an alternative to what’s already out there. It’d be driving into a field that’s already crowded with competent players, and Apple’s version may not have what it takes to stand out.

Yes, I’m about to compare and Apple Car to the HomePod, but look how that turned out. Apple jumped late into the smart speaker market, and instead of disrupting it, its HomePod became a beautiful laughingstock. Yes, it’s a fantastic speaker, but why can’t it still not do many of the things most people expect from a smart speaker? It’s boggling. And that’s just a speaker. Imagine dealing with that disappointment while also dealing with the massive investment needed to run a company. And the HomePod reminds me…

Apple’s services may not be up to the task

Apple has given us very little reason to believe that it can deliver the software and features needed to power a phenomenal self-driving electric car. Just look at Apple Maps and Siri, two services that’ll almost certainly be at the heart of whatever Apple releases.

Sure, Apple Maps is getting some much-needed improvements with iOS 12, but the fact is that I was driving through California as recently as last February and Apple Maps ended up giving me a tour of Bakersfield-area irrigation rather than, you know, helping me get on the freeway. Back in Texas, there’s a bridge near my parents ranch that washed out decades ago. The road has long since been fenced off and overgrown, but Apple Maps will sometimes still tell you to take that road into town. And we’re supposed to trust our lives with a service that does this? Perish the thought.

And what about Siri? Seldom has Apple dropped the ball so heavily as it did with voice assistants. Apple was the first company that really showed us how cool the service could be, and yet these days it lags far behind both Google and Amazon. I’m not even all that concerned with the so-much-for-don’t-be-evil data mining that Google does for a “better experience.” I’m more concerned that voice recognition and accuracy remains a major failing of Siri all these years later.

Apple had an early lead in this technology. It sure as hell had the money to do more with it. But this is what we get. And we’re supposed to believe that an Apple Car might be able to understand our command to turn on the windshield wipers? It’s more likely that it’ll make a note that we need to pick up some diapers.

O ye hypothetical person who first gets in an Apple Car in rush hour traffic on the Bay Bridge: You’re a braver soul than I am.

Look, I want to be wrong about this. I’d love for Tim Cook to show off something either this year or the next (or even in 2021) that presents us with a thrilling new vision of the car. Something sustainable. Something with zero emissions. Something that does all that and is mildly affordable. (You can all stop laughing now.)

But all this would require a mindset that currently isn’t reflected in the company’s current products and outward culture. I hate to say it, but this is one field in which I’m not looking forward to seeing how Apple innovates.