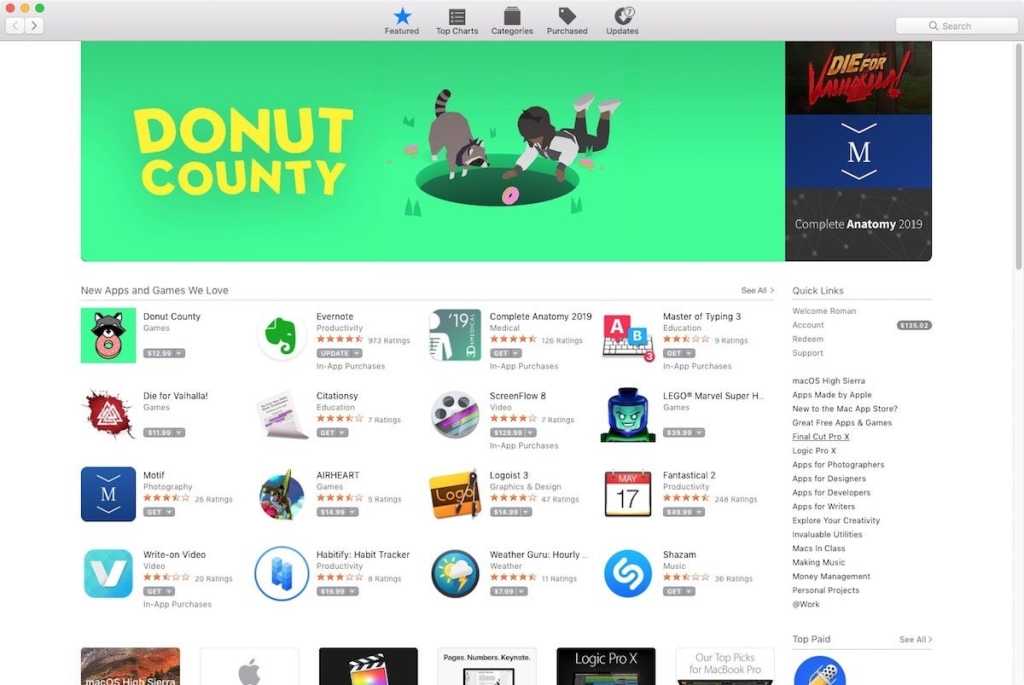 You may think you own that application you just downloaded, but chances are good you merely license it. If Apple has anything to say about it, that fact may soon have a much bigger impact on your wallet.

Recently, Business Insider reported on a “secret” meeting last year between Apple and some iOS app developers. Apple apparently encouraged the developers to switch from one-time, standalone purchases to a subscription-based model.

The move is reportedly intended to give developers a more stable source of recurring revenue. It would also, of course, provide that recurring revenue to Apple as well, which takes a 30 percent cut on the first year of subscriptions, and 15 percent thereafter.

Services have become a big part of Apple’s revenue stream. In the company’s last earnings call, it reported a record quarter for its services business, which includes the App Store and now accounts for almost 18 percent of the company’s overall income—far more than sales of its Macintosh computers.

A move to a subscription model has been gaining popularity among some developers for several years now, with many moving away from the traditional model of one-time pricing with paid upgrades. Some say the stabilty of revenue from subscriptions keep them afloat and counters the downward pricing pressure and “freemium” models that have been pervasive in the App Store. They also say it gives them the incentive to maintain and keep improving their apps.

Nice app you have there. Be a shame if anything happened to it

Critics point to the fact that subscriptions can increase the cost to customers for apps, sometimes dramatically so. They counter that without the need to improve their apps to attract new users and convice existing users to upgrade, developers will instead get complacent, coasting on revenue they don’t have to earn and relying on “good enough” apps with no incentive to make them better. A user can be held hostage when an app they paid for can simply stop working for no other reason than they stopped paying a fee to continue to use it.

No one argues that being a developer is easy or a surefire way to get rich. Getting discovered in the App Store has been an increasingly difficult proposition, even for quality apps, and the limits that Apple has long put on developers that prohibited them from offering free trial periods or upgrade pricing haven’t helped. The App Store is littered with abandoned apps that both illustrate the difficulty of running a viable business selling them and make it harder for other apps to be found in the clutter.

Smile Software was one of the first. In 2016, it switched its venerable TextExpander to a subscription plan. The resulting “ outrage” took the developers by surprise, and they soon dramatically lowered their pricing, gave existing users a hefty discount, and offered the previous version for single payment price. The move still had its critics, including Kirk McElhearn (who has written for Macworld), who wrote “I really do feel bad to have to say this; I think the people at Smile are great, and they make excellent software. But I think they’ve made a big mistake, essentially increasing the price of this app by more than double.” Two years later, the company still offers TextExpander 5 as a standalone purchase.

Shortly afterward, popular password manager 1Password also went to a subscription model. However, it still offers a standalone version, albeit quietly. The company explained in a support forum post that “we still offer standalone licenses for those that know they want them, but we’re not advertising them.” AgileBits confirmed that standalone pricing is still available for those who want it, but it recommends a subscription (called “membership”) to “to take advantage of the extra features.”

Some developers have gone all-in on subscriptions. Text editor app Ulysses made the switch last summer. It went from a $45 Mac app/$25 iOS app to a $5 per month or $40 per year subscription that unlocks apps on both platforms. In a long, thoughtful post on Medium, Ulysses’ developmer Max Seelemann explained the reasons for the move, noting among other things, “if you bought Ulysses at its launch in April 2013, you will now have received nine major feature releases. For free, at no additional cost.” The other side of that is that for the same period of time under a subscription, users will have paid approximately $160 versus $70. Whether either price is fair is certainly up for discussion, but that’s a big jump in what customers pay.

The lines (of code) are drawn

The move has its supporters, especially (but perhaps not surprisingly) from the tech and developer community. Daring Fireball’s John Gruber said the writing is on the wall. “Up front paid apps are going the way of the dodo. Whether you think that’s good or bad, it doesn’t matter. That’s where things are going.”

Others aren’t so sure. CodeKit developler Bryan Jones tweeted, “Subscriptions aren’t the future; nobody wants 26 subscriptions.” He lays at least some of the difficulties of standalone apps squarely on Apple, who he said “actively killed paid-up-front apps by refusing to support trials for a decade and counting.”

“Subscriptions are a part of the future, for a certain type of app,” he continuted. “But Apple attempting to shoehorn everyone into that box is doomed to fail. It’s common sense: nobody will pay $2/mo for a calculator. It’s the wrong model.”

PCalc developer James Thomson took a different route. He neither followed the trend to price apps lower and lower nor went to a subscription. In the same Twitter thread, he wrote: “The key, I believe, is not selling a $2 calculator, but selling a $10 calculator.”

In an interview, Thomson said “people like to feel that they own their apps, and can upgrade them at the time of their choosing. I don’t always upgrade apps myself—I might wait a few major versions if the app is still working and I don’t need the new features.”

The trend is not without its detractors, however. “Naturally, some users were upset and some even angry,” Ulysses’ Seelemann said. We tried to explain our reasons then, and found understanding here and there. But we’re still getting 1-star reviews for the move every single day.”

Perhaps there’s no one-size-fits-all solution. Subscription-based pricing may make sense for apps that provide recurring services, but less sense for “self-contained” apps like text editors, camera apps, and calculators. Thomson agrees: “Applications with a significant server side aspect are best for subscriptions,” he noted. “I don’t think standalone utility apps like PCalc are at all.”

Seelemann concurs, but adds the market Ulysses targets. “Outside the professional segment, I think paid-upfront is still the way to go—especially for utilities and games.”

Thomson said he felt similar pressures when he first released PCalc. “I experimented early on with small in-app purchases and PCalc Lite, but it was clear that people preferred paying the full price outright. Yes, I was certainly lucky—PCalc was reasonably well known before the iOS version, and it was there on day one so it’s had quite a head start,” he said. “I wouldn’t like to be starting today with a new app.”

“Developers have to pay their rents as well, and users want to be certain that their tools of choice still exist the other day,” Seelemann said. For certain apps, at least, “that’s only possible with sustainable businesses, and for those, subscription (models) will win out in the end.”

In an interesting alternative, a service called SetApp offers a subscription-based service with a difference: It’s a sort of all-you-can-eat subscription service that allows customers access to all its apps for one (recurring) cost. The appeal here is that customers can use as many of the apps as they like, for a price that’s often only a little more than a direct subscription to one. Whether that turns out to be a sustainable model or an overly optimistic MoviePass-style experiment remains to be seen. (Ulysses is one of the apps available as part of the SetApp suite.)

The times, they are a-changin’

Steve Jobs famously said “nobody wants to rent their music.” But time moved on and that changed, as evidenced by Apple Music, Spotfy, and others. Many have said the same about software. Perhaps that’s changing too.

Thomson observes that it’s a phenomenon that goes beyond music or apps: They’ve been trending towards zero,” he agrees—but “the perceived value of most media has, so this is a wider thing than just the App Store.”

No one wants a situation where developers can’t afford to develop, maintain, and improve their apps. But higher prices don’t always translate to higher revenues. If you double the price of your app, but lose over half of your customers, you’re in a worse situation than when you started. Conversely, if cutting your price in half brings in three times as many customers, you’re ahead of the game.

Developers are understandably reluctant to disclose details on sales, but Seelemann says his team is happy with the move and they’re not looking back. “With a subscription model, we gained a predictable income, and are, for the first time, able to make long-term plans,” he said. “We are able to put more focus on stability and performance and so on, so it’s a good situation to be in.”

Whatever winds up being learned in this experiment, one way or another it could be a costly lesson for developers, customers—or both.