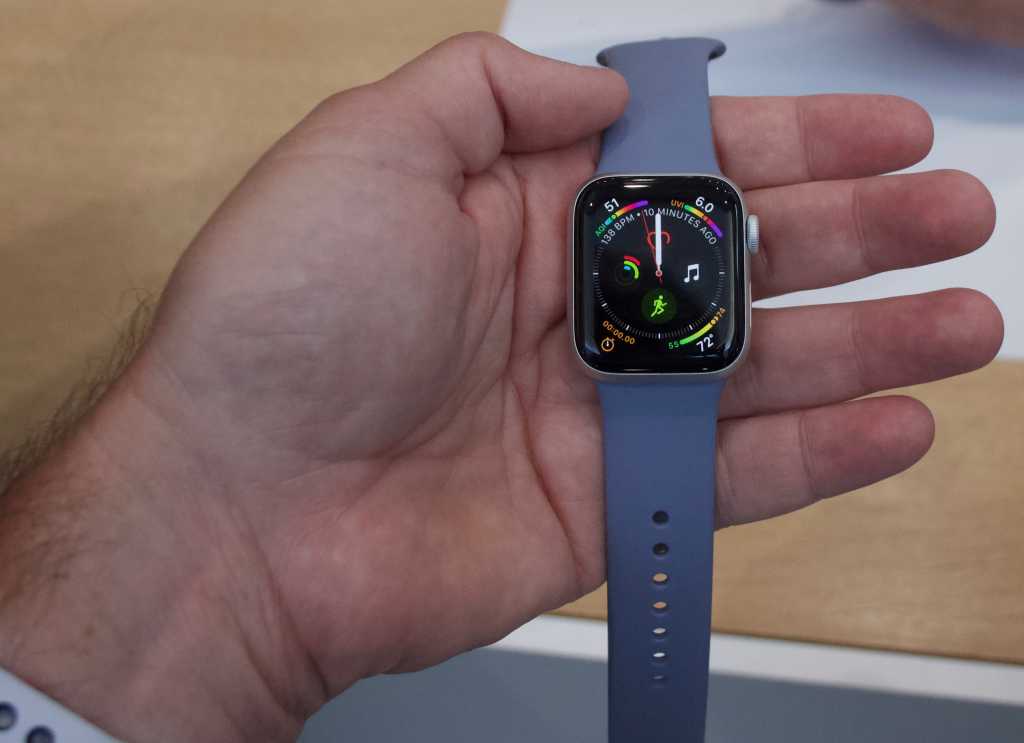 Along with the iPhone Xs and Xs Max, Apple has another new device going on sale Friday: the Apple Watch Series 4. Like the new iPhones, the difference between it and the previous Series 3 models comes down to two main things: a larger screen and a heftier price tag. But based on early reviews, it’s worth it.

Dieter Bohn of The Verge found that while the new Apple Watch sizes “don’t feel that much bigger on your wrist than the old sizes,” the extra pixels are a massive upgrade: “Things look different when the screen turns on. The screen on the Series 4 is just incredibly good. Apple says it’s 30 percent bigger, which is one of those specs that’s easy to just sort of pass over when you read it. But 30 percent is a lot, and you absolutely notice it right away.” He said the new display made his Series 3 watch “look dumpy and cramped by comparison.”

The New York Times’s Brian X Chen called the new watch “perhaps one of the most significant developments in wearable gadgets in years” due to its EKG sensor and heart monitoring capabilities. He also praised the quickness and accuracy of the heart-rate monitor and fitness sensors, as well as Siri’s faster response rate.

Over at iMore, Rene Ritchie writes that the Series 4 Apple Watch strikes a sweet spot in both size and useability: “It’s an end not just to bezels but to compromise. If your eyes previously lusted after the 42mm screen but your wrist demanded the 38mm case, now you can get the new 40mm Watch and have the best of both. If you were good with the old 42mm, now you can be even better with the new 44mm Watch.” He also loved the new faces that make use of the bigger screen, calling the new complications “informational escalations that manage to be denser without sacrificing legibility.”

Watch enthusiast magazine Hodinkee also reviewed the new watch and came away equally impressed with the design and new gold color. “There have previously been solid gold Watches and aluminum watches anodized to a soft gold color, but never something with this combination of shine, heft, and affordability. There’s definitely something a little luxe here and the particular shade of gold is a little warm and a little soft at the same time.”

Hodinkee reviewer Stephen Pulvirent even gave Apple Watch Series 4 the highest praise: A buy recommendation for wristwatch purists. “So whether you’re someone still wandering around with a naked wrist, checking the time by pulling out your phones like it’s a new-age pocket watch, or a die-hard watch collector who can’t imagine giving up their mechanical marvels, I think it’s high time you give the Apple Watch a shot.”