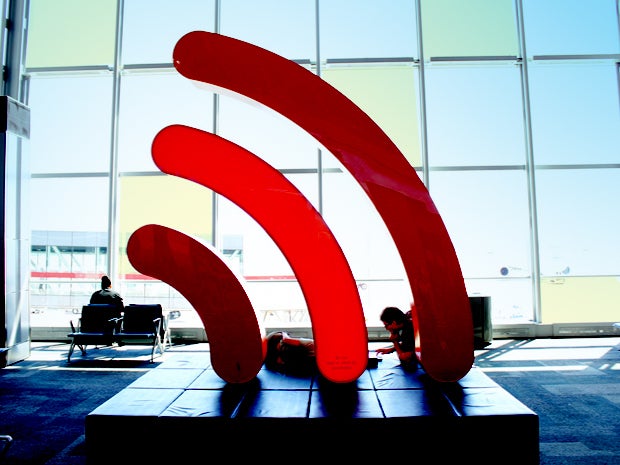 Since the beginning, Wi-Fi network standards have been designated by a set of numbers and letters only an engineer could love. 802.11b, 802.11a, 802.11g, 802.11ac (there are two letters now?)… how can you possibly expect regular users to know what they’re buying or connecting to?

In a stunningly rational move, the Wi-Fi Alliance (the industry group that sets Wi-Fi standards) has decided to dump the confusing alphabet soup and go with simple version numbers.

The networking standard previously known as 802.11ax will now be known as Wi-Fi 6, and it’s the latest major Wi-Fi standard. Here are some answers to common questions about it.

Update 01/07/22: The Wi-Fi Alliance has announced Wi-Fi 6 Release 2, an updated specification that should improve upload performance and power management.

What’s with the new numbers?

The Wi-Fi Alliance has decided that simply using IEEE standard designations on products is probably a little too confusing. Now, instead of seeing routers with “802.11n” and “802.11ac” and such, you’ll see simple generational numbers like “Wi-Fi 3” and “Wi-Fi 5.” Those 802.11 numbers are still there, but they’re not meant to be used in marketing and user-facing menus. It’s the kind of decision they should have made two decades ago.

Here’s how the old letters correspond to the new “generations” numbering scheme.

You’ll find these numbers on products boxes and marketing materials, but they’re also meant to be used in software on your devices. You’ll need an update to your laptop, phone, or tablet to add the symbols, but then you’ll be able to clearly see what kind of network you’re connecting to. If you see two networks available, one with a Wi-Fi 4 badge and one with a Wi-Fi 6 badge, it will be obvious to nearly everyone that you should connect to the one with the higher number for a better experience.

Wi-Fi 6 is all about using new technologies to squeeze a lot more bandwidth out of those same frequencies. In particular, it’s focused on more effectively handling lots of devices all connected at once, so your real-world speeds in a house full of devices (or in a coffee shop or train station where lots of people connect at once) should be many times faster.

A few of the technologies that make Wi-Fi 6 superior to Wi-Fi 5 include:

OFDMA: Orthogonal frequency-division multiple access (OFDMA) is a way to improve efficiency of multi-user MIMO streams. Think of a checkout at the grocery store: old Wi-Fi was one cashier checking out a whole lot of customers. Multi-user MIMO let four cashiers check out four lines of customers. OFDMA lets each of those four cashiers check out four customers at once, if they’ve got the time.

MU-MIMO uplink: In Wi-Fi 5, multi-user MIMO (Multiple-Input, Multiple-Output) only works on the downlink connection—from your router to your device. In Wi-Fi 6, it works in both directions, so your router can simultaneously receive data from different devices on different channels all at once. And the MU-MIMO channels have been boosted from a maximum of four in Wi-Fi 5 to eight in Wi-Fi 6.

Target Wake Time: Improves the sleep and wake efficiency on mobile devices like phones and laptops. This can help reduce power consumption and reduce congestion on crowded networks, too. It was initially developed to help with low-power IOT (Internet of Things) devices, but it could be a big benefit to Wi-Fi on phones, tablets, and laptops too.

Wi-Fi 6 will include several other technologies to help improve efficiency and deal with congested networks like dynamic fragmentation and spacial frequency reuse. Essentially, it’s a bunch of new technologies (many of which are currently used in LTE networks) to get a lot more data to more devices using the same amount of frequency bandwidth.

In reality, you’ll never see anywhere close to that number. What’s important about Wi-Fi 6 is not just the maximum speed on paper, but that it’s specifically designed to deliver faster real-world performance in the kind of networks we see today, with lots of connected devices and plenty of interference.

We won’t really know how much faster things will be until there are plenty of shipping products to test, but conservative estimates say a network full of Wi-Fi 6 gear should be able to deliver four times the bandwidth to devices as the same network full of Wi-Fi 5 gear, and possibly much more.

Wi-Fi 6 products have been shipping for a couple years now, and has been supported by iPhones since the iPhone 11. No iPhone supports Wi-Fi 6E yet, but the iPhone 14 might be the first to do so.

In 2021 we started to see some products labeled Wi-Fi 6E. It’s not a fundamentally new technology, just an extension of the Wi-Fi 6 specification into the 6GHz radio spectrum. You can read more about Wi-Fi 6E here.

Announced in 2022, Wi-Fi 6 release 2 is just the second release to make good on the originally-announced Wi-Fi 6 features that didn’t make it in time for the initial release. It adds Mult-User MIMO on uplink, for faster and more efficient uploads with less congestion at the router. It also adds some power efficiency features like broadcast target wake time and extended sleep time, which should help reduce battery drain on battery-powered devices.

These sorts of minor releases are not uncommon. Wi-Fi 5 had a “release 2” a few years after its debut as well. Some Wi-Fi 6 devices might support the release 2 features with a firmware update, others might require new hardware that we’ll probably see later this year. Apple devices don’t yet support these features, but could in new devices shipping in 2022.