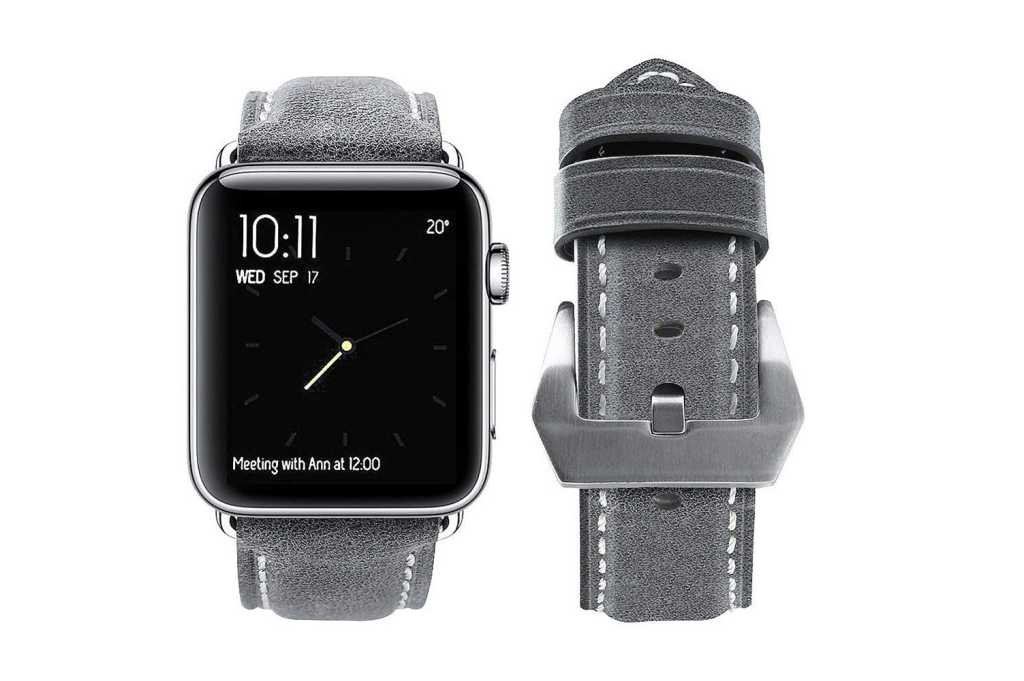 Leather Apple Watch bands don’t have to cost a fortune, particularly if you get them from a brand besides Hermès. Consider, for instance, this gray Apple Watch band from Top4cus on Amazon. If you enter the code XMIK7F5E at checkout, you get either the 42/44mm or 38/40mm version for just $4.20. Not bad, considering it normally sells for $14.00. 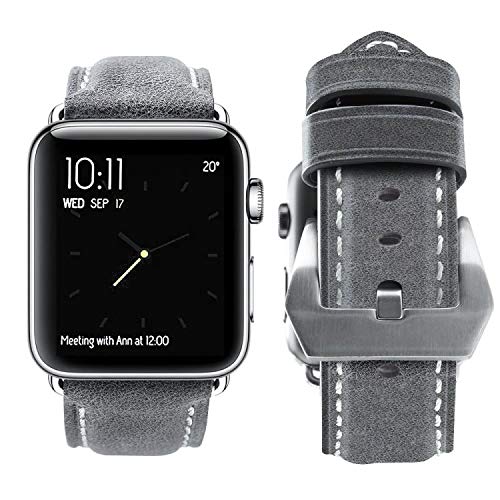 The bands should fit all Apple Watches, regardless of whether you’ve got a new version or one of the older ones. There are nine colors to choose from, although it looks as though the gray version appears to be the only one that enjoys such a massive discount. Even so, the rest only cost around $12 or $14 if you don’t mind paying full price.

The band itself is made of “three layers of genuine top leather,” although the seller claims it isn’t waterproof. On the bright side, it comes with a 12-month refund or replacement policy.

Generally, buyers seem to like it. It’s still got a rating of four out of five stars after 475 user reviews, and most buyers claim they like the quality.

One user, though, says that her husband felt that the band was a little too short, and that he needed to wear it on the last notch. (Depending on the version, it ranges in size from 6.3 to 7.9 inches.) A couple of other users say that it’s a little stiff, and that they needed to “bend and flex” it when it arrived. As for myself, I can’t help but wonder how comfortable it is with that massive buckle.

Still: Four bucks. Even if it doesn’t work out, you’ve still paid a ridiculously low price for a leather Apple Watch band.