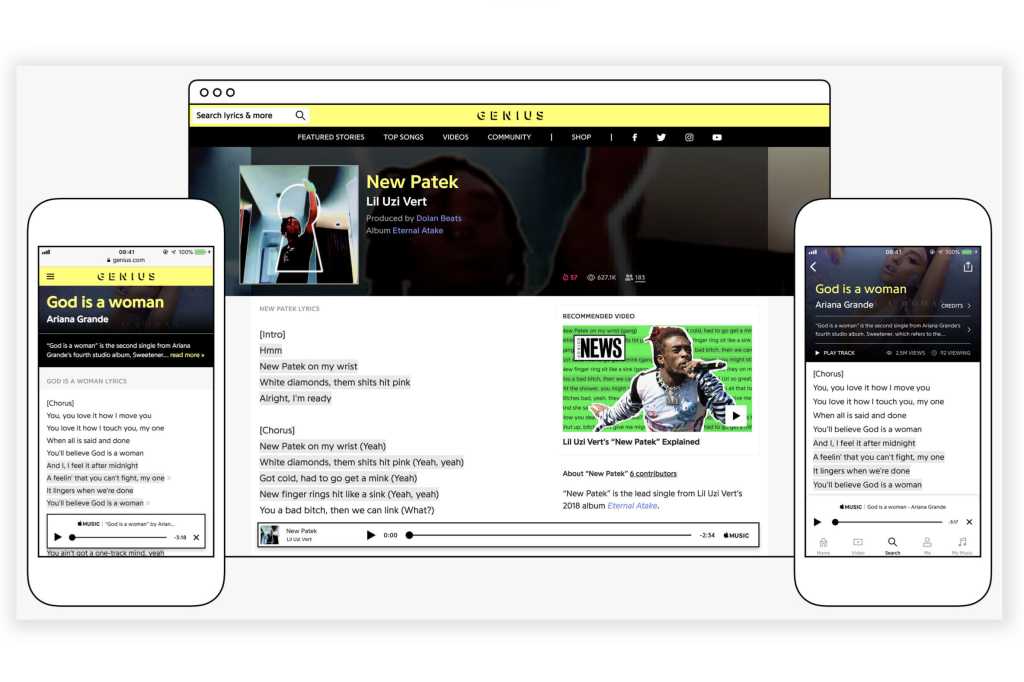 Genius, the massive online song lyrics database, just announced a partnership with Apple. Starting today, visitors to the Genius website or users of its iOS app will see a small player at the bottom of the screen while viewing a song’s lyrics. The player will use Apple Music to play a 30-second clip of the song, and Apple Music subscribers can play the entire thing by signing in.

The Apple Music service as a whole benefits from the partnership, too, as Genius will provide lyrics to thousands of songs on the service.

Lyrics have been featured in Apple Music for a long time, but they are often criticized for spotty accuracy. A great many popular songs don’t have lyrics at all. Adding lyrics from Genius should drastically improve both problems: The Genius lyrics database is sourced by artists and fans, and it’s regarded as one of the most complete and accurate available.

This will have a measurable impact on Apple users. Users can now search for songs by lyrics in iOS 12, and a bigger and more accurate lyrics database will make that feature more useful. The Genius integration also ties into Siri, which impacts HomePod users as well as those with iOS devices. You can ask Siri to “play the song that goes…” followed by a few lyrics, and if Siri finds a match, it will play it. That feature should get a lot more reliable with the addition of Genius’ database.