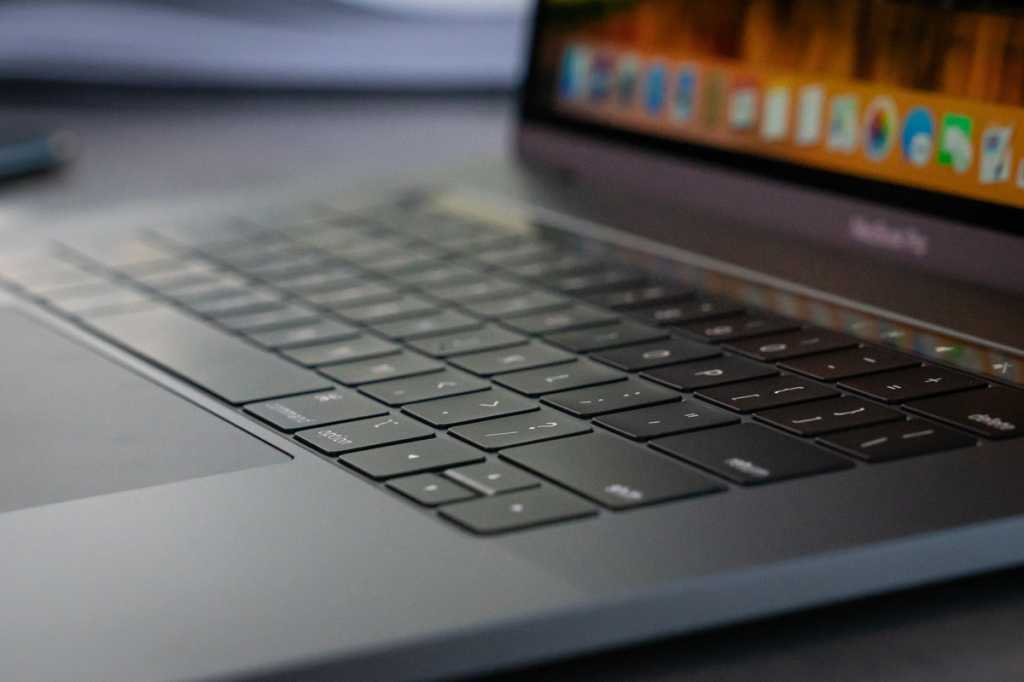 The 2018 15-inch MacBook Pro with Touch Bar is still is only a couple of months old, but fortunately we’re already seeing a couple of good deals for it. Today at B&H, for example, you can find Apple’s latest powerhouse MacBook Pro available for $200 offRemove non-product link, which means you’ll pay only $2,199.99 rather than $2,399.99. You can also find this model on sale at AdoramaRemove non-product link for the same price.

Here are the specs:

It’s a good machine, and it’s remarkably faster than last year’s 15-inch MacBook Pro. Apple also included a thin membrane under the “butterfly” keyboard for this model, which not only allows for quieter typing but keeps gunk from slipping under the keys.

This is a bigger deal than you might think. With the previous model, there was a small chance that crumbs or dust under a single key would keep that key from working entirely, requiring Apple to—get this—replace the entire keyboard in order to get it working again. Editorials flew off the presses. Lawsuits were filed. Even so, I can’t say I ever witnessed it myself or knew anyone who did.

Fortunately, the membrane seems to have done the trick. To my knowledge, no one’s had that problem with this newer keyboard, so that alone makes the 2018 15-inch MacBook Pro the smarter buy.

Be sure to check out our full review, which focused on the more powerful 2.9GHz model. Still, much remains the same. In July, editor Roman Loyola had this to say about the unit:

“I often say in laptop reviews that if you bought last year’s model, you probably won’t find the speed results compelling enough to upgrade. But speed weighs heavily in this year’s model, and this is an interesting buy for anyone who uses multi-core apps. Six processing cores is, well, better than four, and the performance boost is deeply satisfying for pro app users. You’ll find that the investment quickly pays for itself.”