For almost 10 months now, I’ve kept my iPhone XS Max armored in Apple’s $39 silicone case, and now that we’re likely only a month away from the reveal of a new phone, it’s a good time to pass judgement. And, well, the situation is grim. Let’s put it this way: If I didn’t know I’d be getting a new phone next month, I’d already be in the market for a new case to replace this one.

But Leif, you say, this is a decidedly different take than what you said last year when you reviewed this case after only four months! And it’s true: In an earlier version of this review, I said, “I believe four months is enough time to prove that it’ll likely last the full lifespan of my phone under normal stress.”

Thing is, I still stand by a lot of what I said. My iPhone doesn’t have a scratch on the body. Its slim profile still allows it to slip neatly into my pockets, and its grippy silicone usually keeps me from worrying about dropping it even when I’m taking photos from a railing of a wave-tossed ferry. (Surprisingly enough, I’m extremely worried when handling the slick leather case.) Klutz that I am, just yesterday I bumped into a wall and my phone flew out of my hand and crashed face-down on a tile floor, and yet I saw no cracks in the display when I flipped over the phone to assess the damage. I didn’t even worry because the “lip” around the edge of the display is high enough to keep the glass safe. These things happen enough that I’ve learned that my phone will probably be fine.

But just under a year later, the case looks ready to retire. It’s literally rough around the edges, and the silicone is flaking off the sides like dead skin from a sunburn. The back remains relatively free of nicks, but along the bottom there’s a tear that’s big enough for my thumb, and I sometimes worry I’ll accidentally strip away the entire silicone coating if my keys get jammed in between the silicone and the hard case.

I probably wouldn’t mind if this flakiness were the case’s sole problem. Enough silicone remains that it retains the grippiness I love so much, and it remains stain-resistant even though I’m prone to handling it with greasy fingers or accidentally laying it on a wet countertops.

But no, there are larger issues. The bottom right of the hard plastic shell beneath the silicone has completely broken off (and it happened so long ago that I’ve forgotten the circumstances). So far I’ve been lucky that I haven’t dropped it on that one unprotected spot, but if I ever do, I imagine the damage will be such that I may as well not have been using a case at all. And there’s evidence that it’s about the get worse. In the upper right I can see fractures taking shape, and it won’t be long until that corner, too, breaks off like an iceberg. The lower left corner still fares well, but the upper right now sports its own crack. A couple more hard corner tumbles, and the whole case might pop off because there’s nothing left to hold it in place.

So here’s a catch. I take a lot of photos and videos of my uncased iPhone here at Macworld, which means I end up removing the case at least every couple of weeks. The case fits as tightly as only a case made by Apple probably can, and I doubt Apple expected that I’ll be taking it off so often. That’s got to be rough on the corners. And as I said above, I’m also prone to dropping my phone—which is why I prefer that grippy silicone. I’ve little doubt that my phone endures more than an average level of abuse, and I certainly could never be one of those mad souls who carries these glass-backed devices as nakedly as Jony Ive seemingly prefers.

Yet I’ll also emphasize that there’s no damage to the phone that the case should have prevented. (The display glass has a scratch from my keys, but that’s because I’m not fond of using screen protectors.) And yet in spite of its pitiful visual state it’s survived tumble after tumble while taking up barely more room than a iPhone without a case. In the past, I’ve seen my phone shatter after even short drops even when they’re enveloped in cases that look far more x-treme than this, so there’s little question that it’s done its job.

But I still feel safe in saying that the Apple iPhone silicone case only has a practical lifespan of around a year. I could probably get another half year out of it, but by then its aesthetic deficiencies would overshadow its practical benefits. For the moment—at a distance, anyway—I’m still not embarrassed when I’m seen with it.

I personally don’t regret the purchase. It offers many of the features I want from an iPhone case—and I even admit I’m fond of the Apple logo on the back—but I could see how someone might balk at slapping down 39 bucks for this when companies like Miracase sell red models like mine for as little as $13.96. If you’re concerned about that case wearing out, you could buy two of them and you’d still be paying less money than you would for Apple’s version.

That’s your call. For my part, I know that it’s going to keep my phone slim, grippy, and protected (even with a missing corner), and I know it’ll at least last until my next annual upgrade. I readily admit I’m even thinking of getting one for my next phone. This time, though, I’m going to be more careful when I’m taking it off. 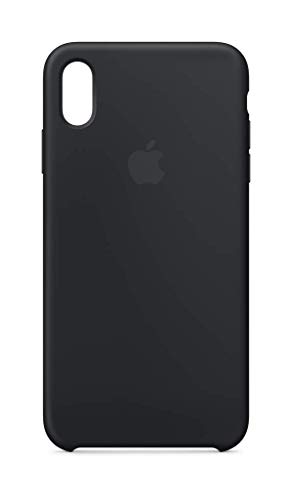