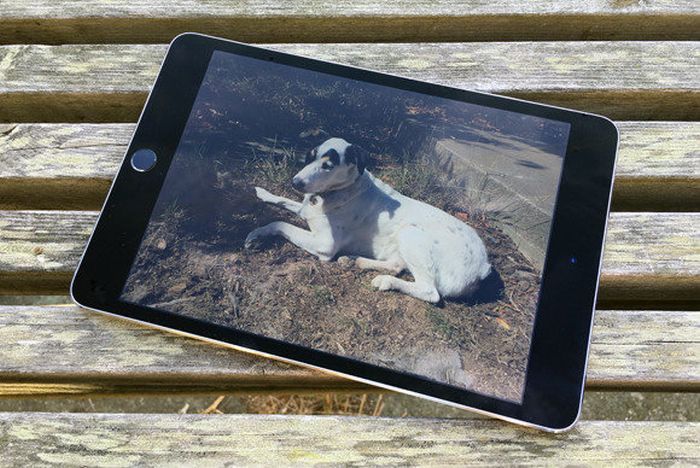 Between the expanding screen size of the iPhone X series and the latest iPad dropping to $330, the iPad mini almost feels like a forgotten member of Apple’s family. But you’ll want to remember the 7.9-inch tablet today, because Walmart’s selling the 128GB iPad mini for $275Remove non-product link, or $125 off its usual $400 price, with free two-day shipping tossed in for good measure. The deal only applies to the Space Gray version of the tablet.

UPDATE: And it’s gone. The Space Gray version of the iPad mini is now being sold by a third-party seller at $380.

Apple hasn’t updated the iPad mini since late 2015, but Macworld called it “the update you’ve been waiting for” at the time. The lightweight tablet features a 2048-by-1536-pixel resolution, LED backlit display with an anti-reflective coating that helps reduce glare in direct sunlight. Battery life exceeded 11 hours in our tests, and Apple stuffed the iPad mini with a whopping 128GB of storage. As a complete package, the iPad mini makes for an enticing grab-and-go option, even though the older A8 processor is starting to get a bit long in the tooth. (The iPhone XS is up to the A12 Bionic.)

And that’s the twist with this deal. Apple’s holding an event in Brooklyn on October 30 and rumors suggest the iPad mini may finally receive another update. If so, you might see the tiny tablet updated with newer innards and lower prices tied to lower storage capacities. So maybe don’t hop on this deal if the speeds and feeds interest you. But if you want a travel-friendly tablet that’s brimming with storage space and don’t care about having the latest and greatest technology, the 128GB iPad mini for $275 at WalmartRemove non-product link is worth considering.

Don’t take long to decide, though; if an updated version does appear tomorrow, this deal could disappear sooner than later.

Brad Chacos spends his days digging through desktop PCs and tweeting too much. He specializes in graphics cards and gaming, but covers everything from security to Windows tips and all manner of PC hardware.