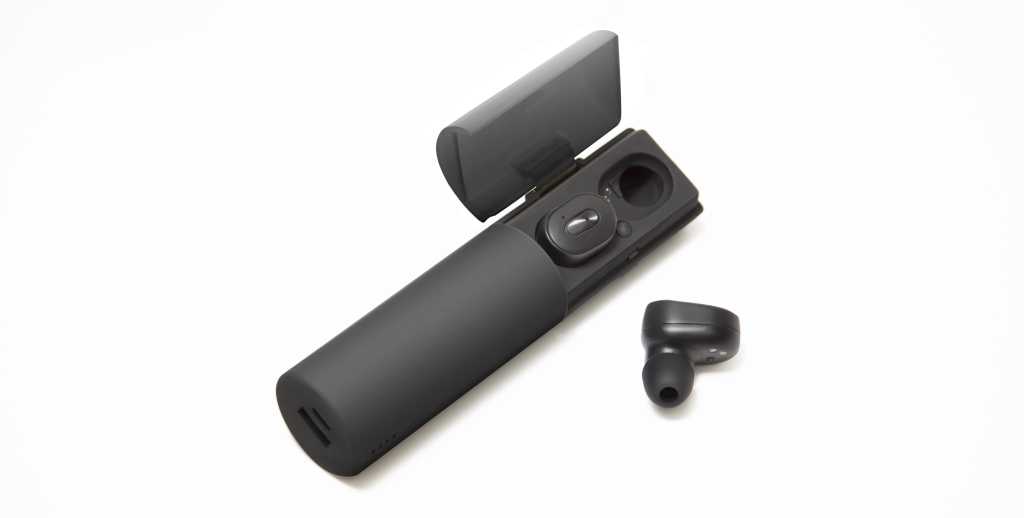 Image: Wicked Audio
At a Glance

There’s a lot to be said for owning an inexpensive pair of earphones. If they get damaged or lost, it won’t hurt as much as it would if they’d cost more. They might not sound as good as a set of high-end cans do: but hey, they were inexpensive. The trick to finding a set of low-cost earphones that’ll make you happy is knowing how to draw the line between inexpensive and cheap.

Inexpensive allows you to shrug away all of the things that your earphones can’t do. It’s cool because they sound good enough, work reasonably well, and don’t make you want to throw them across the room in frustration. Cheap means that, even if they didn’t cost you much, they’re still not good enough. When using a cheap product, you find yourself wishing that you’d spent more. Cheap makes you want to buy something else. Cheap ends up with you leaving your earphones in a drawer.

Wicked Audio’s $79 Arq truly wireless earbuds are inarguably inexpensive—they’re half the price of Apple’s AirPods. However, due to a number of shortcomings, they feel cheap enough that you’ll wish that you’d spent more.

Wicked Audio is bang on the money in the achieving a good weight. The combined heft of the earbuds and their charging case comes to a total of five ounces. That’s a win for anyone planning on stashing the Arq in their backpack or purse.

However, with the charging case’s 5.5 x 1.25 x 1.25 inch size, fitting it into your hip pocket is less than ideal. The key reason for the case’s rotund dimensions is that it comes packing a 2,600 mAh battery. You can use this huge amount of capacity to charge their smartphone in a pinch (using the USB-A port built into the case) or recharge the earbuds up to 60 times before having to juice the case back up.

Unfortunately, you’re going to need those extra charges: according to Wicked Audio, the Arq will only hold a charge for a maximum of three hours of listening time. During the week I spent using the earphones, I found that their runtime was closer to 2.5 hours. This is well below what I consider to be an acceptable amount of time between charges. Depending on your listening habits, however, 2.5 hours could be right up your alley. Once the earbuds are completely discharged it’ll take you around 30 minutes to juice them back up again.

The earbuds themselves are made out of lightweight plastic. While they don’t feel as sturdily-made as most of the more expensive earphones that I’ve tested, their build quality is such that I don’t feel it to be a knock against them. I’m not able to say the same thing about their fit, however: No matter which of the three sets of silicon ear cups that I attached, I wasn’t able to create a decent seal.

Additionally, I found that even moderate movement, such as what you’ll put yourself through during a brisk walk, will see the Arq ready to fall out if you’re not careful. I found myself frequently checking to ensure that they were still in place in my ears. This is a concern echoed online by other users.

Almost none of the Arq’s features are automated. Before pairing the earbuds with your phone, you’ll have to pair them with each other. They don’t automatically turn on when removed from their charging case. Rather, each earbud has to be turned on by the button built into their end cap. The Arq don’t take being placed back into their case as a hint that they should charge—there’s a button for that, too. Despite the presence a button on each earbud, you won’t be able to activate Siri or adjust your volume using the earphones. You can power them on or off, take or end phone call, and play, pause, or advance a track of your music. That’s it.

Wicked Audio is quick to promote the fact that either of the Arq’s earbuds can be used on their own for a mono listening experience. This could be useful for those who occasionally want to share their earphones with a friend. However, I found that this feature can also make for a seriously frustrating solo listening experience.

When paired with an iPhone, iOS only tracks the battery level of one of the earbuds. On a number of occasions, within an hour of giving the Arq a full charge in their battery case, I was left listening to a single earbud, instead of a stereo pair because their batteries weren’t draining at the same rate. With a dead ‘bud in my right ear, my iPhone 7 Plus was still reporting that the Arq had around a 50% charge. On a noisy commute or times when you’re relying on your earphones to block out the outside world so that you can get some work done, that sucks.

If you’re able to look past all of the flaws and shortcomings of the Arq, you may be able to find some satisfaction in their sound. For their price, these earphones sound pretty good. Listening to my earphone testing playlist, other music, and podcasts over a seven-day period, I found that the audio produced by these earphones wasn’t too shabby. There was a reasonable amount of audio separation, and while listening at low to medium volumes, I detected no distortion in the high or low frequency ranges.

This wasn’t the case with the volume cranked up to 11, however. While listening to “Black Dog” at around 80% volume on my iPhone 7 Plus, for example, Robert Plant’s red-hot vocals and lusty moan of Jimmy Page’s guitar just didn’t sound as compelling as I’ve heard them in the past. Additionally, no matter what level I listened at, the bass the Arq earbuds provide seems soft and undefined.

The Arq offer limited control over your music, poor battery life, and a large variety of irritants that make them more of a chore than a joy to use. You’d be better off saving up to buy a more capable set of truly wireless earbuds or settling for a decent pair of traditional Bluetooth earbuds. Even at $79, Wicked Audio’s Arq are more trouble than they’re worth.