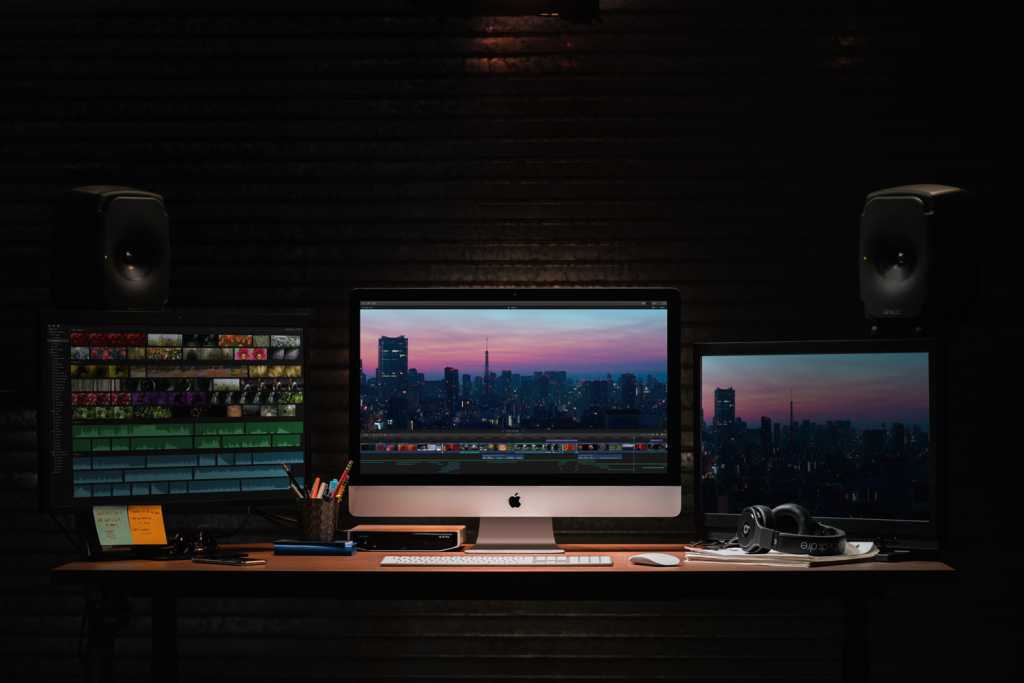 Following Monday’s news of new iPads, Apple on Tuesday revealed upgrades for its iMac lineup, featuring eighth-generation Intel Core processors in the standard configurations, with the option to upgrade to a ninth-generation processor.

The price points of the standard configuration models remain unchanged. Apple is currently taking orders from the new iMac, but it won’t ship or be available in the Apple Store until next week.

Apple has three standard configurations of the 21.5-inch iMac, and Apple is changing two of the three configurations. The $1,099 iMac stays the same, with a seventh-generation 2.3GHz dual-core Intel Core i5 processor, 8GB of memory, a 1TB hard drive, Intel Iris Plus Graphics 640, and a 1920×1080 display.

The new $1,499 iMac also has an eighth-generation 3.0GHz Intel Core i5 processor, but this model supports 6-core processing, a first for the 21.5-inch iMac. This iMac also includes 8GB of memory, a 1TB Fusion Drive, 4GB Radeon Pro 560X graphics, and a Retina 4K P3 display.

A new option for the 21.5-inch iMac is the ability to upgrade the graphics card in the $1,499 iMac to a 4GB Radeon Pro Vega 20, which the company says is 80 percent faster than the previous graphics card. This upgrade adds $350 to the price.

While the standard memory configuration remains unchanged at 8GB, Apple is now using faster RAM clocked at 2666MHz, up from 2400MHz. Also, the 21.5-inch iMac can now handle 32GB of memory, up from the previous limit of 16GB. The RAM is still not user-accessible, so if you want more than the standard 8GB, you either need to customize the RAM at the time of your order, or bring in the iMac to be serviced for a memory upgrade later.

Apple offers three standard-configuration models of the 27-inch iMac, all of which feature Retina 5K displays. All of the CPUs in the standard configurations are getting two more processing cores, jumping from four cores to six.

Apple didn’t announce a major update to the iMac Pro (which was released in December 2017), but it did release a couple of new upgrade options.

Apple also has a Radeon Pro Vega 64X with 16GB of HBM2 memory graphics upgrade available for an additional $700.