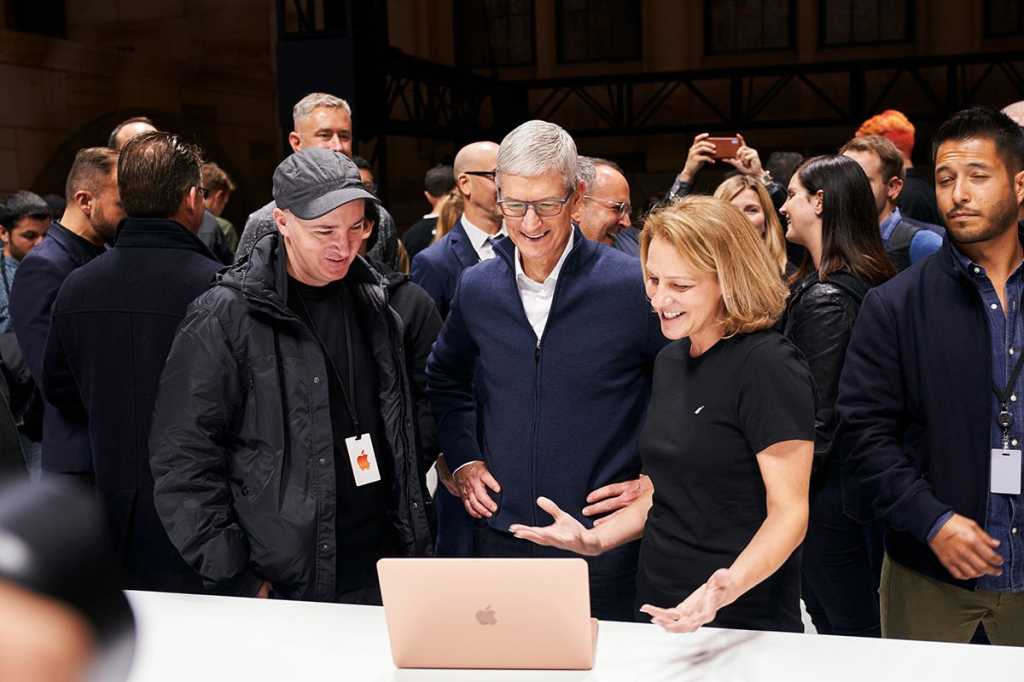 Apple on Thursday  released its earnings report for the fourth quarter ending on September 30. Overall revenue reached $62.9 billion, marking a 20 percent boost from the year-ago quarter, and quarterly earnings per diluted share amounted to $2.41, marking a 41 percent increase.

International sales played a big role in this success story, as they were responsible for 61 percent of Apple’s revenue. This was a led by a 34 percent increase in revenue from Japan and by a 22 percent increase from the rest of east Asia.

While there was plenty of good news, Apple stock fell by 7.3 percent in after-hours trading. That’s enough to bring it below its famous $1 trillion valuation, particularly if it stays that way through the night.

Part of the reason for the stock slide is that Apple’s posted guidance for revenue in the holiday quarter is between $89 billion and $93 billion, which is better than the $84 billion and $87 billion posted last year but less than the roughly $98 million many analysts were hoping for.

But that isn’t really affecting the amount of money Apple is making on the iPhones, considering how pricey the units are these days. Apple reported an average selling price (ASP) of $793, beating the $618 from the year-ago quarter by a whopping 28 percent.

As a reminder, the iPhone XS has a starting price of $999, while the iPhone XS Max starts at $1,100. As usual, Apple didn’t specify the sales numbers for each individual phone—in fact, it will no longer report the unit sales numbers for the entire iPhone line in the future, as Apple financial chief Luca Maestri said on Thursday’s call that the “number of units sold in the quarter is not representative of the underlying state of business.”

Apple’s report showed that the iPad continues its gentle decline, as the line earned revenue of $4.01 billion from 9.7 million units sold, down 15 percent from the $4.8 billion it reported last year. This decline could reverse by next year, though, if consumers find that the new iPad Pro models are as impressive as they look.

Macs saw a slight increase in revenue even though the number of units sold (5.3 million) dropped by 2 percent. In total, the revenue was up 3 percent to 7.4 billion this year, compared to the 7.1 billion a year ago. The iMac Pro, released toward the end of 2017, might have been partly responsible for the boost.

Glad to be of service

Apple has been touting its strength in services lately, and that strength shows up in the $9.98 billion services revenue Apple reported. That’s an impressive increase of 17 percent over last year, but it failed to reach Wall Street estimates in the neighborhood of $10.2 billion. “Services” is a broad and vague term, but it includes things such as subscriptions to Apple Music and App Store sales.

Other items of business

Apple also did well in its Other Products category, a similarly vague bracket that includes devices like the Apple Watch and AirPods. Last quarter, revenue here reached $4.23 billion, an increase of 31 percent over the $3.2 billion reported last year.