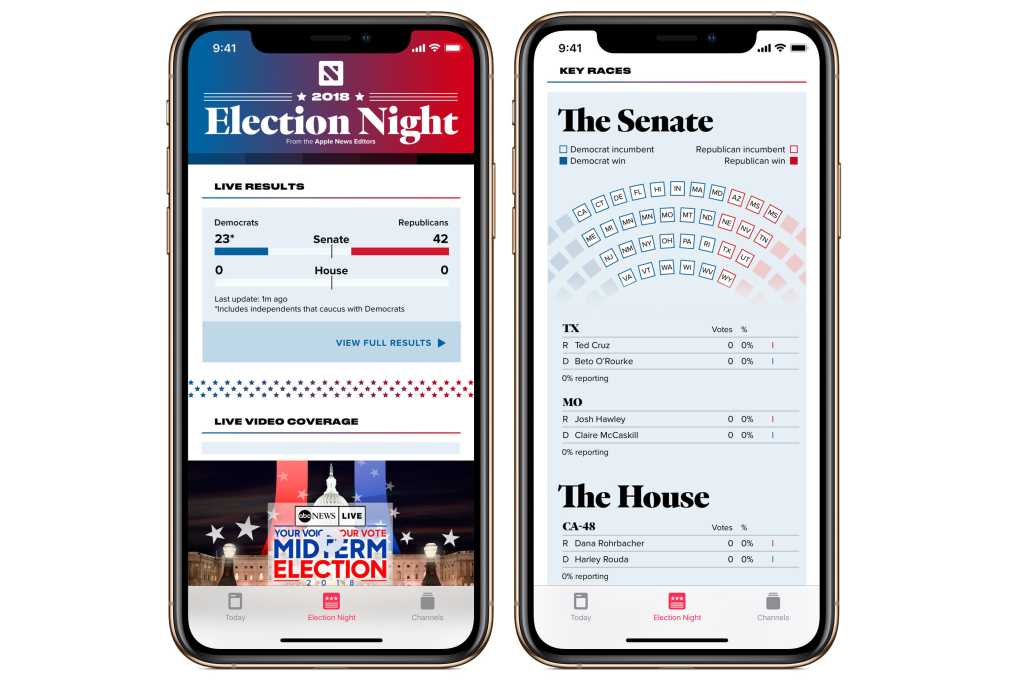 The U.S. midterm elections on November 6 will be hotly contested and closely watched, with every news organization producing wall-to-wall coverage of results as they come in from across the country.

According to TechCrunch, Apple’s News app will be getting in on the action, too. The current “Midterm Elections” section will be replaced by “Election Night,” as will the “Digest” tab at the bottom of the app.

The section will feature live election results from the Associated Press (whose results are used by many large news organizations), and live infographics that update every minute. You’ll also be able to see a complete rundown for the House and Senate races.

The real-time data will be accompanied by news stories on the latest developments and key races from providers like CNN, Fox News, CBS, The New York Times, and others. CBS News, CNN, and Fox News will provide video clips for the Election Night hub, and Apple says viewers will not have to verify their home TV provider in order to watch them on election night.

TechCrunch reports that the news coverage will not be driven by algorithm. Rather, Election Night is an all-hands-on-deck type of situation involving real human editors that will curate and aggregate news with editorial oversight. Hopefully, this approach will cut down on mis-reporting and misinformation.