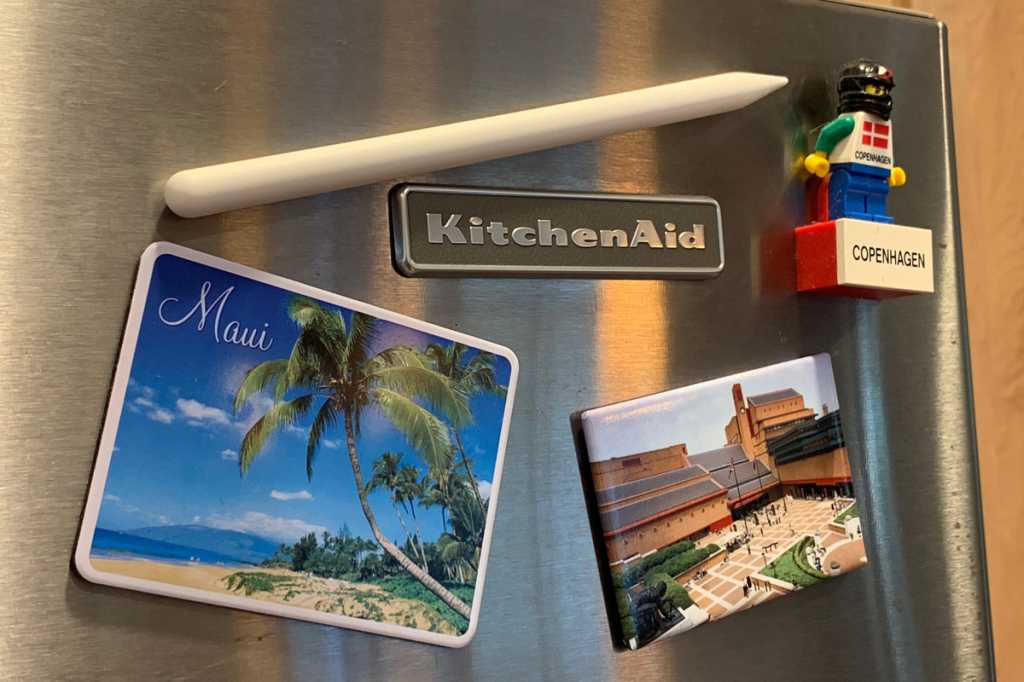 There was a time when magnets were the most terrifying things in computing. Magnets erased floppy disks and tape cassettes and even hard drives. But in the modern era, magnets are our friends. Apple has used them for various important tasks over the years, from the convenient breakaway charging cable of MagSafe to the sensor that knows you’ve closed your MacBook’s lid—and the attraction that helps keep it closed.

In the last few years, Apple has brought the rules of magnetic attraction to the Apple Watch, the iPhone, and now the iPad. How do they work? You don’t need to know to appreciate what magnets do for modern Apple devices. And that goes double for the new iPad Pro, with its 102 magnets—as cited in Apple’s launch video about the product, no less—and all of the magnetic accessories that go along with it.

One curious addition to the iPhone X last year was something called a Hall sensor, which is the name of a sensor that can detect when a strong magnetic field comes close to it. It’s something that Apple’s been using for ages in the iPad to automatically sleep and wake those devices when you open and close them via a Smart Cover. But the iPhone X (and now the XS) were, so far as I can tell, the first iPhones to have that same functionality. It is not a coincidence that the first instance of Apple selling a case that covers the face of the iPhone came with the same product.

The nice thing about using magnets for such a purpose is, as the latch on a MacBook also shows us, it allows a device to know whether it’s open or shut and provides attraction to keep it shut. It’s not just that an iPad or iPhone cover is up against a device—the magnets are keeping that cover closed until someone exerts enough force to open it back up. It’s a great system.

Similarly, on the Apple Watch—as with MagSafe back in the day—Apple’s using magnetism to hold a charger against a device. In this case, it’s the Apple Watch inductive charger, which gently snaps against the back of the Apple Watch. (This isn’t a particularly strong magnetic connection, as anyone who has looked at their Apple Watch the wrong way and had its charger pop off would attest.)

That brings us to the new iPad Pro, with 102 magnets spread all around. On the new iPad, Apple’s using magnets in four primary ways: As a way to firmly attach accessories to the device’s back, as an Apple Pencil attachment, to attach the Smart Connector, and to attach a screen cover while locking or unlocking the device.

The most dramatic use of magnets is when it comes to accessories. Both of Apple’s accessories for the iPad Pro are folio cases, meaning they’ve got both a front and a back. (This isn’t the first time Apple has done something like this—it sold a Smart Cover for some iPad models that covered both the front and the back of the display—but that case wrapped around the sides of the iPad as well.)

Apple’s Smart Folio and Smart Keyboard Folio attach to the back of the device, held entirely in place by magnets. This explains the number of magnets Apple’s using back there, because those cases need to stay on firmly—and they do. There are fewer magnets in the corner of the iPad containing its camera, because magnets and cameras can interact in unpleasant ways. But the other three corners are very strongly magnetic, and while it’s easy to remove the cover if you want to, it’s much harder to remove it accidentally—that’s the perfect balance.

One other nice touch in these new Folio cases: When you fold the cover back behind the iPad Pro, it magnetically attaches to the back case, holding it firmly in place so that it doesn’t flap around. Well done.

I’m a big fan of third-party keyboards for the iPad Pro. The new Smart Keyboard Folio is a major improvement over the old Smart Keyboard, as it’s more stable when in your lap, less bulky, and offers two different display angles. But sometimes you want a more laptop-style experience, and for the last couple of years I’ve used a keyboard from Brydge that provides that. The thing is, Brydge’s design used clips to hold the iPad in place, and the clips went over the iPad bezels… that are almost entirely gone from this new design. What’s an accessory maker to do?

It’s my hope that companies like Brydge and Logitech, which also has made keyboard cases for the iPad Pro in the past, will embrace the possibilities of magnetic mounting and create their own accessories that match up well with all those magnets in the back of the iPad.

(And for the record, I wasn’t able to attach my new 12.9-inch iPad Pro to my refrigerator—the front of the fridge is a bit too curved, the iPad is a tad too heavy, and the magnets are not quite strong enough. Accessory makers will need to do better than my fridge.)

The new Apple Pencil design is pretty brilliant. Not only does its new flat side mean it’s less likely to roll off your table, but that flat side is magnetic, meaning it will fit perfectly against the new flat sides of the iPad Pro. That alone would be a big step forward for the Apple Pencil, which had nowhere to live on previous iPad models.

To attach the Apple Pencil, you really just need to hold it over the side of the iPad Pro with volume buttons—specifically, over the space where there’s a darker rounded rectangle. This is the Pencil connection zone, and when it aligns properly it closes with a pleasant snap. The Pencil is held firmly enough that you can’t shake it loose, though if you put it in your bag or even brush against it with your hand, it’ll probably come off.

Like the Apple Watch, this space is also cleverly doing double duty as an inductive charging zone. It’s a great combination, giving the Pencil a place to perch temporarily while also allowing it to get back up to full charge.

Or, if you’re roaming and don’t want to bring your Apple Pencil with you, just do what I did—stick it on the front of your fridge. It stuck there like a charm, right next to my souvenirs from trips and drawings my kids did when they were little.