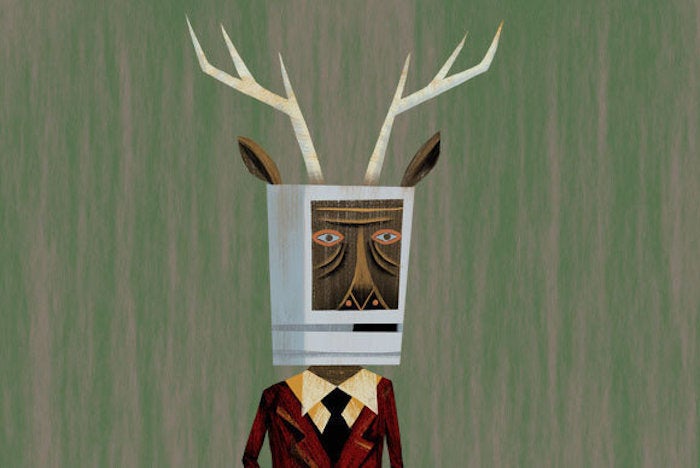 It seems like every year two things get moved up: stores putting up holiday decorations and doomtastic rumors about cuts to iPhone production orders.

Last year it wasn’t until December that reports of iPhone X production cuts were floated like so many lead balloons carried around by lead children. These reports went on for more than half a year until Apple reported two quarters of increased iPhone sales and repeatedly said the iPhone X was the best selling iPhone, you chowderheads.

Now, here it is only early November and already we’re being treated to breathless details of upcoming Black Friday deals, whirring maniacal mechanical Santas in Ace Hardware stores across the nation and, yes, reports of production cuts on the iPhone XR, which was released less than two weeks ago.

What’s that you ask? “Say, Macalope, wasn’t Nikkei the outfit that ran stories all winter long claiming Apple had cut iPhone X production orders in half or by even as much as 60 percent?” Why, yes, rhetorical device posing as a reader of this column, if that’s even your real name, it is exactly the same outfit and, surprise, here they are again.

This time Nikkei cites “disappointing demand” for the phone that has been called “the best iPhone for the money,”  “the iPhone suited to most of us,” and “affordability done right.” Who needs that? Sounds awful. Surely no one is buying it.

The Macalope isn’t going to mince words here: this report is 10 pounds of hot garbage in a 5 pound hot garbage bag that leaves you wondering who the hell is making bags specifically for holding hot garbage and why are they making them too small? MacRumors says it more gently.

Like a competitor at an archery contest shooting wildly into the crowd.

Well, Nikkei, the Macalope looks forward to debunking your reports for the next 8 months as you struggle to make it seem like Apple’s having sales problems.