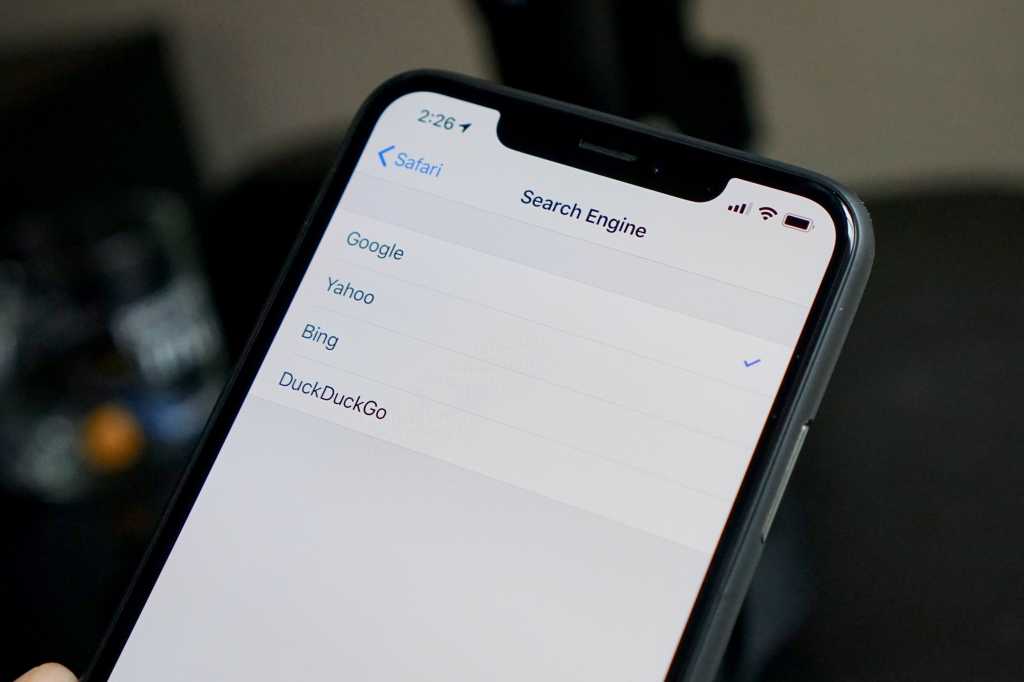 In a recent interview with  Axios on HBO, Apple CEO Tim Cook was made to answer a very uncomfortable question. He was asked how he squares taking billions of dollars from Google to make it the default search engine for Safari (both on Mac and iOS) with his company’s stance on privacy. Google is certainly not the only company that trades in monetizing your online activity, but it’s one of the biggest. And Google’s search is far from achieving the level of data privacy that Apple demands of its products and services.

Tim’s answer was honest, if not satisfactory.

“I think their search engine is the best. Look at what we’ve done with the controls we’ve built in. We have private web browsing. We have an intelligent tracker prevention. What we’ve tried to do is come up with ways to help our users through their course of the day. It’s not a perfect thing. I’d be the very first person to say that. But it goes a long way to helping.”

While Cook was right to point out the benefits of Safari’s intelligent tracker prevention, that’s only been around since iOS 11 (and the more stringent tracking prevention was only introduced in iOS 12). Apple has been selling out to Google for years.

In short, Cook said that Apple it is willing to compromise on its privacy stance if it means a better user experience. You may or may not think that’s okay, but it doesn’t jibe with the way Apple runs any of its other products.

The problem is, there’s no great alternative. Apple could make Bing or Yahoo its default search engine, but they don’t meet Apple’s privacy stance, either. And they’re just objectively not as good as Google, so why bother?

For Apple to ensure that searching the web—maybe the most important and common part of the computing experience—meets its own privacy values, it would need to build its own search engine to have full control over how data is and isn’t collected, and how the web is crawled and indexed.

Apple should buy DuckDuckGo and make it into Apple Search

There’s another solution. DuckDuckGo is a search engine that does not collect, store, track, or share any personal information about you. It doesn’t even log IP addresses or user agent strings. It’s a search engine that, at its core, shares the same ideals about privacy as does Apple.

And it’s pretty good! Complex search queries for advanced users aren’t quite up to par with Google, and it doesn’t do as good a job of digging down into obscure forums to find answers to obtuse technical problems, but for the average search made by the average user, it meets a high quality standard.

You can try it yourself. It’s easy to add to any browser, and you can change your Safari search in iOS to DuckDuckGo in Settings > Safari > Search Engine.

Apple should buy DuckDuckGo, invest heavily in scaling up capacity and improving its web crawling proficiency, and rebrand it as Apple Search. It should still be available to everyone (not just Apple users) at search.apple.com, but more importantly, it should be the new default search engine for Safari on macOS and iOS and for Siri web search results.

Yeah, Apple could start from scratch in building its own search engine, but why? Buying DuckDuckGo would give Apple several years’ head start on building core search technology and a huge index of the whole web along with a talented team of engineers that share Apple’s privacy priorities.

What’s in it for Apple?

Why should Apple bother? After all, it would take many millions of dollars to buy DuckDuckGo, and tens or hundreds of millions in ongoing costs to further develop and scale it. Not to mention giving up the billions a year that Google pays to be the default.

But the payoff could be huge. First and foremost, it puts Apple in control of one of the most critical user experiences on every device it sells: searching the web. Apple can ensure that its privacy and security goals are met for billions of daily searches made by hundreds of millions of users. For a company of Apple’s resources and ideals, that alone should be reason enough.

But there are other benefits. DuckDuckGo may not track user data, but it still makes money through advertising; it’s just not personalized advertising. If you search for “vitamins,” you get all the expected organic search results (including shopping links), as well as a couple of ads. Those ads are targeted to the search term, not the user—DuckDuckGo still has no idea who you are or what other searches you’ve ever made.

At the scale of “Apple default search engine,” that kind of ad revenue can bring in serious money.

A web search engine is also a massive data treasure trove that could prove invaluable for training Apple’s many machine learning (ML) technologies. All search engines have to continuously crawl webpages and search, sort, and index their content. Otherwise it has no idea what to show users when they search. This isn’t a privacy violation—it’s not storing information about users, it’s storing information about public webpages.

Training machine learning algorithms requires tons of data, and it is the core function of all search engines to literally collect it from all over the web. Owning all that data, and the means by which it is collected, could be a huge boon to Siri, computational photography, augmented reality research, and many other AI and ML projects. What’s more, improving search results is the perfect problem to solve with machine learning, and we all know how keen Apple is to apply ML and AI to everything it does these days.

Let me put it this way. If owning the default Safari search engine wasn’t enormously valuable, Google wouldn’t pay Apple billions of dollars for that privilege. Apple owning its own search isn’t giving up billions in free profit from Google, it’s gaining something worth billions of dollars to Google.

And buying DuckDuckGo is the fastest and likely most economical means of bootstrapping a hypothetical Apple Search. It would even be good for DuckDuckGo fans, as long as Apple keeps it available on the web and to other web browsers, not just to Apple device users. It would mean at least an order of magnitude more users and a huge boost in development resources (both money and talent), from a company that has the exact same privacy stance as DuckDuckGo. It’s a win-win.