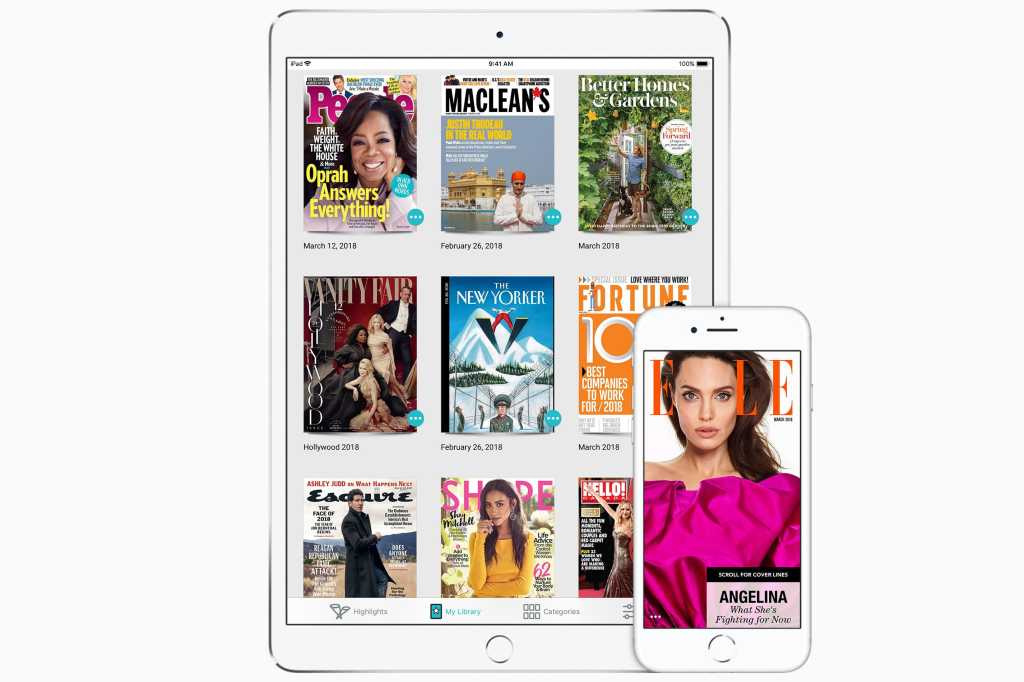 A new report from Bloomberg states that Apple is gearing up to launch its new magazine and newspaper subscription service. The report states that it may launch as early as spring of 2019 as a premium paid addition to the company’s News app, but publishers aren’t totally sold on the business terms.

You may recall that Apple agreed to purchase Texture, a Netflix-style “all-you-can-eat” digital magazine app, back in March. Texture features over 200 popular magazines, including Rolling Stone, People, Forbes, Vanity Fair, Vogue, Entertainment Weekly, Sports Illustrated, and (yes) Macworld, all for $10 a month.

Apple hasn’t done much with the service yet, but it reportedly plans to roll it into the News app. In addition to the current News app content, we may see a “premium” tier that costs around $10 a month and gives you access to all that Texture content and more.

Apple supposedly doesn’t just want to show magazine pages in the News app (which is how Texture works now); instead, it wants to reformat articles to look more like typical online content. That would probably create a better experience for readers, but magazines and newspapers may not want to give up control over their layout or do the extra work themselves.

What’s more, Apple wants to include top-tier newspapers like The Wall Street Journal and The New York Times, both of which provide a small selection of free content in the News app today. But getting just a small piece of Apple’s $10 subscription would be a huge drop in per-reader revenue for those daily newspapers.

Apple’s pitch, according to Bloomberg, is scale. The News app is installed by default in 1.3 billion iOS devices (and is part of macOS Mojave, too). Even if just a fraction of those users subscribe to the premium Texture content, it could mean tens of millions of new subscribers or more. Just a few cents a month from each of them could generate millions in revenue for those newspapers.

It’s going to be a tough sell. Apple’s devices are global, but newspaper content is regional: The New York Times may appeal to people all over the U.S., but it has less appeal in Europe or Asia. That makes the true reach of the News app much smaller than the full Apple install base.

What’s more, it’s not clear that a significant percentage of users would be willing to pay for premium content in the News app, no matter how good it is. The web has created an expectation that content is free, supported by ads and affiliate programs. It’s not clear that newspaper and magazine content can drive the kind of paid subscription sales we see with digital video or music.

Bloomberg states that the Texture app had roughly 200,000 subscribers when Apple acquired it, and that it paid out more than $15 million in revenue to publishers in 2015. (Publishers get compensated based on how much time readers spend with their articles.) Building Texture into the News app and giving it a marketing push will probably be enough to increase subscriptions tenfold, but is that enough for major newspapers to get on board? Can Apple boost subscriptions into the tens of millions?