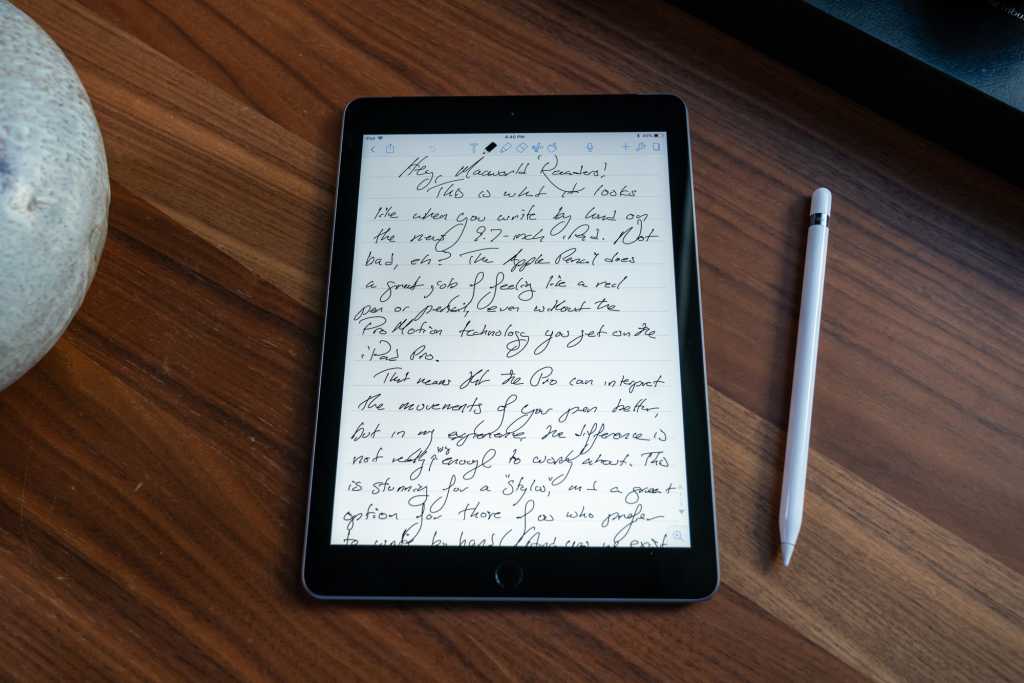 If you’ve been thinking about upgrading your pokey older iPad, today’s the day. Walmart is selling the latest version of the 32GB Wi-Fi iPad for $230Remove non-product link. That’s $40 cheaper than Best Buy’s current price and a whopping $100 off the Apple Store price. You probably won’t find a better deal before Christmas.

The current version of the standard Apple iPad features a 9.7-inch screen, Apple Pencil support, and a faster A10 processor. It doesn’t look all that different from previous iterations of the iPad, but design differences are tough for a big rectangle with a single physical button.

Still, you don’t really buy an iPad for a crazy new look, you buy it because it fulfills a need, whether that’s as a light duty laptop replacement, hand-held media streamer, or something more creative.

We really liked the new version’s Apple Pencil support and better-performing processor, which give the standard iPad somewhat of an iPad Pro feeling without increasing the size (or price).

And at $100 off? It’s a steal. You won’t find an iPad discount this steep very often, and especially on the latest model.