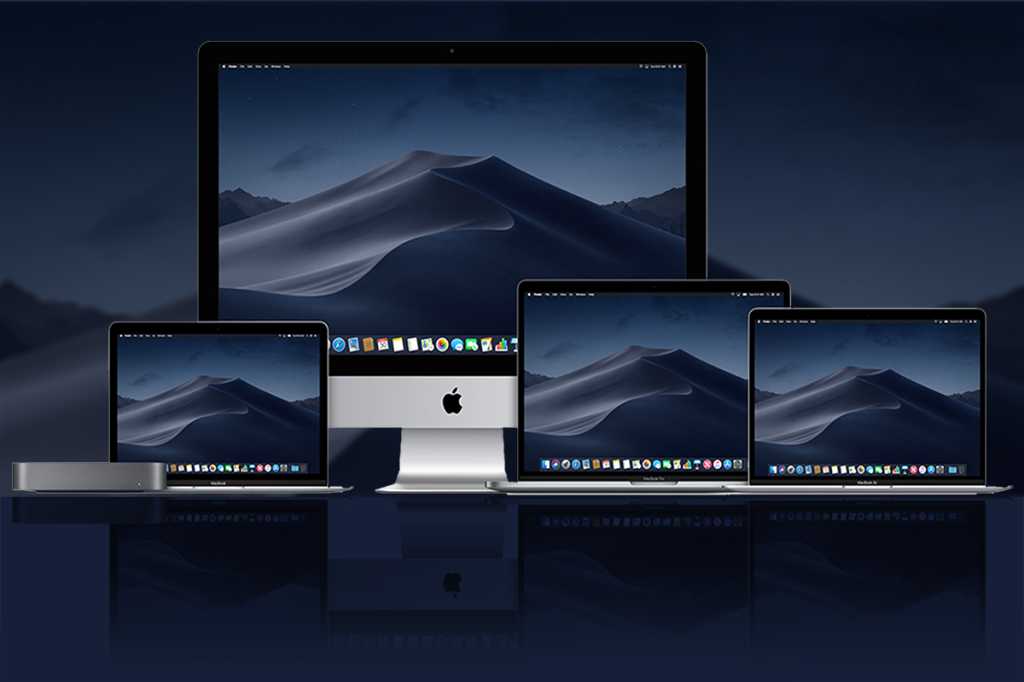 2019 is shaping up to be a big year for the Mac, and I don’t just mean a year where there are a bunch of new Mac models released, along with a macOS update, like almost every other year. This could be the year that everything changes. It’s potentially the most tumultuous year since the transition from the original Mac OS to Mac OS X.

So here’s my annual mix of prediction and wishcasting for the Mac in the coming year.

The Mac Pro arrives at last

Apple has done all 2019 look-ahead columns the great service of preannouncing the new Mac Pro (in 2017!) and, this year, admitting that it would arrive in 2019. The company has also said that it will be releasing its own external display, so no points for guessing that one, either.

It’s all about the details. Take the Mac Pro. I imagine it will be extremely configurable, with a base price that will be substantially higher than the $3000 base price of the “current” Mac Pro. The existence of the new Mac Mini and iMac Pro provide Apple with some alternatives for potential Mac Pro customers, which will give the Mac Pro a bit more room to be the device it needs to be.

Ideally a new modular Mac Pro would include Xeon processors and graphics chips at many levels just like the iMac Pro, and plenty of onboard flash storage and RAM, too. The question is, how upgradeable will the Mac Pro be? If Apple sticks to its current design trends in other devices, people will probably be disappointed. You can’t swap in new internal storage to most modern Macs, nor can you plug in a new graphics processor. That’s why the most likely scenario is that the new Mac Pro will be very much like a headless iMac Pro, with a wide range of choices but not a lot of upgrade potential down the line. (Let’s keep in mind, however, that plugging an external GPU into a Thunderbolt 3 port can give a major upgrade—and this may be part of Apple’s message.)

But let me go against the grain of Apple’s recent trends. Why make a Mac Pro if it’s just an iMac without a screen? Is a swappable screen, no matter how good, the only real reason to buy a Mac Pro? I can’t see it. So what I’m hoping for is a Mac Pro that zigs when the rest of the Mac zags, with slots for new graphics cards, banks of upgradeable internal storage, and pretty much anything else you can think of. The result will probably be the lowest-selling product by units in the Mac line, and it’s not going to be cheap—and that’s just fine. The Mac Pro will be engineered to be extreme, and priced accordingly. Otherwise, why even bother making it?

Regarding that external display. It wouldn’t surprise me if Apple actually makes two external displays, one that’s 4K and another that’s 5K or possibly even 8K. Apple can sell those displays to be attached to the Mac Pro, sure, but also MacBook Pros, the Mac mini, and even the 5K iMac and iMac Pro. Also I’m holding out slight hopes that the 4K display might also be a touchscreen and support the iPad Pro. I realize that’s not a Mac feature, but the Mac might still benefit from it when it comes time for other changes to the Mac interface.

All quiet on the laptop front

I want to predict an entire new design generation for the MacBook Pro models, but I don’t think I can. Call me a pessimist, but it feels like there’s so much potentially going on with the Mac in 2019—including that Mac Pro, new pro displays, and the recent re-engineering of the Mac mini and MacBook Air—that it’s asking a bit much for a rethought MacBook Pro with a different keyboard design, the replacement for (or next generation of) the Touch Bar, and more.

If the Mac is about to undergo a transition to Apple-designed ARM processors, it might make sense for Apple to keep the MacBook Pro where it is, a known quantity designed to received the latest Intel processor generations, while it makes changes in other areas.

I’m not convinced this is the year Apple will begin making the move to ARM, but if it does, my guess is that it will start with a new version of the 12-inch MacBook, which hasn’t been updated since 2017 and is still on its very first overall hardware design generation. What better product to lead the charge into a low-power ARM-powered Mac future than a new 12-inch MacBook? (And maybe it could have a touchscreen? I know, this is a running theme. Hang in there.)

The iMac didn’t get an update in 2018 so I’ll guess it will get one in early 2019. I’m still holding out hope that it will be a hardware redesign that follows the lead of the iMac Pro, with spinning hard drives banished from the equation. Even better would be an upgrade that adds Face ID, so that desktop Macs can start getting in on the biometric authentication craze that’s literally everywhere else already.

The iMac Pro hasn’t gotten an update in 12 months, so I’ll put it on this list, too. Perhaps it can inherit a bunch of new processor and graphics options at the same time the Mac Pro is released? Seems like a good time to do that. And Face ID on the iMac Pro, too, please.

iOS comes to the Mac at last

2018 is the year that iOS apps came to the Mac… if you count the four relatively rudimentary apps that Apple ported from iOS to Mac and included with Mojave. But 2019 is the year that Apple has said it will provide developers with a way to bring their iOS apps to the Mac. That’s big, but it has the potential to be enormous. And this is why I think that 2019 is the dawn of the Third Age of Mac.

At WWDC in June, Apple will have to explain what it’s doing with the migration of iOS apps to Mac. No drama there. But my hope is that this is a larger story, involving new tools for developers, a new set of design and user-interface guidelines, an interface refresh across iOS and macOS to make them more unified, and the creation of a unified Apple app platform. No more iOS or Mac apps—just Apple apps, that scale from iPhone to iPad to MacBook to iMac.

Sure, the Mac will continue to run classic Mac apps, but the road to the future will be written with what we currently think of as iOS apps. (Though I’m imagining that Apple will be using this opportunity to change and upgrade the development experience for iOS apps as well.)

The Mac will look different. The software it runs will be different. (But there will be much more of it, which is exciting!) And perhaps most intriguingly, when all of these apps built for touch interfaces make the move to the Mac, it makes it easier for Apple to introduce touch to the Mac interface for the first time.

The Mac is not a tablet anymore than it’s a typewriter. When I write on my iPad with an attached keyboard, I don’t touch the screen very often, and I’d imagine that it would be a similar experience with a touchscreen Mac. But touching a screen to scroll or quickly tap an interface element isn’t a bad experience at all—in fact, it’s what most of us expect from all our other devices.

Would touch on the Mac be perfect? Of course not. It’ll probably take years to shake out all the interface quirks. But if you wait until something is perfect, you’ll never get anywhere—or as Steve Jobs said, “real artists ship.” The Mac can’t continue as the only major computing platform with no support for touch; adding iOS apps to the mix and building a more compatible interface between macOS and iOS is the right moment to break down those barriers and start the adaptation process.

Nobody will be taking our mice and keyboards away, nor deleting the classic Mac apps that we’ve been using for years (or decades). That stuff will all still be there—but on a device that also lets you launch the Netflix app and use your finger to scroll through shows.

I think the Mac’s future looks bright—but it’s a future where the Mac is a device that combines the best of what’s on the Mac with the strength of Apple’s most popular operating system, iOS. Depending on what Apple announces in June, the Mac could be heading for some minor bumps or generational change. Count me in for the latter. I’m ready for the next phase of the Mac to start, and I think it’s going to start in 2019.