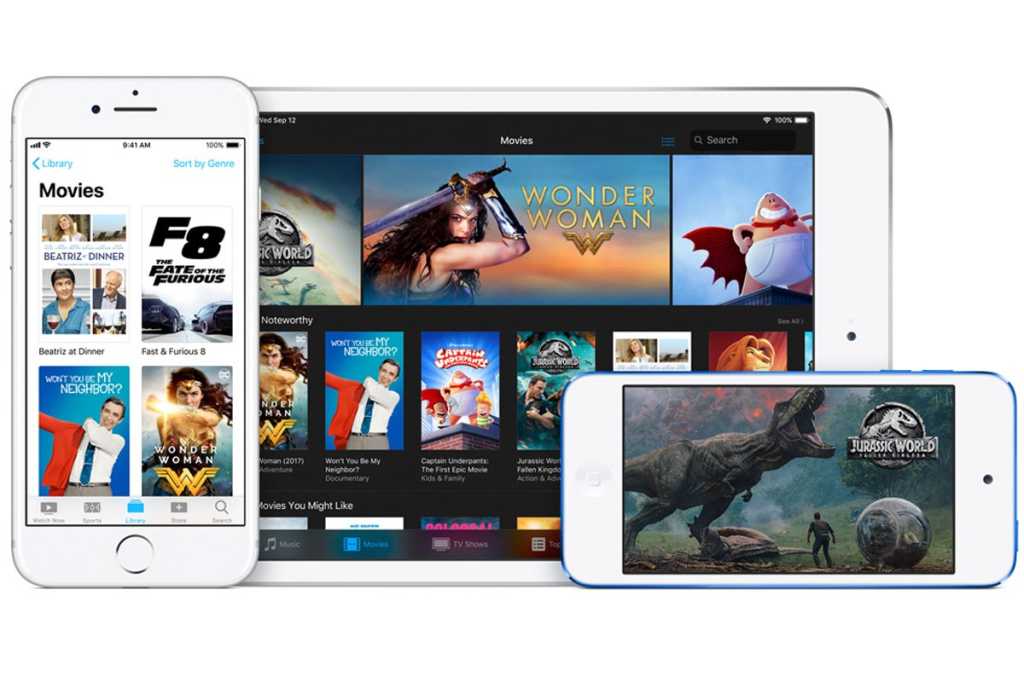 Apple and Samsung are friends again. In an announcement ahead of this week’s CES, the two former rivals have announced that an iTunes Movies and TV Shows app will launch on Samsung Smart TVs. Samsung says the app will launch on 2019 Smart TVs in the spring and it will also be available via a firmware update to 2018 sets.

This is a hell-freezes-over level of news. Apple has been notoriously guarded with access to iTunes movies and TV shows, even limiting authorizations to five computers and 10 total devices. It’s never allowed third-party home entertainment devices to stream movies or shows directly through iTunes before. With this partnership, however, Apple is allowing iTunes purchases and rentals to be made and viewed on a Samsung product with virtually no restrictions.

On top of the partnership with Amazon to allow Apple Music streaming, opening up iTunes streaming to Samsung TVs is a clear sign that Apple will be aggressively developing its Services business, perhaps to compensate for lagging iPhone sales. With a spring 2019 release, we just might be seeing the launch of Apple’s video streaming service at WWDC this year.

One thing to remember is that Apple and Samsung’s public enmity overshadowed a deep background relationship. Until now Apple has kept its distance from Samsung’s consumer division. On the other hand, Apple has long sourced iPhone components from Samsung’s chip and display companies.

According to the release, which includes a quotation from Apple SVP Eddie Cue, the app will represent an extraordinary loosening of Apple’s chains. Previously the only way to watch iTunes movies on a non-Apple device was by using iTunes on a PC or by syncing with the Movies Anywhere service. Streaming to a TV without an Apple TV box required complicated workarounds. With the new app, you’ll be able to watch movies and TV shows directly on a Samsung TV without needing to purchase Apple TV, or any Apple hardware for that matter.

In addition to the app, Samsung TVs will support Airplay 2 for streaming from Apple devices. The release also says the iTunes app will support “Universal Guide, the New Bixby and Search, to create a consistent experience across Samsung’s platform,” so you’ll be able to use Samsung’s AI assistant to access you’re Apple content. Insert flushed emoji here.

One caveat to the announcement. While Samsung says it will support 4K content streamed through the iTunes app, there’s no mention of picture quality beyond that. Specifically, iTunes supports Dolby Vision, which isn’t available on Samsung TVs. It’s doubtful that Apple will be encoding iTunes video to use Samsung’s semi-proprietary HDR10+ (a format no video service currently supports), so streams might not look as crisp as they could.

Nevertheless, the partnership, which will be exclusive at launch, clearly represents a new strategy for Apple. With a Netflix-style video service all but imminent, the new app is likely the start of a major expansion of the iTunes ecosystem, and it’s likely that Fire TV and Roku apps will follow. Late last year Apple opened up Apple Music to Amazon Echo devices in a push to expand the reach of its music service beyond phones and the HomePod.