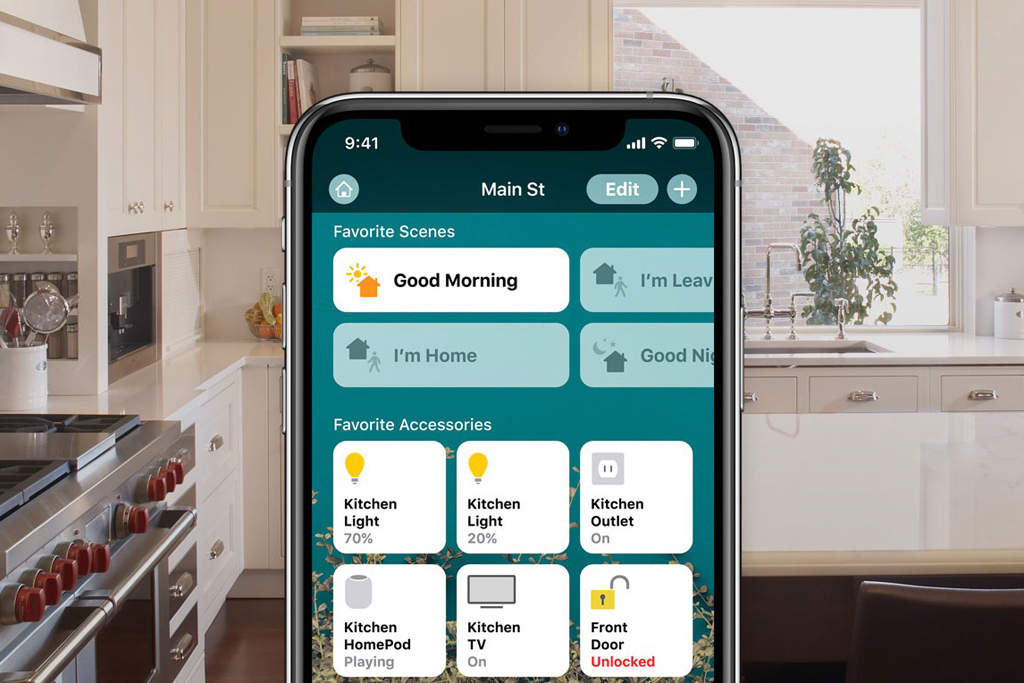 For a company that’s mired in its biggest stock slump in a decade, Apple sure isn’t wallowing in its poor sales. Without stepping foot in Las Vegas or making a single announcement of its own, Apple is having one of its best CES conferences in years, as companies turned to HomeKit en masse to boost their smart offerings.

While Google Assistant and Alexa controlled their fair share of the CES spotlight, they did little to overshadow Siri. In fact, Apple’s HomeKit was one of the surprise winners of this year’s show, as Sony, LG, GE, Vizio, Belkin, Arlo, Ikea, TP-Link and several others all rolled out products and updates featuring HomeKit integration, an abrupt turnaround from previous shows that all but ignored the iPhone maker’s smart home ambitions.

It’s safe to say that Apple can officially count itself as a major player in the smart home space. When the new HomeKit-enabled products start hitting the market later this year, consumers won’t need to buy specific HomeKit-enabled hardware, an earlier requirement that inhibited Apple’s smart home growth. With a few exceptions, customers will soon have the option to use one of three AI assistants each time they make a request to control something in their home, and that means one thing: Siri needs to seriously step its game.

While HomeKit has long been supported by major brands including Philips Hue, Ecobee, and Lutron, its offerings have been extremely thin compared to its peers. The CES announcements might have been relatively low-key, but the sheer number of them is what’s important.

The most interesting is TP-Link in that it’s updating one of its most popular plugs with HomeKit support. Long known as an affordable smart device manufacturer, TP-Link’s Kasa Smart Wi-Fi Plug Mini is one of the most popular entry-level smart outlets on the market, with nearly 2,500 4- and 5-star reviews on Amazon alone. Once the HomeKit update goes live in “early 2019,” anyone who owns one along with an iPhone will be able to test out Siri and the Home app, many for the first time.

The fact that TP-Link is even considering HomeKit means that Apple is breaking through. Cheap smart plugs are a great way to test out assistant and smart home functionality without breaking the bank, but people previously had to seek out a specific HomeKit plug from a pool of so-so options. Support for the Kasa plug opens up HomeKit and Siri to a world of possibilities, even alongside announcements from high-end brands such as Brilliant and Netatmo. That’s the difference with this year’s CES: Apple isn’t just courting luxury smart home brands—it wants everything to go through Siri. And even without a best-selling smart speaker, Apple is in a position of power.

Siri as the default

Earlier this week Google announced that Assistant is available on more than a billion devices around the world, trumping Amazon’s own declaration that more than 100 million Alexa devices are in the wild. Apple hasn’t chimed in on this measuring contest, but if it did, the number would be actually closer to Google’s than Amazon’s simply due to the amount of devices it sells.

However, the fight against Amazon is still an uphill one. When someone buys an Alexa device, they’re specifically buying it as a smart device, whereas Google and Apple sell hundreds of millions of AI-enabled phones and watches that might never actually be used for that purpose. There may be a billion Google Assistant-available devices, but other than the occasional alarm or weather report, many of them are likely not being used to summon Assistant at all and certainly not as often as Alexa.

But Google’s point is Apple’s too: Like a Trojan horse, it means that Siri and HomeKit are already living in hundreds of millions of people’s homes, just waiting to be used. The new infusion of HomeKit-enabled devices announced at CES will certainly jump-start use of the Home app and voice-controlled smart-home commands, but to truly challenge Alexa and Google Assistant, Siri needs to learn a bunch of new tricks.

Bigger than a voice

HomePod has been on shelves for nearly a year and Siri is still basically an afterthought for anything other than music. There are no skills or actions to personalize it. It can’t play games. There isn’t a kid mode. It doesn’t recognize multiple users. It’s difficult or impossible to integrate with a third-party service.

It’s not so much about smarts. If you’re taking home control, Siri is on par with the rest of the assistants: I can ask it to turn on my living room lights just as I would Alexa or Google Assistant and it obliges. It hears and understands me extremely well—often better than its competitors in fact. It knows a lot of stuff and is very quick to respond. But I still rarely use it.

Despite having all three assistants at my disposal in my house via a HomePod, three Google Homes, and numerous Echo devices, I pretty much only use my HomePod to play music. On the contrary, I ask my Echoes all sorts of things. My son plays games and listens to stories. And I have several Routines set up for home automation. The reason is simple: Alexa and Google Assistant have progressed beyond complicated setups and computer-centric automation and have become actual home companions.

A common refrain about Siri is that Apple rested on its laurels too long because its AI tech behind it was so far ahead of the rest of the industry. That may be true, but Apple also failed to develop Siri’s personality beyond the occasional quip.

An AI assistant’s personality is about more than its speaking voice. It’s about conversing and having fun. Google Assistant can answer my phone. Alexa says good night to my son and turns out his light. Those things are out of reach of Siri’s capabilities, and Siri Shortcuts is just too complicated to be a viable alternative to the routines offered by Google and Alexa. Until Apple opens up Siri and HomePod to an array of third-party skills and actions, and things like multi-user support and location awareness, it’s never going to elevate beyond a rote application that merely speaks and understands human voices.

HomeKit may have notched a win at CES, but Siri has a long way to go.