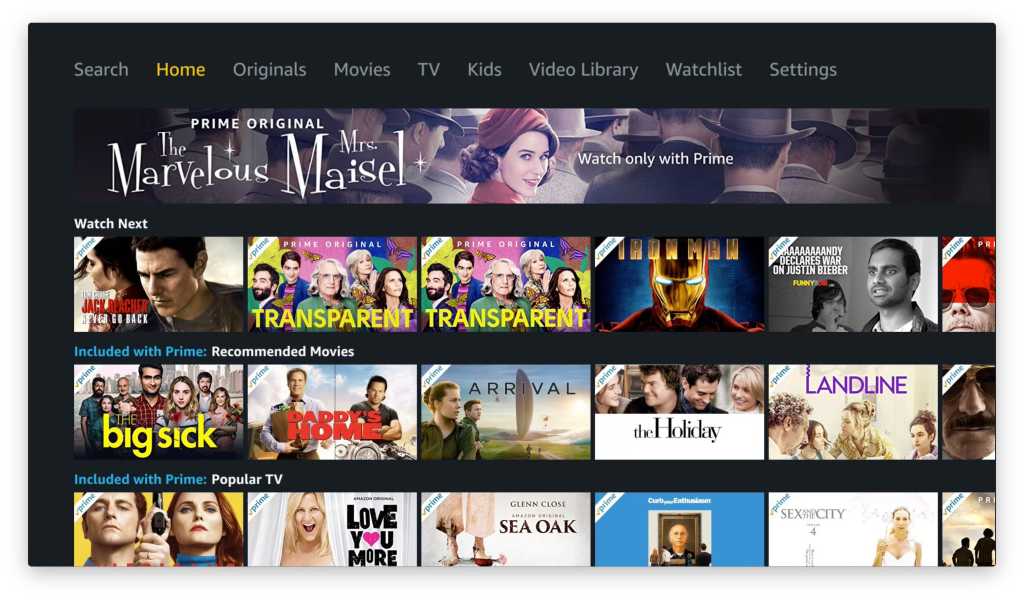 Apple doesn’t officially participate in the annual Consumer Electronics Show in Las Vegas, but this year it’s all over the show. That’s because Apple has been cutting deals with major TV manufacturers to embed support for AirPlay 2 (and in at least one case, the iTunes movie and TV stores) in their 4K HDR televisions, and CES is when TV manufacturers make big announcements.

I’ve heard from some people who are baffled about why Apple would make it so that people aren’t forced to buy an Apple TV in order to get access to Apple’s video content. Those people are, quite frankly, thinking about an Apple that no longer exists, namely one that’s committed to making money on high-margin hardware sales.

For the last three years, ever since Apple turned the spotlight on its Services revenue line in January 2016, Apple has been gearing up to offset slowing iPhone growth with a new category that can bring the kind of revenue growth that pleases Wall Street. Services is Apple’s fastest growing revenue category, on a constant upward trajectory that is unmatched by any other part of its business.

Bringing its TV services to the masses

This is the new Apple—one that’s still content to make money on selling Macs, iPads, and especially iPhones, but knows it needs to grow in other areas. Apple Music, the App Store, iCloud, and Apple Pay are all areas where Apple is making more money above and beyond the sale of hardware. There’s more where that came from.

As I wrote last month, the arrow has been pointing in the direction of Apple making deals with other companies for a little while now. Apple’s deal with Amazon to put Apple Music on the Amazon Echo was a sign that this is an Apple that’s not afraid to bring its services to hardware made by other companies.

And now at CES, we’ve seen the start of the avalanche. I have no doubt that Apple has been cutting deals with every premium TV vendor in existence, and so far we’ve seen Vizio, Sony, LG, and Samsung sign on. I have to believe more announcements are coming—and not just from TV makers. The logical step is for Apple to also get its services on other third-party video platforms, most notably Roku and Amazon Fire TV.

Roku makes its own boxes and embeds its software in lots of premium TVs, making a move to Roku a win-win for Apple. And given all the deals Apple and Amazon have announced lately—not just Apple Music on Echo, but Prime Video on Apple TV and Apple products officially available on Amazon.com—it’s hard to believe a deal for Fire TV support isn’t in the works.

AirPlay 2’s role in all of this

An open question is the nature of Apple’s deal with Samsung. So far, that’s the only deal to feature not just AirPlay 2, but a dedicated app for Apple’s services. Is that an exclusive? If so, how long does the exclusive period run? Or did TV makers have the option of supporting both AirPlay 2 and a dedicated app, and the announcements so far reflect Samsung’s ability to commit to a dedicated app when others couldn’t? It’s a bit of a mystery.

While the ideal situation is for every TV and box in existence to have an Apple video app—presumably that iTunes logo will be replaced with whatever the name of Apple’s subscription video service will be, if it isn’t “iTunes”—AirPlay 2 is a good fallback. The former allows anyone, regardless of their ownership of an Apple device, to play Apple’s video on their TV. The latter should work well and even integrate with Siri, but it does require you to own at least one Apple device.

AirPlay 2 does solve a major issue, which I described back in November—the idea that there are a lot of people who are in Apple’s ecosystem (i.e., they’ve got an iPhone or iPad or Mac) but are simply never going to be moved to pay $149 for an Apple TV box. If AirPlay 2 becomes common on modern TV sets, that eliminates the friction entirely, since you can buy, rent, or stream on that Apple device and then watch it on your TV, no extra box required.

More moves to be made

I also wonder if, as I speculated last June, Apple might ultimately move toward licensing tvOS to TV manufacturers, competing with Roku and webOS as embedded operating systems on smart TV’s. I’m not sure if this week’s announcements change my mind about that either way. It’s definitely a possible direction for Apple, and one that would seriously extend tvOS’s reach. But it’s also a little less strategically necessary than it was.

I also don’t really feel that this week is a death knell for Apple TV as a product. I believe there’s a place for premium, Apple-built products that exemplify Apple’s priorities and are made to please consumers who want the all-Apple experience. The HomePod can be a great standalone voice-controlled speaker system; if being the only place to voice-control Apple Music was the only thing keeping it in existence, it deserves to die. Likewise, the Apple TV will be a solid standalone option with Apple’s commitment to privacy and the ability to run iOS apps and the guarantee of the best experience Apple can build for its content and services. If that’s not good enough for it to carve out a niche, though, it should die. (I think both products will stick around and thrive as high-end options.)

What’s next? Most obviously, the unveiling of Apple’s new video service. While the Hollywood trades are full of reports about all the deals Apple is making with major stars, star producers, and studios, Apple has kept mum. We don’t know the service’s name, its price, or when it will roll out.

The only guarantee is this: When Apple does announced its service, the one it’s been building for 18 months, it will take some people by surprise. Apple’s change in strategy has been clear, from its focus on Services revenue to its expensive TV deals, for a while now. But if you think of Apple as a company that just sells boxes for money, 2019 is only going to get more surprising from here.