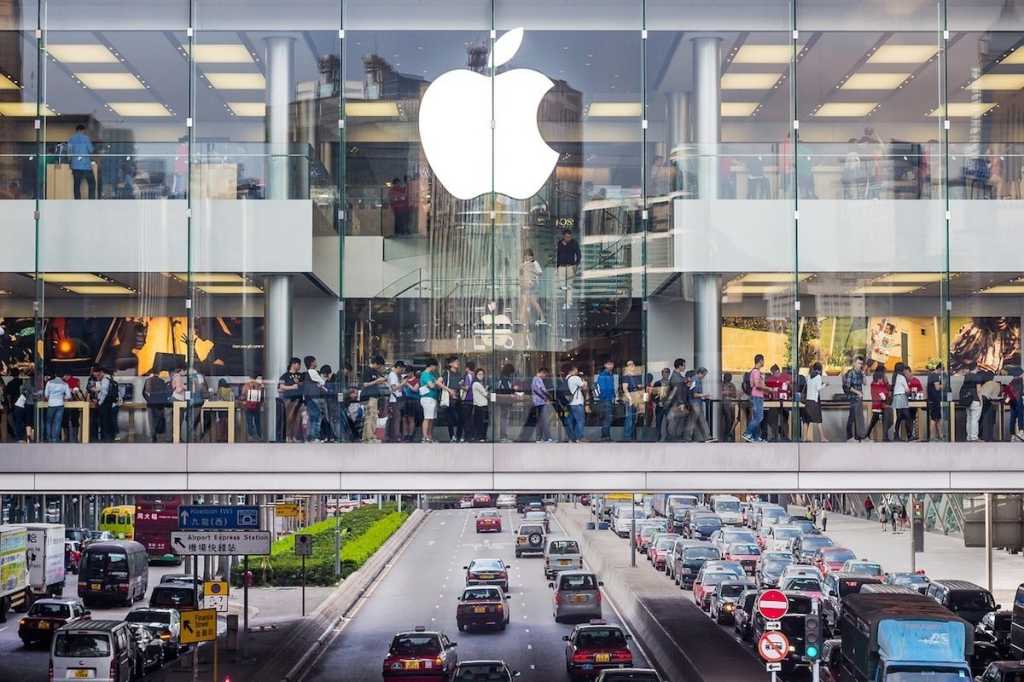 Just when you thought 2019 was going to be all about Services, spot-on analyst Ming Chi-Kuo has predictions about Apple’s hardware plans—and they are big. As reported by 9to5Mac, new iPhones, Macs, iPads, and even the iPad touch are reportedly due for a refresh before the year is up, and we might even finally be able to buy an AirPower.

And it’s not just updates. Kuo also predicts Apple will be releasing some brand-new products along the way, including some tantalizing new Macs. According to the report, Apple is planning a downright blitz in 2019, and it’s hard to not get excited at what could be in store.

Why this matters: Add it all up and you’ve got what could be a monumental year for Apple. After a rocky start that saw poor iPhone sales and a public squabble with Facebook and Google over apps, Apple could be gearing up for a blitz of new products the likes of which we haven’t seen in years. Get your wallets ready.

Surprisingly, the Mac could be the big winner of 2019, with several new models. First up is the long-ago promised  modular Mac Pro, and Kuo says it will indeed have “easy to upgrade components.” Additionally, there could be a new Mac display, the first since the Thunderbolt Display was discontinued in 2016. Kuo says the 31.6-inch display will support a whopping 6K resolution, besting the resolution of the current iMac Pro.

2019 might also bring the first truly new MacBook Pro in years. According to Kuo, Apple may be planning to dump the 15-inch mainstay for a new 16-inch model (that we can only hope brings a new keyboard, too). Rounding out the new notebooks will be a new 13-inch model that supports 32GB of RAM (up from 16GB in the existing model), Kuo says.

Anticipation level: Through the roof. There’s nothing here I don’t want and I’ve already saving for that insane monitor.

Even though Apple recently released the new iPad Pro models last November, Kuo says Apple will give it a bump this year with a new processor, likely the A13X. He also confirms the rumors of a new iPad mini, but only mentions a new processor. The 9.7-inch iPad might be due for a major change, too. Kuo says the screen will get a half-inch boost to 10.2 inches, which could mean the home button is going away.

Anticipation level: Moderate. The iPad mini is one of the most underrated products in Apple’s catalogue and it’s long-overdue for an upgrade. A 10.2-inch iPad is compelling as well, especially if it keeps the same $329 price tag.

Kuo reiterates reports that the new iPhone models won’t be changing all that much this year, with the same sizes, screen, and design for the 2019 lineup. He also says the Lightning connector will be sticking around, despite the new iPad Pro gaining USB-C last year.

Among the new features will be ultra-wideband wireless radios for indoor mapping, frosted glass rear cases like that found on the Pixel 3, and reverse wireless charging. He also says the new iPhone will feature a triple camera array as well as battery and Face ID enhancements.

Anticipation level: Low. Until Apple figures out a way to embed the camera under the display there isn’t too much it can do to radically change the iPhone. Frosted glass sounds nice, though.

After a major overhaul last year that saw bigger displays and an electrocardiogram sensor, the upcoming Series 5 watch will be a small update, according to Kuo. He predicts ECG support will be expanded to additional countries and a new ceramic casing design will debut, possibly marking the return of the Edition line.

Anticipation level: Zero. If it’s anything like before, the ceramic model will be nice but too expensive for most people to consider.

Apple hasn’t released a new iPod touch since 2015, but Kuo says a new model with a new processor is on the way. He also chimes in on the recent AirPods rumors, saying that the new wireless charging case will ship before the summer, alongside a minor refresh.

Anticipation level: Moderate. Kuo doesn’t suggest this, but an iPhone X-style iPod touch would be the on the top of holiday wish lists for kids. I’m keeping my fingers crossed.

Finally, wouldn’t you know it, AirPower is still a thing. Kuo says it will arrive in the first half of the year, which probably means it will ship alongside AirPods 2.

Anticipation level: High. AirPower is basically a myth at this point, so an actual shipping product would be nothing short of legendary.