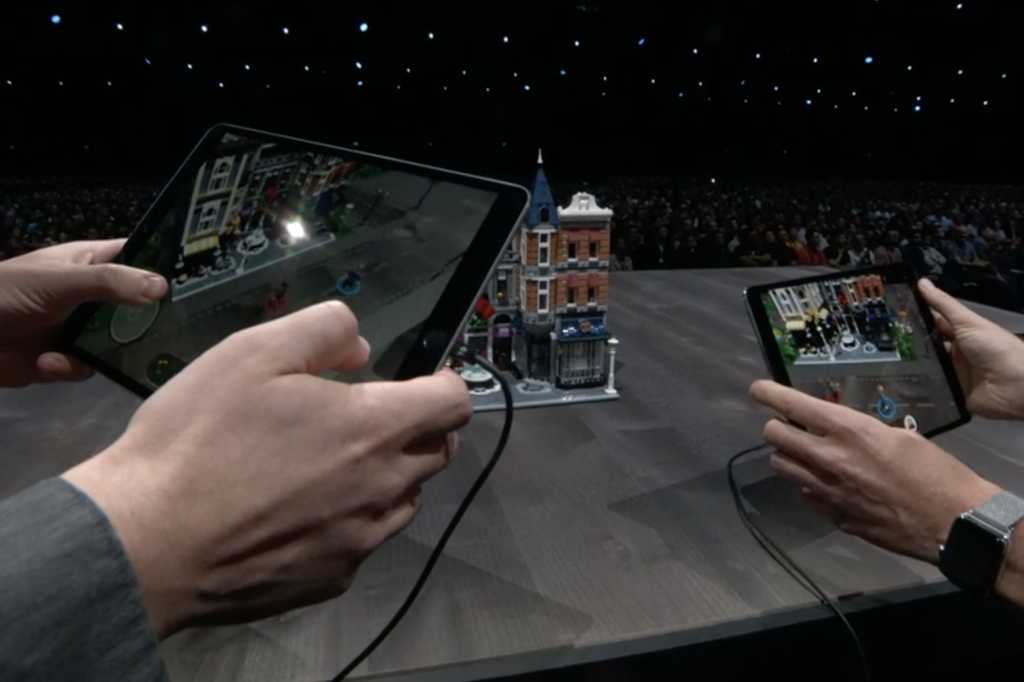 Almost a year ago, we wrote about a report from CNet that Apple is working on a wireless AR/VR headset for release in 2020. Given the current state of related technologies, the advanced combined AR-and-VR headset described in that report seems wildly unrealistic.

Now, a new report from Apple analyst Ming-Chi Kuo makes a prediction that is a little more down to earth. Kuo’s predictions are by no means perfect, but he has a better track record than most and is dialed-in to the supply chain Apple relies on.

Kuo’s prediction is that Apple will begin manufacturing its first-generation AR glasses either late in 2019 or in the first half of 2020, for release in 2020. He claims the glasses will support only AR, not AR and VR, and will require an iPhone to work. The iPhone would do much of the computation, wireless networking, and global positioning, while the AR glasses would only process their fine position/orientation and display.

This would allow the glasses to be smaller and lighter, with better battery life. Kuo’s predictions don’t include the design, price, resolution, field of view, or many other important details.

Apple is investing heavily in Augmented Reality, to the degree where it seems some sort of future Apple eyewear is all but assured. The company’s efforts to make great phone-based AR tools with ARKit are second-to-none. Tim Cook has spoken several times about his excitement for the tech, saying it will “change the way we use technology forever.” That’s not the kind of thing Apple would want to skip over, or even follow up with a me-too product. An Apple version of HoloLens isn’t going to cut it. If the company’s CEO feels that AR is that transformative, it would obviously to lead the way with a real consumer-oriented product and strong ecosystem that moves millions of units. Just as with Apple Watch, Apple would want not necessarily need to be first with AR, but the first to really get it right and break into the mainstream.