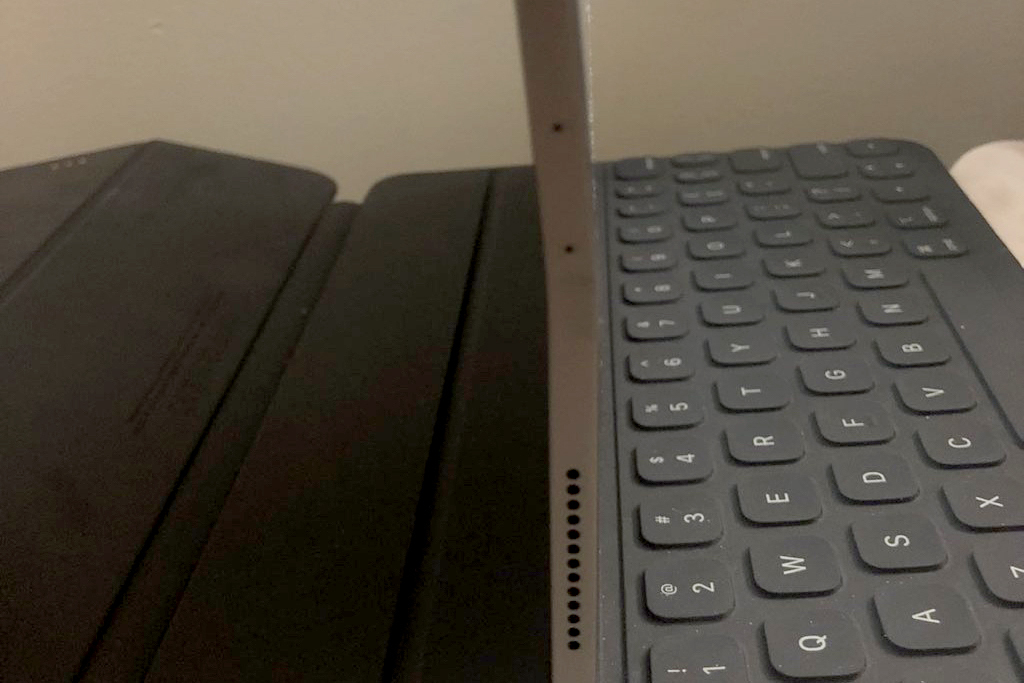 Editor’s note: A reader contacted Macworld with this tale of a bent iPad Pro and his struggle to get it repaired, but requested that we only use his first name in the article.

When reports started surfacing late last year of bent iPad Pro devices and Apple’s unwillingness to repair or replace affected units, they didn’t register on Marcus’s radar. Having just bought a tablet in July, he wasn’t in the market for a new one. Even though his 10.5-inch iPad Pro was part of the previous Touch ID generation, Marcus was perfectly happy with it, having safely secured it with an Otterbox Defender case from the moment he unboxed it.

When he started experiencing issues with his iPad stuttering and shutting down last month, he figured it would be an easy trip to the Apple Store. After all, it was still under warranty and Marcus had a great track record of Apple tablets, this being his fourth.

But when he arrived at the Apple Store his luck changed. The genius on duty told Marcus that his six-month-old iPad was unrepairable and he would have to pay $449 to buy a replacement unit. Why? Because it was bent.

Marcus was bewildered, since, as he told me, “There is zero chance I bent, dropped, or did anything to my iPad,” since he rarely travels with it and never removes it from the case. Marcus, who did not purchase AppleCare+ for his iPad, explained that when the Apple technician couldn’t get the iPad to reboot after a factory reset, he examined it for damage and informed Marcus that the left side of the tablet was bent and it would not covered under the standard warranty because it had been physically damaged by the user.

What’s more, Marcus said he couldn’t even see how and where the iPad was bent even though the technician could. As you can see in the photo above, the iPad shows no noticeable unevenness, seemingly falling well within Apple’s acceptable 300 to 400 micros range of deviation. But even so, the Apple Store refused to repair the iPad, even though it should have been covered under the 1-year warranty.

Marcus took his iPad home, restored it (even though the technician couldn’t), and brought it to a second store in Illinois. The technician there was able to diagnose the problem, but also refused to resolve it. The genius at the second store was able to track the issue down to “a connection issue to the main board” and also blamed the issue on bending, though curiously they disagreed with the first store on the location, telling Marcus that the right side was more bent than the left. But no matter, they wouldn’t fix it without the same hefty fee.

The fix is in

In both cases, the Apple Store flat out refused to help, blaming Marcus for the issue and criticizing him for raising concerns over things he read on this site and others. Marcus told me that the technician scoffed at the notion that iPads were arriving bent, and said “articles and form posts indicating bent iPads from the factory are not real.” That cavalier attitude comes directly from Apple, since the company hasn’t issued any guidance on the issue other than a support page article explaining away any issues with the new iPad Pro.

That support article is hardly supportive. Instead of offering a fix, Apple provides an in-depth explanation of the iPad Pro unibody enclosure design and assurances that the new tablets “meet an even tighter specification for flatness than previous generations.” Apple blames the iPad’s new straight edges and the presence of “antenna splits” on the cellular model for “subtle deviations in flatness more visible only from certain viewing angles that are imperceptible during normal use,” Basically, if you think it’s bent, you’re looking at it wrong.

Apple adds that the “small variances do not affect the strength of the enclosure or the function of the product and will not change over time through normal use,” but based on Marcus’s experience at the Apple Store, that’s not entirely true. Technicians at two separate stores agreed that his iPad was experiencing functionality issues due to barely perceptible bending issues with no signs of outside trauma. Even if it wasn’t a factory defect, which seems unlikely, Marcus’s iPad demonstrated the same behavior that an iPad Pro with acceptable “small variances” would. Apple wouldn’t fix those, either.

Even after the second opinion, however, Marcus refused to cave. He decided to send it into an Apple Repair Center (which you can do though getsupport.apple.com), and lo and behold, he was sent a replacement unit “the very same day” his defective iPad Pro was received. As they say, Apple’s left hand doesn’t appear to know what the right hand is doing.

Despite the “absolute madness” Marcus experienced trying to fix his iPad Pro, he’s happy with the conclusion. He has a fully functional iPad with the same warranty as before and the only thing it cost him was time and some aggravation.

Far more troubling than the hoops Marcus needed to go through to fix his iPad Pro are the people who unwittingly forked over $449 to fix their under-warranty iPad Pro. Apple has built its reputation on trust and commitment, and customers expect timely and satisfactory resolutions to their problems, especially within the first year. By refusing to acknowledge that there could be a manufacturing defect or engineering issue that may sour or completely bork your iPad experience, Apple is basically telling customers to buy at their own risk, which is no way to sell a thousand-dollar tablet. And since the 10.5-inch iPad Pro that Marcus has is essentially the same chassis as the new iPad Air, what assurance do we have that people buying them won’t have the same issues in six months?

That’s why Marcus wanted to tell his story. He still keeps an old shattered iPad around as a reminder of how fragile they are, and thought his investment was protected with a sturdy case. Even so, had he not fought back, he would be out an additional $449 and would have basically admitted that he somehow caused his iPad to bend just enough to impact the logic board over time. And he wants all iPad Pro users to do the same.

“This (result), in my opinion, further validates my position that my iPad was not bent or damaged by me,” Marcus said. “It should also serve as a warning that people may end up paying out of pocket for something that they should not have to.”