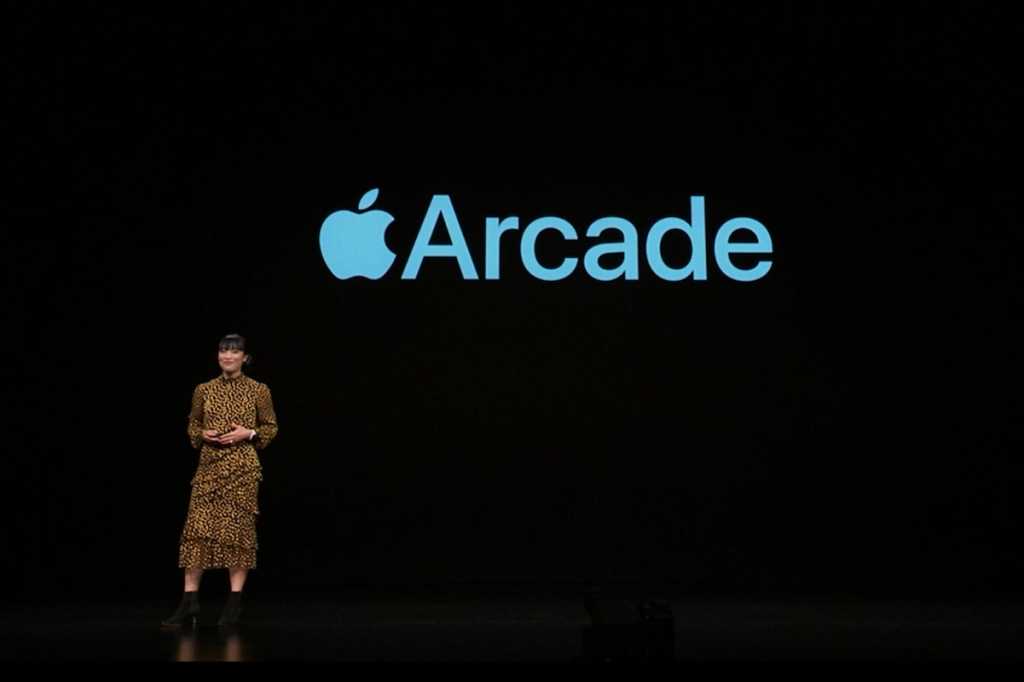 Apple’s new gaming service is called Apple Arcade, which you, O loyal Macworld reader, may recognize as the name I use for my column on Mac and iOS gaming. I suppose we can effectively declare the column dead.

It’s a cool name, though, and what Apple showed us on stage at its “Show time” event looks like a cool service. Beginning sometime in the fall, you’ll be able to pay Apple an unspecified subscription fee that grants access to around 100 “new and exclusive” games. None of the games will have in-app purchases, and they will only be playable on iOS devices and Macs. All of the games will be accessible offline.

This is all smart stuff as games have been among the primary drivers of revenue for the App Store for years now. Apple Arcade could be a sign that Apple is finally taking games seriously, and here’s why I’m looking forward to that.

Some games that require an internet connection already allow this—such as Hearthstone—but Apple is underplaying what a massive shift this is. Indeed, it may be a subtle hint that iOS 13 will introduce Apple’s “Marzipan” service, which aims to make it easier for developers to code for both iOS and macOS. As some games will always be easier to play on a traditional computer rather than a smartphone or tablet, it’ll be great to have the option.

Apple is focusing on ‘artistic’ games, which is a valuable niche

Notably, none of the games Apple showed off today were of the brutal, bloody, adventure variety that so often characterize “AAA” games. Instead, many were more “artistic” creations, such as Monument Valley, that emphasize artistic style over graphical complexity. In one case, we saw Where Cards Fall—an isometric coming-of-age story. In another, we saw Lifelike, which involves manipulating swarm behavior, like the type found in a school of fish or a murmuration of birds. As Apple itself said, these are the kinds of games that usually win awards.

Not all of the games Apple showed today are from relatively obscure indie developers, as Apple is also funding storied talent such as Hironobu Sakaguchi, creator of the Final Fantasy series. Other recognizable names involved with Apple Arcade include Disney, Konami, Annapurna Interactive, and Devolver Digital. It’s an appropriate direction for Apple, too. People still associate Apple products with art and design, and every game we saw on the stage pairs well with that reputation.

Look, yes, mobile games bring in a ton of cash. That’s partly why Apple was able to call iOS the “largest gaming platform” today. The fact remains, though, that many people associate mobile gaming with “free to play” games, which nickel-and-dime players to the point where they could easily end up paying far, far more than they might have if they paid $10 for the game from the start. As Apple pointed out, paid games usually don’t require people to make in-app purchases, but the fixed price can scare off users who want to be absolutely sure a game is awesome before they plunk down $5 or more.

None of the games included in Apple Arcade will feature in-app purchases. The flat subscription fee is all you’ll pay—you won’t even have to deal with in-game ads. While we still don’t know what Apple will be charging, the value proposition is that you can pick and choose from all the available titles for that fixed rate. Of course, this isn’t going to stop you from dropping $30 on an addicting freemium puzzler like Toon Blast or other games outside the Apple Arcade offerings—those will still be available via a separate tab in the App Store—but it’s a step in the right direction.

Partly because of issues like in-app purchases and ads, mobile gaming has a bad rap in the wider gaming community. Even when mobile games are good, they’re often ports of games that were originally found on other systems like the Xbox One or the PlayStation 4. As a result, mobile ports often feel like an afterthought. Put another way, the iPhone is where good mainstream games go to retire.

A curated, funded service from Apple that consistently delivers high-quality games could change all that. By prohibiting in-app purchases, Apple would keep its service free from the worst negative associations of mobile games. By curating the games it hosts, Apple could maintain the high standards its known for. And by keeping the games it hosts as exclusive to iOS and macOS as possible, players will begin to associate Apple Arcade with quality—which may eventually lead to a better respect for mobile games in general.

Subtle clues that Apple wants to get serious about gaming have been dropping for months. With iOS 12, for instance, Apple finally allowed MFi (Made for iPhone) controllers to use the “L3” and “R3” buttons, which you normally activate by pressing down on a gamepad’s thumbsticks. For whatever reason, Apple previously wouldn’t certify controllers that allowed you to do this, which effectively made some iOS ports unplayable. I don’t think it’s an exaggeration to say that this kept iOS gaming from being bigger than it could have been. The new Rotor Riot controller is the first one to take advantage of that, and I have little doubt that others will follow suit in the near future.

For that matter, Apple has also relaxed its stance on remotely streamed games. Last year Apple pulled Valve’s Steam Link app right before its launch last year, supposedly because the app allowed you to buy games from Steam without giving Apple its 30 percent cut. Apple recently greenlit the PS4 Remote Play app, though, which essentially does the same thing but with a PlayStation 4. It’s a sign that Apple is more wary of chasing off gamers than in the past.