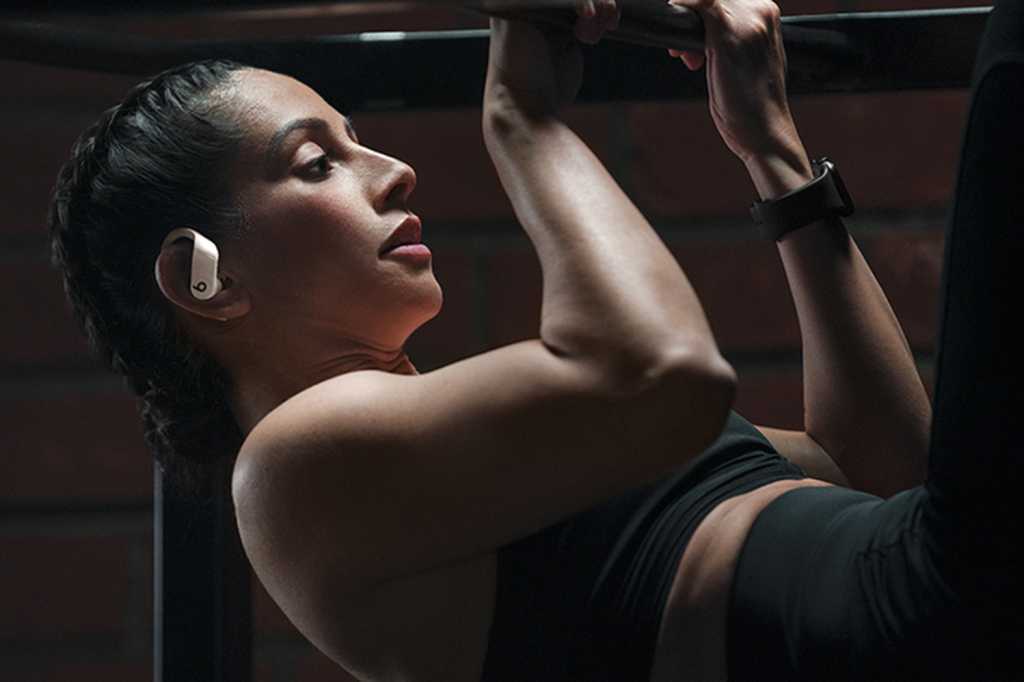 After a flurry of leaks and an unmistakable billboard in California, Apple has officially unveiled the new Powerbeats Pro, which brings an all-new design that eliminates the neck cord and adds a wireless charging case to the popular Powerbeats 3 Wireless earphones.

Following the second-generation AirPods release, the Powerbeats Pro has all of the same features that Apple offers with its own true wireless earbuds, including hands-free “Hey Siri” support, sensors that pause the music when one of the Powerbeats Pro earphones is removed from your ear, and the new H1 chip for faster syncing and switching between devices.

The Powerbeats Pro also features up to nine hours of listening time on a single charge (versus 12 hours on the Powerbeats 3),  and five-minute charging that provides 1.5 hours of playback when battery gets too low. Of note, the charging case has a Lightning port rather than micro USB on previous Powerbeats, suggesting Apple isn’t ready to abandon the proprietary connector just yet.

The Powerbeats Pro also has sweat and water resistance, and new “adjustable, secure-fit earhooks” to make sure they won’t fly out while exercising. Beats says the Powerbeats Pro “delivers powerful, balanced sound with dynamic range and noise isolation for a premium listening experience.”

Powerbeats Pro is coming soon for a price of $250. It will be available in four colors: ivory white, black, moss green, and navy blue.

Why this matters: All in all, Apple has combined the technology of AirPods with the Powerbeats 3 performance for Powerbeats Pro. Design-wise, the Powerbeats Pro sticks to the somewhat bulky over-ear fit instead of the dangling white sticks Apple trademarked with the AirPods. But for many people, the Powerbeats Pro is a best-of-both-worlds proposition, combining Apple’s latest tech with the athlete-driven Beats style and sound.