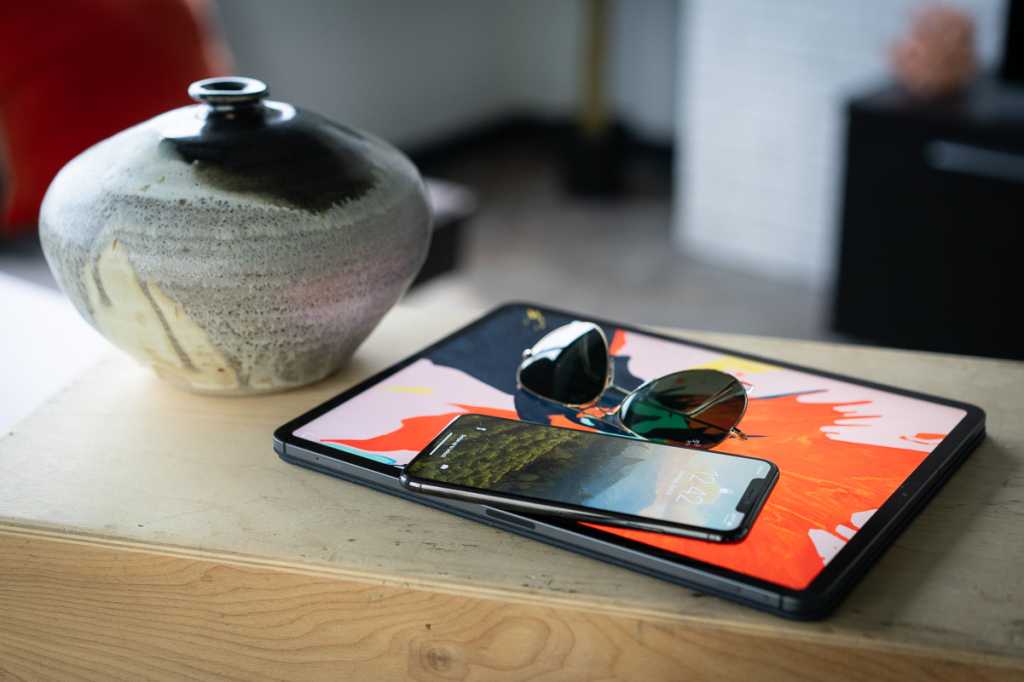 With just two months to go until Apple’s expected unveiling of iOS 13 at WWDC19 on June 3, 9to5Mac published a report from “people familiar with the development of the operating system,” and if accurate, the iPhone and iPad are in for some major changes this fall, including several of the features we’ve been clamoring to see.

First and foremost is dark mode. While the Mac gained dark mode with macOS Mojave last fall, the iPhone and iPad are still saddled with bright colors. According to 9to5Mac, iOS 13 will finally be gaining “a system-wide Dark Mode that can be enabled in Settings, including a high contrast version, similar to what’s already available on macOS.” Additionally, the report states that developers will have the ability “to use a different status bar style (light or dark) for each side of a Split View (side-by-side apps).”

Another overdue features reportedly due to arrive for iPhones and iPads in iOS 13 is a small but significant one: the volume UI. While it currently takes over the whole screen for a few seconds while watching a video, 9to5Mac says that iOS 13 will get a less-obtrusive heads-up-display. “Hey Siri” will also get better rejection “for common mistaken noises such as laughter and crying babies,” as well as “better multilingual support for keyboards and dictation, and expanded in-app printing controls.”

A rebirth for the iPad

The rest of the rumored changes are exclusive to Apple’s tablet. Bloomberg reported last year that Apple was delaying a massive iPad overhaul until this year, and based on 9to5Mac’s report, it will be worth the wait.

Most notably, Apple will reportedly be adding “the ability for apps to have multiple windows.” While details are somewhat light, 9to5Mac says that windows “will also be able to contains sheets that are initially attached to a portion of the screen, but can be detached with a drag gesture, becoming a card that can be moved around freely.”

Apple deploys a similar interface with picture-in-picture on the iPad, but we’ve yet to see it come to other apps. 9to5Mac says that windows will be able to be “stacked on top of each other, and use a depth effect to indicate which cards are on top and which are on the bottom.” That sounds a lot like something we’ve been waiting for years for: a macOS-like interface on our tablets. And of course, Apple will make use of the touch screen on the iPad by adding the ability to fling windows away to dismiss them rather than tapping a tiny “X.”

Among the other iPad features reportedly arriving in iOS 13 are an undo gesture so you won’t need to maniacally shake your iPad to fix errors anymore. 9to5Mac says the gesture “starts as a three-finger tap on the keyboard area, sliding left and right allows the user to undo and redo actions interactively.”

Another overdue feature due for Apple’s tablet is proper font management. As 9to5Mac explains, “It will not be necessary to install a profile to get new fonts into the system anymore. Instead there will be a new font management panel in Settings. A new standard font picker component will be available for developers and the system will notify the user when they open a document that has missing fonts.”

While Apple is sure to upgrade all or most of its own apps in iOS 13, 9to5Mac specifically calls out a series of changes reportedly due for Mail. The app will be gaining several features coveted among third-party clients, including sorting and snoozing.

Apple will also be making it easier to collaborate using third-party document apps, and a series of new gestures will “allow for the selection of multiple items in table views and collection views.” According to the description, selection users will be able to drag multiple items with multiple fingers, “similar to clicking and dragging in Finder on the Mac.”

Add it all up, and you’ve the biggest iOS overhaul in years. Stay tuned to Macworld for Apple’s official unveiling at WWDC.